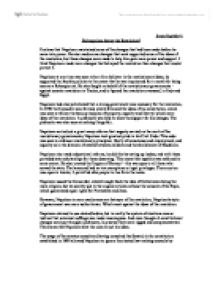 Did napoleon betray the Revolution?

A tax on salt, sort of like the gabelle, was introduced. This went against the ideals of the revolution as it sought to lift the burden from the poor. Napoleon also did not make life easier for the workers, they were not allowed to form unions, which meant that if the employers were unjust or had them working in a dangerous environment, then they could not speak out against it. Also they were forced to carry a livret, which restricted their freedom of movement. Napoleon also reintroduced the idea of Catholicism being the main religion in France, but he did this for his own good rather than that of the people. It suited Napoleon because it ensured loyalty as all the priests were under the pay of the state, and they along with the bishops and archbishops were chosen by it too. Napoleon had never worked in order to preserve the revolution, but used its ideas to help his increase his popularity and ensure that he was seen as a good leader, that is however what the revolution did not want: a leader. He crushed all opposition and restricted speech so that his faults and mistakes could not be obvious to France at large. He did not try to create equality but his ideas and reforms, such as taxation, helped the rich to get richer, whilst restricting the poor, he did not deem it necessary to increase land tax to make the distribution of income more even. ...read more.

A proletarian king, he humiliated kings and nobles in his antechamber. He leveled ranks not by lowering but by raising them." He insured religious tolerance. He consolidated and preserved the gains of the Revolution. Alexis de Tocqueville wrote that Napoleon "fell, but what was really substantial in his work lasted; his government died, but his administration continued to live..." The Bourbon Prince de Conde summed up Napoleon as "One-third philosophe, one-third Jacobin, and one-third aristocrat." http://www.napoleonseries.org/faq/revolution2.cfm Napoleon both preserved and perverted the aims of the revolution. He did this because he knew how to make compromises with those social groups with political and civil power. The bourgeoisie were the clear winners of the Revolution, and Napoleon made sure that their gains were maintained. The aristocracy and clergy returned home, somewhat shell-shocked, no doubt. Although their powers had diminished, they still held important social and political positions. When we turn to the artisans and the peasantry of France, a different story emerges. The artisans experienced little immediate gain from the French Revolution. After aiding the Jacobins in their quest for a republican democracy, they were told to go home following the death of Robespierre on the Ninth of Thermidor. Although broken in spirit, the artisans would again emerge throughout the course of the very revolutionary 19th century. And then there were the peasants. Knowing only hardship to begin with, their lives perhaps changed the least. They simply returned to their farms and life went on as usual. http://www.historyguide.org/intellect/lecture15a.html Great site about Napoleon himself and how he ruled. ...read more.