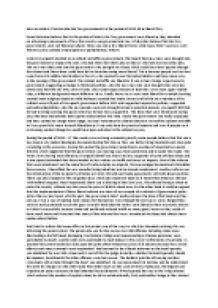 How accurate is it to describe the Tory governments in the period of 1822-30 as liberal Tory?

﻿How accurate is it to describe the Tory governments in the period of 1822-30 as liberal Tory. Some historians believe that in this period of history the Tory government were liberal as they intended on reforming some aspects of how the country was governed and run. While other believe that the Tory governments were not liberal at all and there was only a few liberal Tories while many didn?t want any such reform such as catholic emancipation or parliamentary reform. In 1822 Liverpool's decided on a catholic reshuffle in government, this meant that new men were brought into the government to replace the ones who had either lost there jobs or died or who had received other jobs. The new men that came into the government who brought new ideas which could have been passed through the cabinet and there ideas could have led to them becoming more liberal. This is because people such as Peel came from rich middle class families in the city who wanted to see that industrialists could have more a say in the running of the government. The cabinet reshuffle was liberal as it was a clear change in personnel in government, suggesting a change in think and policies. Also the new men who were brought into were less aristocratic that the old, they weren?t lords who owned large amounts of land they were more upper middle class; a different background meant different views. ...read more.

Peel seemed to be a liberal reformer as the death penalty was abolished for over 180 crimes and it was left for the judge to decide whether the death penalty should be imposed. Punishments for other offences were less severe. The barbaric practise of burying suicides crossroads with a stake through the heart was abolished. He was open about his motives and he understood the need for change. On the other hand Peel relied much on the work of Henry Hobhouse, the diligent and experienced under secretary he had inherited from Sidmouth. If Peel opened the way to the Whig reforms which reduced the number of capital crimes he did so unintentionally. Only noticeable change in the criminal law arrived only in the 1830?s under the Whig government. Another reform in the home office was the prison reform this was because the conditions in prisons were poor. They were overcrowded. Filthy, insanitary and disease ridden; child offenders were put with hardened criminals. The jailers were unpaid and were paid only by the prisoners themselves. The jails act removed some of the worst abuses of the prison system. Magistrates were to inspect prisons at least three times a quarter. However there was nothing liberal about this reform, Peel did little about the shortcomings in penal provision. Peel believed that evil should be punished and he supported the use of corporal punishments such as the whip and the treadmill. ...read more.

As the old system was out of date and the distribution of seats did not reflect the population changes in the country. There was also no secret ballot which meant that the franchise was open to corruption and bribery. Some Tories were in favour of parliamentary reform, as people such as Canning were brought up from an industrial background and because of this wanted to see them areas get more of say in the running of the country. Surprisingly also some Ultra Tories eventually supported reform as they could see that there was no other way they were going to stay in power unless there was some slight reform. But some Tories were completely opposed to reform, and they opposed even the slightest amount of reform. Some Tories only supported reform as they wanted to bring down Wellingtons government because they thought it would produce a parliament opposed to catholic emancipation. Overall I believe that the Troy government during this period was not liberal. This is because that some of the reforms they did implement were for just practical reasons and they were just a continuity of ideas that had been mentioned in years before. There were no huge changes that could suggest that the Tories were liberal and also only some Tories supported reform while some didn?t want to see any change. But during this period there was slight change in the government and it could be seen that the Tories were gradually becoming more liberal and if they had won the next general election they could have pushed on with liberalism. ...read more.