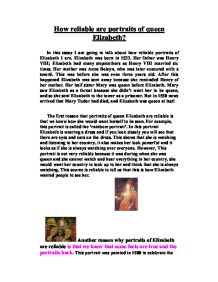 how reliable are portraits of queen elizabeth?

How reliable are portraits of queen Elizabeth?

In this essay I am going to talk about how reliable portraits of Elizabeth 1 are. Elizabeth was born in 1533. Her father was Henry VIII; Elizabeth had many stepmothers as Henry VIII married six times. Her mother was Anne Boleyn, who was later executed with a sword. This was before she was even three years old. After this happened Elizabeth was sent away because she reminded Henry of her mother. Her half sister Mary was queen before Elizabeth. Mary saw Elizabeth as a threat because she didn’t want her to be queen, and so she sent Elizabeth to the tower as a prisoner. But in 1558 news arrived that Mary Tudor had died, and Elizabeth was queen at last!

The first reason that portraits of queen Elizabeth are reliableis that we know how she would want herself to be seen. For example, this portrait is called the ‘rainbow portrait’. In this portrait Elizabeth is wearing a dress and if you look closely you will see that there are eyes and ears on the dress. This shows that she is watching and listening to her country, it also makes her look powerful and it looks as if she is always watching over everyone. However, This portrait is not very reliable because it was during when she was queen and she cannot watch and hear everything in her country, she would want her country to look up to her and think that she is always watching. This source is reliable to tell us that this is how Elizabeth wanted people to see her. 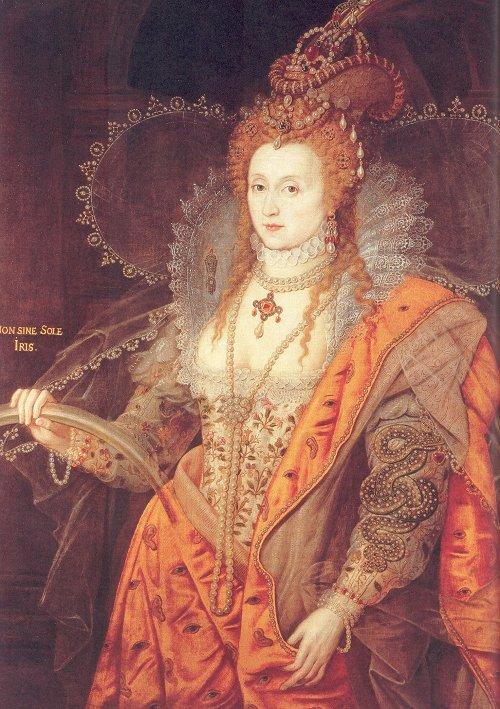 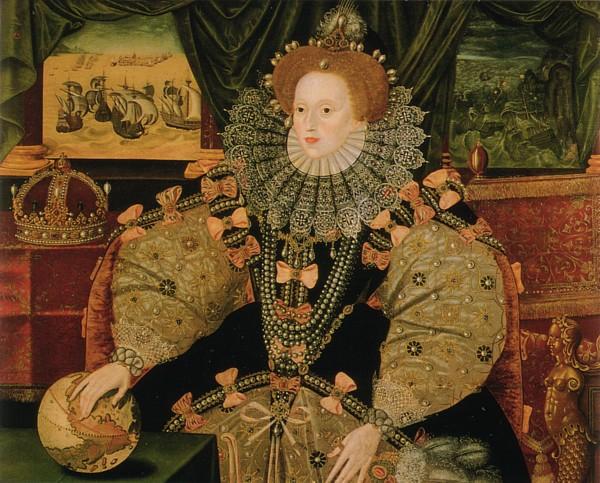 Another reason why portraits of Elizabeth are reliable is that we know that some facts are true and the portraits back. This portrait was painted in 1588 to celebrate the victory of the English over the Spanish armada. In this painting queen Elizabeth has her hand on globe. This portrait was made when the queen had just defeated the Spanish armada, so in the background we can see through the windows that there are boats sailing and on the other side we can see people at war. The globe represents that she has power over the whole world and it also shows that she is very in control and powerful. It is reliable because we know that the English defeated the Spanish armada, but it is unreliable because we do not know if she really looked like this because she would want to seem powerful and victorious. 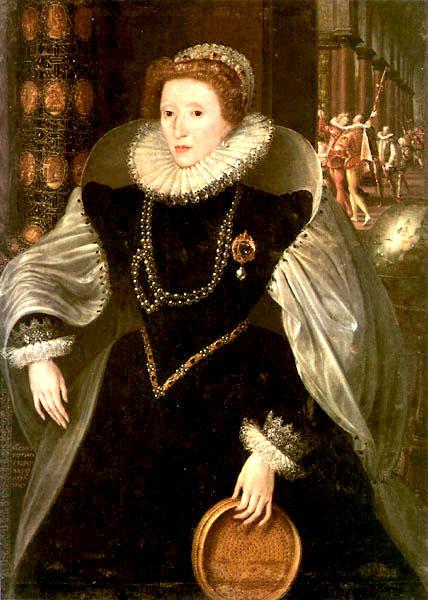 This famous ‘sieve’ portrait was painted in 1583. She is carrying a sieve because of the roman myth, which was that virgins were able to carry water in a sieve. This myth was called the vestal virgins. The sieve represents that she is a virgin. This is reliable because, by carrying a sieve shows that she wanted her country to think that she was a virgin, and also she said that she was married to her country. However, we know that this is not true because we know that she had many boyfriends so she can’t be a virgin. This portrait is also unreliable because we do not know if that is what she really looked like because she would want to look very innocent and would want to be respected. 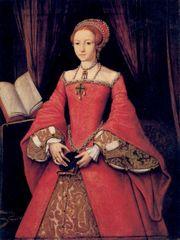 This is a portrait of Elizabeth as a young girl. It was painted in 1546. She is shown as young and innocent, she also looks quite naive. She is holding a bible so this makes her look religious. It is reliable because she is very young and she was not queen at the time. So she had nothing to prove to the country. Although she was not queen yet, it is still unreliable because this was the way that her father, Henry viii, wanted her to be seen, so we cannot trust this source about what she looked like. Her father was king so he would want people to think that his daughter is very innocent, religious and pretty. 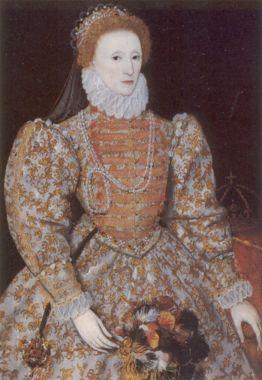 This portrait of Elizabeth was painted in 1600. She is wearing lots of make up. I do not think that this painting is reliable because in 1562 Elizabeth had small pox and this leaves pits and scars. But in the portrait, you cannot see anything on her face. But it could be reliable because one courtier said, “she was continuously painted not only over her face, but on her neck and breasts also, and that was in some cases nearly half an inch thick” This shows that she used lots of cosmetics so all the scars and marks could have been covered up.

This is a portrait of Elizabeth in her last years and it was painted a few years after she had died. She looks very tired and ill. She appears very weak and old. She also looks quite ugly compared to the paintings while she was alive. It is reliable because it was painted after she died so she could not tell the painter how to make her look, the painter can paint her how she really looks like. If he did that while she was alive he could have been killed for it. It is unreliable because the painter could have disliked queen Elizabeth and painted her in a bad way, or someone could have told the painter how to paint her.

I think that portraits of the queen are not reliable because there will always be a specific way that she would want herself to look, and how she wants other people to see her. Even before she was queen it is not reliable because it would be the way that her parents would want her to look. I think that the paintings after she had died were more reliable because she had died and could not tell anyone how to make her look. However, I still think that the paintings are unreliable because in 1562 Elizabeth had small pox but you cannot see this in the portraits. And also French ambassador described her face as: “very aged, long and thin. Her teeth are very yellow and unequal…many of them are missing so that one can not understand her easily when she speaks quickly.” You can’t see this description in any of the portraits.