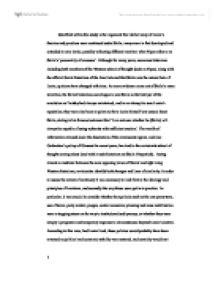 Identified within this study is the argument that whilst many of Lenin's theories and practices were continued under Stalin, many were in fact developed and extended to new levels, possibly reflecting different motives: what Pipes refers to as Stalin's...

Identified within this study is the argument that whilst many of Lenin's theories and practices were continued under Stalin, many were in fact developed and extended to new levels, possibly reflecting different motives: what Pipes refers to as Stalin's 'personality of excesses'. Although for many years, numerous historians including both members of the Western school of thought (such as Pipes), along with the official Soviet historians of the time believed that Stalin was the natural heir of Lenin, opinions have changed with time. As more evidence came out of Stalin's mass atrocities, the Soviet historians soon began to see Stalin as the betrayer of the revolution as Trotsky had always maintained, and in an attempt to save Lenin's reputation, they were also keen to point out how Lenin himself was unsure about Stalin, stating in his famous testament that 'I am not sure whether he (Stalin) will always be capable of using authority with sufficient caution'. The wealth of information released since the dissolution of the communist regime, and also Gorbachev's policy of Glasnost In recent years, has lead to the revisionist school of thought coming about (and with it such historians as Sheila Fitzpatrick). Acting almost as mediator between the now opposing views of Soviet and right wing Western historians, revisionists identify both changes and lines of similarity. In order to assess the extent of continuity it was necessary to look first at the ideology and principles of Leninism, and secondly the way these were put in to practice. In particular, it was crucial to consider whether key policies such as the one-party state, use of terror, party control, purges, central economic planning ...read more.

as large as possible. A parallel can be drawn between Lenin and Stalin through their economic policy, with central planning being key to both. Keeping the economy within the hands of the state was a major feature of Lenin's policy, and he wanted this to evolve so that the state was given increasing power over it. Even during his NEP (new economic policy), which reintroduced market mechanisms, the state not only controlled key industries and banking but also regulated agriculture, by fixing prices for example. Stalin abandoned the NEP in favour of the 'Great Turn', increasing the power of the state to direct the economy and keeping everything within a single plan, and also collectivising agriculture, doing (as Pipes puts it) exactly 'as Lenin had desired'. Stalin's five year plans can be seen even more as a result of Lenin if the substantially more socialist economic policy of War communism is seen as their foundation. Pipes also stresses the fact that both Lenin and Stalin made sure that all autonomous labour organisations (such as trade unions and factory committees) were made wholly ineffectual which again highlights continuity. E.H. Carr is also of this view, stating that Stalin's industrialisation through his five-year plans was 'inevitable'. However, Roy Medvedev is of quite the opposite opinion, stating that in returning to the methods of War Communism, 'Stalin acted not in line with Lenin's clear instructions, but in defiance of them'6. Although giving many examples to illustrate this, he focuses on Stalin's 'hasty policy of forced collectivisation' and 'mainly administrative rather than economic methods to carry out industrialisation'. ...read more.

Whilst Western Right Wing historians are quick to point out how Lenin's hunger for power was littered with empty promises on the way to the October revolution, his writings show that he truly had continuous commitment to the revolution right up to his last days. In Stalin's case, it is clear that he did build on Lenin's blueprint with Pipes stating that he carried out Lenin's agenda 'to a successful conclusion'11 . However, he attempted this in too explicit a manner, and in creating the 'cult of Lenin', he ended up going directly against Lenin's wishes for such an idea not to be perpetuated, something symptomatic of Stalin's whole career as the USSR's megalomaniacal leader. Although justifying every single action against Lenin's principles to the people, his drive became far too polluted by his own personal views and impulses. Therefore, despite the fact that some aspects of Lenin's approach to power clearly influenced Stalin, he cannot be seen as the sole begetter. 1 Sheila Fitzpatrick, The Russian Revolution, 2nd edition (1994) p98 2 Stephen J. Lee, Lenin and Revolutionary Russia (2003) p98 3 Lenin quoted in 'The Unknown Lenin' (1996) Document 24, p.50 4 R.Pipes, Three Whys of the Russian Revolution (1988) p.83 5C. P. S. U. - History of the Communist Party of the Soviet Union (1939) p229 6 R.Medvedev, 'The Political Biography of Stalin' in R.C. Tucker (ed.) Stalinism, Essays in Historical Interpretation (1977) 7 Geoffrey Swain - Lenin: Tyrant or Saviour (Modern History Review) p.4 8 http://www.marxists.org/archive/lenin/works/1917/staterev/index.htm 9 Stalin, quoted in 'From Lenin to Stalin', Victor Serge, (1937) 10 I.Deutscher, The Prophet Unarmed: Trotsky 1921-1929 (1959) - p.465 11 R.Pipes, Three Whys of the Russian Revolution (1988) p.83 1 ...read more.