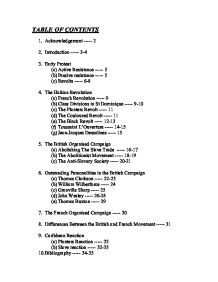 The mayor agreed that Strong had committed no crime and should thus be set free. James Somerset was the property of Charles Stewart, a customs officer from Boston, Massachusetts, then a British colony in North America. Stewart brought Somerset to England in 1769, but in 1771 Somerset escaped. He was recaptured in November and imprisoned on a ship bound for Jamaica, also a British colony. At this point, Sharp intervened and the captain of the ship was ordered to produce Somerset before the court of King's Bench. The judge, Lord Chief Justice Mansfield, ordered a hearing for the following January. In fact, following an adjournment, it was not until February 1772 that the case was heard. In the meantime, it had attracted a great deal of attention in the press, and members of the public were forthcoming with donations to fund lawyers for both sides of the argument. When the case was heard, five advocates appeared for Somerset, speaking at three separate hearings between February and May. These lawyers included Francis Hargrave, a young lawyer who made his reputation with this, his first case. Essentially, it was argued that, while colonial law might permit slavery, those laws did not apply in England, nor could such an important law exist in England unless it had been specifically enacted by Parliament. This had not taken place. Moreover, English contract law did not allow for any person to enslave himself, nor could any contract be binding without the person's consent. The arguments thus focused on legal details rather than humanitarian principles. When the two lawyers for Charles Stewart put their case, they argued that property was paramount and that it would be dangerous to free all the black people in England. Lord Mansfield, having heard both sides of the argument, retired to make his decision, and prevaricated for over a month. Finally, on 22 June 1772, he made his ruling: "no master was ever allowed here to take a slave by force to be sold abroad because he deserted from his service, or for any other reason whatever". ...read more.

These included. 1816 Barbados This revolt lasted only two days .The main reasons it occurred was that the slaves had heard about the campaign in Britain to abolish slavery and they felt that their masters were withholding their freedom. The revolt resulted in the death of many slaves. 1831 Jamaica The revolt started on December 27 and involved as many as fifty thousand slaves. A Baptist deacon Samuel Sharpe had read articles from England which indicated that emancipation was close and wage labour would come to Jamaica. He tried to organize a peaceful protest in order to gain benefits and wages for the slaves, but the confrontation ended in a rebellion. Fifteen whites and four hundred slaves were killed during the fighting. While one hundred others including Sharpe was executed. Most, if not all slave rebellion that took place in the early nineteen century was fueled by news out of Britain about the possible liberation of the slaves and the feeling that the planters were trying to prevent it. The teachings of the non- conformist missionaries also contributed to the feeling of discontent that the slaves had about their plight and thus helped to spark these revolts. In the end these rebellions helped to hasten the passing of the Emancipation Bill, because it made the British public aware that the slaves wanted their freedom and it also made sugar from the West Indies more expenses relative to sugar from India which did not use slave labour. BIBLIOGRAPHY William Claypole & John Robottom Caribbean Story Book One Third edition Published in 2001 Carlong Publishers P.O. Box 489 Kingston 10 33 Second Street New Port West Kingston, Jamaica James Carnegie & Patricia Patterson The People Who Came Book Two Carlong Publishers P.O. 489 Kingston 10 33 Second Street Newport West Kingston, Jamaica Clinton V. Black History of Jamaica Collins Clear-Type Press London and Glasgow R. Greenwood and S. Hamber Emancipation to Emigration Macmillan Education Publishers London and Basingstoke Kamau Brathwaite and Anthony Phillips The People Who Came Book Three Carlong Publishers P.O. ...read more.