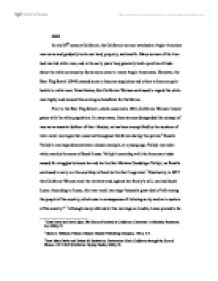 Rosalia Vallejo. Prior to the Bear Flag Revolt, which occurred in 1846, Californio Women lived at peace with the white population. In many cases, these women disregarded the concept of race as an essential definer of their lifestyle, as has been exemplifi

dddd In mid 19th century California, the Californio women watched as Anglo-American men came and gradually took over land, property, and wealth. Many women of the time had married white men, and in the early years they generally held a positive attitude about the white community. Some soon came to resent Anglo-Americans. However, the Bear Flag Revolt (1846) caused some to become suspicious and others to become quite hostile to white men. Nevertheless, few Californio Women continued to regard the white men highly and viewed this coming as beneficial for California. Prior to the Bear Flag Revolt, which occurred in 1846, Californio Women lived at peace with the white population. In many cases, these women disregarded the concept of race as an essential definer of their lifestyle, as has been exemplified by the numbers of inter-racial marriages that occurred throughout California during this period.1 Rosal�a Vallejo's marriage demonstrates a classic example; at a young age, Vallejo married a white man by the name of Jacob Leese. Vallejo's courtship with the American trader caused for struggles between her and her brother Mariano Guadalupe Vallejo, as Rosal�a continued to carry on this courtship without her brother's approval.2 Eventually, in 1837 this Californio Woman took the initiative and, against her family's will, married Jacob Leese. According to Leese, this inter-racial marriage "caused a great deal of talk among the people of the country, which was in consequence of its being so sly and not a custom of the country." 3 Although many referred to this marriage as trouble, Leese proved to be well intentioned. The American trader soon earned the acknowledgement and respect of the powerful Vallejos as he became involved in the family business. The marriage purchased land, raised a family, and lived a good life together. Rosal�a represents an aspect of how the Californio Women viewed the American man; as a man worth spending the rest of their life with, a man worth taking a risk, good men. ...read more.

Vallejo had seen too much, she had lived through too much to forget. Although Vallejo's daughters have received an American education to the fullest of their abilities, Vallejo in no way has wanted to assimilate to this culture which was brutally enforced upon her people, "I have not forgotten the insults heaped upon me and not being desirous of coming in contact with them. I have abstained from learning their language."12 The harm brought upon this woman and her family during the time of the American acquisition has followed her endlessly. Dorotea Valdez, held similar views to Vallejo's regarding these newly appeared white men. Dorotea's testimony against the white men is once again reflected in her opinion regarding Fremont, as she states, "Bear Flaggers were worse than the despised troops of Governor Manuel Michelterona." 13 She regards Fremont's actions as more like those taken by thieves rather than people who sought to better the territory they were attempting to invade. Once again Valdez responds to Fremont's promise to make things better, by stating that this promise was in vain. All he and his troops did was bring chaos upon the Californio lifestyle as she recalls, "His men stole horses, saddles, aguardiente, and anything they could lay their hands on." 14 Fremont's men abused the power they had obtained through their hostile attitudes towards the Californio people. Throughout her interview, Dorotea Valdez compares Fremont's men to the disliked troops of Governor Michelterona; however, although Michelterona's troops were disliked, in comparison to Fremont's men Michelterona had gentlemen on his side. Another Californio lady who showed hatred towards the Americans was a fine woman by the name of Teresa De la Guerra. Prior to the American invasion, the De la Guerras held the title of an elite family in California. However, their financial situation was greatly affected by the intrusion of the American people into Californian soil. ...read more.