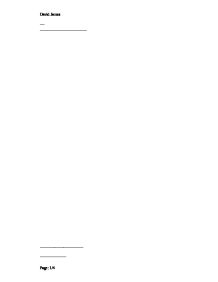 To what extent has the agenda of world politics changed by the al-Quaeda attacks on the USA on September 11th 2001?

To what extent has the agenda of world politics changed by the al-Quaeda attacks on the USA on September 11th 2001? Since the end of the Second World War, various forms of threat have challenged global order. Clearly nothing since 1945 has been so devastating, but waves in the ocean that is the modern world order have challenged global leaders into difficult times. At first with the continuing rise to power of the Soviet Union and their massive efforts to strive towards nuclear domination against the United States, the world braced itself for the onset of potential nuclear war. Never was this so evident than in 1962 and the events of the Cuban missile crisis. But as the Cold War slowly came to an end with the dismantling of the USSR, world politics looked to be finally settling towards a far more peaceful period. "The international community is now pre-occupied with other issues such as the search for a 'New World Order', the disparities in wealth between developed and developing countries and environmental issues" (White, Little & Smith, 2001, p2), but on September 11th 2001, it became clear that this agenda needed to be firmly changed. A terrorist group had killed thousands on American soil, though many would argue that it was not unexpected (Fred Halliday quotes in 'The World in 2000' having discussed the embassy bombings in East Africa which were also linked to al-Quaeda that: "there is no reason to believe that such actions will not recur..."(Halliday, 2001 (pre Sept 11th), p51)), it changed Western foreign policies. ...read more.

(Halliday, 2001, p51) It was of little surprise that just one month after the September 11th atrocities, Afghanistan was once again under attack. This time however the US led attack was far more ruthless in its attempts to not only to end the Taliban regime, known for its extensive links to al-Quaeda, but to destroy al-Quaeda, its camps, its training ground and its infamous leader; Osama Bin Laden. The main issues arising from the war in Afghanistan was one of fairness, was this a Just War? The question of a Just War is the hardest arising from the post September 11th political agenda. Jean Bethke Elshtain states that "a carefully worked out and unprovoked act of terror against non-combatants of one's own country is injury - an act of war - that demands a response" (Booth & Dunne, 2002, p263). Afghanistan was that response. But with September 11th it is difficult to target an enemy, who by their very nature are covert and underground. In attacking Afghanistan the coalition forces were targeting al-Quaeda, but at the same time they were demolishing the Taliban regime, a power that were clearly not the perpetrators of September 11th. However this is in George Bush's own words a 'War on Terror, and as the Taliban had been sympathetic of al-Quaeda then the dismantling of their regime allowed for a country to be eradicated of terrorist cells. In this sense it is arguable to entitle the confrontation Just. ...read more.

September 11th was merely the catalyst that accelerated the political machine into full force. Both al-Quaeda and America were fighting a war: "Each putting their global coalitions together and mounting attacks into the enemy heartland over long distances, but the principles behind their operations were timeless" (Booth & Dunne, 2002, p45). I have focused mainly on the United States during this essay and for the one good reason that no other country was greater effected by September 11th as America. "The United States is the keystone in the arch of a hegemonic order in world politics" (Booth & Dunne, 2002, p234) But asked how 'world politics' has been changed, we must consider that the United States plays a massive role in the contemporary world arena, and whatever they choose to do in terms of their global agenda, it sends reverberations around the world. But with the recent war in Iraq, it is clear that not only America considers the threat from terrorists one that needs immediate attention. It has divided many countries opinion, some less keen to actively pursue countries such as Iraq with connections to terrorism. Colin Gray poses the question "has September 11th effected any noticeable major changes in political behaviour within the realist paradigm?" (Booth & Dunne, 2002, pp226-7) For which I would agree with his answer. Really all September 11th has done is reconfirm what was already realised as the new Post Cold War foreign policy, that terrorist organisations exist and must be eradicated. September 11th highlighted the need however, for the process to be increased if such atrocities are to be avoided in the future. ...read more.