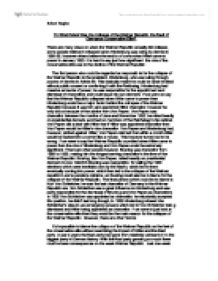 To What Extent Was the Collapse of the Weimar Republic the Fault of Germanys Conservative Elite?