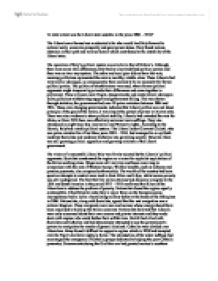 To what extent was the Italian Liberal state unstable in the years 1896 1914?

To what extent was the Liberal state unstable in the years 1896 - 1914? The Liberals saw themselves as educated elite who would lead Italy forward to national unity, economic prosperity and great power status. They found various obstacles in their path and various factors which contributed to the instability of the Liberal state. The operation of Italy's political system was similar to that of Britain's. Although, there were some vital differences; Italy had no clearly defined political parties and there was no two-way system. The urban and rural poor did not have the vote, meaning politicians represented the narrow wealthy, middle-class. These Liberals had very similar ideologies, so consequently, there seemed to be no necessity for formal political parties. The politics of transformismo was used, where former political opponents might temporarily put aside their differences and come together in parliament. These alliances were fragile, disagreements and controversial ideologies led to politicians withdrawing support and government falling. This was shown through statistics; the government had over 20 prime ministers between 1896 and 1914. ...read more.

The fact that five million Italians had chosen to emigrate to the USA and South America in the period 1871 - 1915 confirmed the failure of the Liberalism to address the problem of poverty. Nationalists found the regime equally contemptible. It had failed to make Italy a major force on the European scene, incompetence had to led to a humiliating military defeat at the hands of the Ethiopians in 1896. Nationalists, along with Socialists, agreed that the vast emigration was a national disgrace. These emigrants were men and women whose energy should have been employed to build up the Italian economy. Nationalists believed that Liberals were only concerned about their own careers and private interests and they made deals with anyone who could further their selfish aims. Giolitti had allied with Socialists and Catholics and had shamelessly attempted to use the government's powers to manipulate the results of general elections. Catholics were divided over Liberalism. Many found it difficult to support a regime which is 1870 had trampled over the Pope's territorial rights in Rome. ...read more.

Some radicals seized control of government buildings, a general strike was called but the various Socialist groups failed to organise their protests effectively. The government had to use thousands of soldiers to restore order. 'Red Week', as it became known, displayed the social unrest and failures in Italy's society. Some claimed that this failure shows that the Liberal regime had not satisfied key groups. There was a large social and economic gap between the North and South, there was also large differences between the town and country. The Liberals were made up of mainly middle-class men from the North, meaning the peasants and those in poverty in the South were not represented in parliament. Although there was evidence that the Liberals had attempted to help poverty, the Catholics still had to help those in need. The Liberal State had benefitted Italy to a certain extent, the working democratic system was an improvement to the previous political ruling and there was strong evidence of economic development. However, there were still a lot of existing problems which the Liberals had failed to deal with. The strong political opposition and criticisms showed that key groups were still unhappy with the country. ...read more.