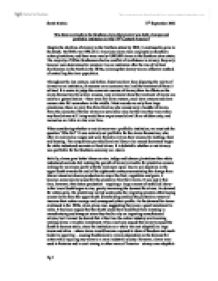 Was there any truth in the Southern claim that slavery was both a benign and profitable institution in Mid-19th Century America?

Was there any truth in the Southern claim that slavery was both a benign and profitable institution in Mid-19th Century America? Despite the abolition of slavery in the Northern states by 1820, it continued to grow in the South. By 1860 over 50% of all American slaves were employed on Southern cotton plantations, and there were nearly 4,000,000 slaves in the Southern slave states. The majority of White Southerners had no conflict of confidence in slavery; they only became more determined to maintain it as an institution after the rise of militant abolitionism in the North in the 1830s, claiming that slavery was an effective method of controlling the slave population. Throughout the last century, and before, historians have been disputing the merits of slavery as an institution; its success as an economic tool and the treatment of those it utilised. It is easier to judge the economic success of slavery than its effects on the slaves themselves for several reasons. Any comment about the treatment of slaves can only be a generalisation - there were fair slave owners, cruel slave owners and slave owners who fell somewhere in the middle. Most records are only from large plantations; there are very few from families who owned only a handful of slaves. ...read more.

While slaves were described as having a primitive, even savage, background, in reality it stemmed from diverse and often sophisticated tribal cultures. The horrific journey of the 'Middle Passage' and the further shock of then being sold into slavery is said to have left Africans newly arrived to America uprooted and without culture. Although the slave trade was made illegal in 1808, the slave population in America continued to grow and the initial restriction of culture later changed into a restriction of personality. In most states it was illegal for slaves to learn to read and write, and they were left untrained to ensure that they remained as slaves. As was written in 'De Bow's Review' at the time, it was believed that "whenever a slave is made a mechanic, he is more than half-freed". Supporters of slavery have argued that there was variety and organisation in the work of slaves, with possibilities of promotion or rewards - such as extra clothing, better food or even garden plots - for hard working slaves. To counter this argument, however, it has been said that it was possible to subvert the system; for example by working slowly or pretending to be ill; so that less hard-working slaves could still gain the benefits intended for others. ...read more.

For this reason slaves could decide not to take freedom. For the above reasons, it can be concluded that slavery in mid 19th Century America was certainly not, as the South claimed, a benign institution. Perhaps the most important comment that can be made with regards to this fact is that the r****t views held by Southern planters at the time were carried through American society, causing segregation and prejudice for much of the next century. What is harder to determine is whether slavery was a profitable institution, since to some extent it was. For the Southern planters, and the Southern economy at the time, it was profitable. Slaves were a good investment and their labour was invaluable for supplying cotton. However, for the slaves themselves, slavery was completely unprofitable. They worked hard for very little, or no, gain to themselves. So, in conclusion, there was some truth in the Southern claim that slavery was a profitable institution - for the people who were making the claim - but as one slave mistress observed, for the slaves themselves, "They'd just as life clean the mud after themselves as [do] anything else - their time isn't any value to themselves." Sources: 'The Penguin History of the USA' - Hugh Brogan 'The Origins of the American Civil War 1846-1861' - Alan Farmer 'The Debate on the American Civil War Era' - Hugh Tulloch Sarah Ritchie 11th September 2002 Pg 1 ...read more.