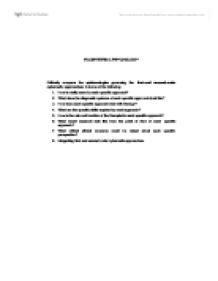 Cecchin and Boscolo focused on teaching an epistemology (Vorster, 2003, p.48) where they focused on second-order ideals of co-constructing therapeutic possibilities. "The challenge is the negotiation and co-construction of viable and sustainable ways of being that fit with the family, the therapist and the culturally sanctioned ways of being" (Cecchin, 1992, p.93). Second-order therapies do not focus on techniques, but rather on creating a context for change and ascribing new meaning within these contexts. It "is more an attitude than a technique" (McDaniel, Lusterman & Philpot, 2002, p.3) that utilises a broader lens than the systemic approach and includes the examination of work systems, health systems, legal systems, gender issues, religion, ethnicity and culture. "This includes the therapy itself and sees the therapist as still another part of the ecosystem" (Ibid). Simons suggests a "second-order mind while doing first-order therapy" (cited in Becvar & Becvar, 2000, p.92), which would involve the application of first-order techniques in a second-order context of reflection; this involves choosing the technique most appropriate to the issue that needs attention. There are, however, a few novel techniques or ways of being that merit mention. Conversational therapy focuses on creating a conversation domain where change can occur; the therapist adopts a position of not-knowing which allows for a position of genuine curiosity (Anderson & Goolishian, 1992). "Corny therapy" (Hoffman, 1992, p.16) is the epitome of applying what is relevant in the face of what is unacceptable. Hoffman found it relevant to show her emotions and show she was human in way a way that had been unacceptable until then. Hoffman tried to "think Zen", but was stumped as to how to "do Zen" (Ibid) she found some answers in Tom Andersen's Reflecting Team. The Reflecting Team discussed the family in front of the client and then ask the family to comment on their reflections. Hoffman comments (1999) that it is the layering of client, reflecting team, client that creates "a sense of trust and shared optimism." ...read more.

By the same token, most of us would fight fiercely against such groups when they used either constructionist or realist discourses to achieve their goals We don't have to succumb to the "totalising discourse" (Pocock, 1999) of either extreme. In practice social constructionist ideas are not a description of how we ought to be, but are rather descriptions of how things are - first-order ideals are recognised as products of culture and language in a second-order reflective space. At that it would be unacceptable to completely discard the certain models because of their cultural relativity. Rather, by recognising the immense value of the scientific work that has been done, we can recognise all the first-order paradigms that explain mental health and psychopathology and in truly Ecosystemic style, be eclectic in our approach (McDaniel et al, 2001) and heed Wilkinson and O' Connor's warning that an important tenet of the Ecosystemic framework "is that existing therapeutic techniques are not discarded" (1982, p.987). Conclusion First-order cybernetics approaches offer strategic principals for therapeutic intervention, while second-order cybernetics creates a framework that looks at context and meaning in human living systems. Some second-order therapies have moved beyond cybernetics of cybernetics to a hermeneutic or interpretive approach (Anderson & Goolishian, 1992) focusing on the social construction of reality using language. Advising a therapist to be collaborative or social constructionist is superfluous - these ideas are not a description of how we ought to be, but are rather descriptions of how things are - products of culture and language. The triple wave of constructivism, social constructionism and post-modernism has at times encouraged the debunking of first-order approaches (Pocock, 1999). However as the pendulum swings back to a more moderate position, as is naturally the case, we see that dialectics rejecting issues of power, the therapist as expert and ideologies of self may lead to a premature throwing out the baby with the bathwater; as the likes of Vorster (2003) have pointed out: many valid systemic techniques still prove themselves valuable. ...read more.