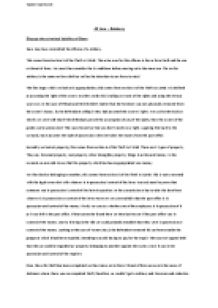 ﻿Tajinder Singh Ranshi A2 Law ? Robbery Discuss the criminal liability of Dave Dave may have committed the offence of a robbery. This comes from Section 8 of the Theft Act 1968. The actus reus for this offence is the ar for a theft and the use or threat of force. We must then consider the 2 conditions before moving on to the mens rea. The mr for robbery is the same mr for a theft as well as the intention to use force to steal. The first stage which we look at is appropriation; this comes from section 3 of the Theft Act 1968. It is defined as assuming the right of the owner. In other words this is taking over one of the rights and using the item as your own. In the case of Pitham and Hehl it didn?t matter that the furniture was not physically removed from the owner?s house, by the defendants selling it they had assumed the owners? rights. We can further look at Morris we were told that if the defendant proved the assumption of any of the rights, then the owner of the goods can be prosecuted. ...read more.

The Court of Appeal held that the car could be regarded as 'property belonging to another' against the owner, since it was in the possession and control of the repairer. Once the ar for theft has been completed we then move on to force/ threat of force as seen in the cases of Robinson where there was no completed theft, therefore we couldn?t get a robbery and Corcoran and Anderton where the moment a theft was completed there was a robbery. Threat of Force has been used in the scenario as whilst the money is being loaded into the bag Dave screams ?Hurry up or I?ll use this gun?. In the case of B & R v DPP it was potentially a robbery as the victim didn?t need to fear force there just had to be a threat of force. The 2 conditions are linked to the use of force or threat of force. The first condition is whether force/ threat of force happened immediately before or during the incident. ...read more.

This can be linked back to the case as Dave robbed the money from the post office and then used it to his own disposal to go on the annual ski trip. Finally we move on to the intention to use force to steal. We must consider whether it was him aim or purpose to take the money from the post office. Looking back at the scenario we can establish that this was his aim and purpose and by doing so he would be able to go on the annual ski trip. If we use the case of Robinson we were told that if D had a genuine belief that he had a right in law to the money, then his actions were not dishonest under s2(1)(a) of the Theft Act 1968. If convicted of the robbery offence Dave could face a life sentence in prison. But if we are not able to establish a robbery then we are able to convict him of a theft offence under S7 of the Theft Act. ...read more.