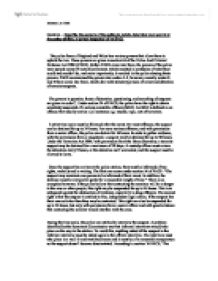 Describe the powers of the police to detain, interview and search at the police station, a person suspected of an SAO.

Question - Describe the powers of the police to detain, interview and search at the police station, a person suspected of an SAO. The police force of England and Wales has various powers that allow them to uphold the law. These powers are given in section 66 of the Police And Criminal Evidence Act 1984 (PACE). Before PACE came into force, the powers of the police were spread across 70 acts of parliament, which resulted in confusion of what they could and couldn't do, and more importantly, it resulted in the police abusing these powers. PACE summarised the powers into codes A-F, however, recently codes G and H have come into force, which deal with statutory powers of arrest and detention of terrorist suspects. The powers in question, those of detention, questioning, and searching of suspects are given in code C. Under section 24 of PACE, the police have the right to detain somebody suspected of a serious arrestable offence (SAO). ...read more.

There is an exception however. If the police believe that contacting the nominee will be a danger to the case or other people, this right may be suspended for up to 36 hours. This is to safeguard against the destruction of evidence, especially in drug offences. The second right is that the suspect is entitled to free, independent legal advice. If the suspect has their own solicitor then they may be contacted. This right can also be suspended for up to 36 hours, but only with permission from a senior officer and with good evidence that contacting the solicitor would interfere with the case. During the time scale, the police are entitled to interview the suspect. A problem identified by the Runciman Commission was that informal interviews would take place on the way to the station. To avoid this, anything asked of the suspect in the informal interview must be asked again in the official interview. The interview must take place in a well-lit and ventilated room and it must be of a reasonable temperature so the suspect doesn't become disorientated. ...read more.

The suspect must be searched by a same s*x officer in a private room, and access is only permitted for people connected with the case. A male suspect is permitted to wear trousers while his top half is being searched, and his top while his lower half is being searched. A female suspect is given a gown so that she is never completely exposed. If the officer believes that evidence may be hidden inside the suspect, then a qualified doctor or nurse can conduct an intimate search of the suspect. If a qualified medic is not available then with the permission from a senior officer, any officer with adequate medical training may conduct the search. To conclude, the police are allowed to detain suspects but only for a limited time, depending on the offence. Searches must be conducted by a same s*x officer and intimate searches by a qualified medic. The interviews must take place in a well-lit, ventilated room of a reasonable temperature. The officers may not use degrading behaviour towards the suspect, otherwise any evidence submitted as a result of this will be deemed inadmissible. Michael Lee 12SS ...read more.