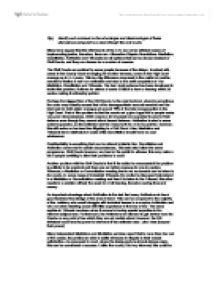 Identify and comment on the advantages and disadvantages of these alternatives compared to a claim through the civil courts.

1(b) Identify and comment on the advantages and disadvantages of these alternatives compared to a claim through the civil courts. Many have argued that the Civil Courts of the U.K. are not an efficient means of implementing justice, therefore, there are Alternative Dispute Resolutions. Mediation, Conciliation, Arbitration and Tribunals are all options that can be chosen instead of Civil Courts, and they are chosen for a number of reasons. The Civil Courts are avoided by some people because of the delays involved with cases in the County Court averaging 20 months whereas, cases in the High Court average up to 3-4 years. This is a big difference compared to the matter of months needed to finalise a well-run arbitration and also to the swift completion of the Mediation, Conciliation and Tribunals. The fast-track scheme has been developed to tackle this problem, it allows for claims of under �15000 to have a hearing within 30 weeks making it noticeably quicker. Perhaps the biggest flaw of the Civil Courts is the cost involved, whereby sometimes the costs may actually exceed that of the damages/claim amount awarded and the total cost for both sides' averages at around 75% of the total compensation in the High Court. ...read more.

Furthermore, the Arbitrators are allowed to get advice from the Courts on any point of law which they are not certain about, however, the QB divisional court has the power to intervene if the arbitrator acts ultra vires (beyond their power). Many independent Mediators and Mediation services report that in more than four out of five cases, the parties are able to settle all issues in dispute to their mutual satisfaction. As compared to court, where the losing party is almost always angry, this can be considered a success. Unlike the courts, it is very informal, this could be seen as part of the reason why it so successful. People feel more comfortable in the environment as they have less pressure on them, which makes it easier for the two in dispute to discuss matters properly. In Court, they are pushed into a win-lose situation and for normal people, the procedures may seem quite complex, making Courts, on the whole, a very daunting place to speak in. However, there are several reasons why the Court system is still needed, not least because the Courts are seen as a sign of authority and to abandon them would give people the wrong idea. ...read more.

For example, a person dissatisfied with the purchase of a home computer may find himself seated across the table from the computer store's district manager, who not only knows more about computers, but has also been trained extensively in negotiating techniques. This makes it hard for the weaker party to put across their argument, leaving them vulnerable, whereas in Court a Barrister or Solicitor could represent them. When it comes to Tribunals, there is an unfair imbalance between parties that are represented and those that are not. It is unfair to people who are not represented and cannot get legal aid to come up against a rich corporation. Since richer parties are allowed to employ skilled representation they are consequently more likely to win. Clearly, there are advantages and disadvantages to all of the dispute resolutions including the Civil Courts and so it would be impractical to have some without the others. The ADR's provide cheap and fast options to the Civil Courts, however, it could be argued that disputes are not always fully resolved and that many of the disputes that are resolved are not done so fairly. Hence, it shows that the Court provides a more stable and rewarding sense of justice that cannot be exploited as much as the ADR's can be. ...read more.