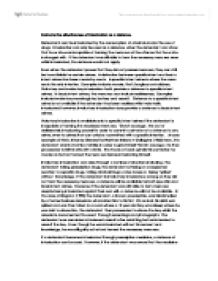 intoxication as a defence

If the defendant is involuntary intoxicated, as long as they did not form the necessary mens rea, a defence will be available for both specific and basic intent crimes. However, if the defendant was still able to form mens rea despite being intoxicated against their own will, a defence will not be available. In the case of Kingston (1995) the defendant, a known paedophile, was blackmailed by a former business associate who invited him to his flat. On arrival, his drink was spiked and was then taken to a room where a 15 year old boy was asleep where he was told to abuse him, the defendant then proceeded to abuse the boy whilst the associate documented the event through recordings and photographs. The defendant was convicted of indecent assault after admitting he had intended to assault the boy. Even though he was intoxicated without his consent and knowledge, he was still guilty as he had formed the necessary mens rea. ...read more.