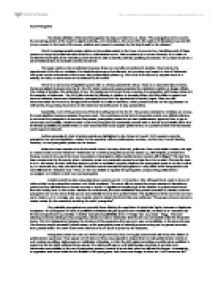 Royal Prerogative The classic definition of the Royal Prerogative has been provided by A.V. Dicey: "The prerogative is the name for the remaining portion of the crown's original authority, and is therefore...the name of for the residue of discretionary power left at any moment in the hands of the crown, whether such power be exercised by the king himself or his ministers." The RP comprises special powers, rights and immunities rested in the Crown at common law. Identifying each of these powers and scope is problematic since there is no authoritative source. This uncertainty is a concern because, as a matter of constitutional principle, those exercising power should be able to identify authority justifying its exercise. Thus, these should be a set of Parliamentary and Judicial controls over the RP. The Queen retains a few constitutional powers; these are normally conventional in practice. They include; the appointment of the PM and ministers, the dissolution/prorogue of parliament, and granting royal assent to Acts of Parliament. ...read more.

Further examples of a lack of privity controls are highlighted by the Orders in Council. OLC's created under the prerogative are primary legislation, created by the executive, without parliamentary scrutiny, via the Privy Council. Notably, however, no new prerogative powers can be created. Parliament does exercise some fundamental control. As Dicey observed, parliament 'has under British consent, the right to make/unmake any law whatever." Parliament can override prerogative power by statute e.g. Bill of Rights, provides that 'levying money for the use of the crown by pretence of prerogative without parliamentary consent will be illegal." This view has been compounded by the courts, when a statutory power can prerogative power have been found to co-exist. This was the case in A.G v De Keyers, the HOL held that statutory power to requisition property displaced the prerogative power to do this. Further in, R v Home sec ex.p FBU, the HOD held, "Executive cannot exercise the prerogative in a way which would derogate from the due fulfilment of a statutory duty." ...read more.

The claimant sought successful judicial review, as the prerogative power of colonial governance enjoyed no generic immunity from judicial review. The 2004 orders were deemed to be an abuse of power by the executive. Prerogative powers are vast and vital to UK governance; they are hugely controversial with those who believe in parliamentary supremacy. They appear out-of-date and there are proposals to subject them to mole parliamentary control, in such matters as military deployment and ratification of treaties. In 2004 the HOC select committee on public admin published a report into the RP which outlines the key issues. The debate will rage on until definite steps are taken to provide more democratic accountability to the use of prerogative powers; however it is not clear when we will see this happen. Interestingly, in opposition Jack Straw called for the abolition of the prerogative. Jack Straw was foreign xl when the 2 OLC's executed the Chaggosians returning home. Further, the reforms promised by the government don't limit the legislative powers of the Privy Council or make their workings more transparent. ...read more.