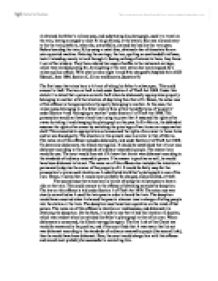 The first issue that arises here is A's act of taking his father's railway pas.. This could amount to theft. The law on theft is laid under Section 1 of Theft Act 1968. Under this statute

A obtained his father's railway pass, and substituting his photograph, used it to travel on the train, having arranged to meet B. his girlfriend, at the station. She was allowed entry to the the train platform, when she, untruthfully, claimed she had lost her train pass. Before boarding the train, B, by using a metal disc, obtained a bar of chocolate from a coin-operated machine. Entering the carriage, the two, spotting an unattended brief case, took it intending merely to look through it. Seeing nothing of interest to them, they threw it out of the window. They then ordered two cups of coffee in the restaurant carriage, which they avoided paying for, by alighting at the next station but were stopped by a railway police officer. With what crimes might A and B be charged? (Adapted from GCE Edexcel, June 1996, Section C, Crime and Society, Question 9) The first issue that arises here is A's act of taking his father's railway pas.. This could amount to theft. The law on theft is laid under Section 1 of Theft Act 1968. Under this statute it is stated that a person commits theft when he dishonestly appropriates property belonging to another with the intention of depriving the other of it. Hence, the actus reus of this offence is the appropriation f property belonging to another. In this case, the railway pass belonging to A's father clearly falls within the definitions of 'property' under Section 4 and 'belonging to another' under Section 5 of Theft Act 1968. ...read more.

Where dishonesty is concerned, the Ghosh test applies again. The first limb of the Ghosh test would be answered in the positive, and if the court finds that A was aware that his act was dishonest according to the standards of ordinary reasonable people (the second limb), then he would have been dishonest. Here, the court would charge him with this offence and would most probably be successful in convicting him. Another issue that arises here is B claiming that she had lost her train pass. She could be charged with the same offence in the previous paragraph, obtaining services by deception under Section 1 of Theft Act 1978. On the facts, the actus reus was satisfied when she deceived whoever was in charge of letting people into the train station by saying that she lost her pass, which was untrue. The link between deception and the obtaining of services can be established. The prosecution would not have a difficult time proving that she had the intention of deceiving the person in charge. The first limb of the Ghosh test would be satisfied. If the court is able to satisfy the second limb, she would have been dishonest. Here, it is very likely that she was dishonest. Hence, she would be charged with this offence and it is extremely likely that she will be guilty of it. ...read more.

Applying the Ghosh test and satisfying the first limb, the prosecution would have to probably not have a difficult time trying to prove that they were aware what they did was wrong. Hence, they would most probably be charged and convicted of this offence. Another issue here is their act of avoiding the payment of the cups of coffee they ordered. The prosecution would most probably charge them with the offence of making off without payment, laid under Section 3 of Theft Act 1978. In Edwards v Ddin, the defendant made off without paying for the petrol that was filled into his car. He was found not guilty as according to contract law, the petrol was already his and therefore his act could not amount to theft. However, the statute above made this an offence since 1978. The actus reus was clearly committed when they left the train without paying for the coffee. The mens rea of this offence includes dishonesty. Applying the Ghosh test and passing the first limb, the prosecution would most probably succeed in proving that they were aware that what they did was wrong. The prosecution also has to prove that they were aware that payment was required. The prosecution would probably succeed in proving this. It also has to be proven that they intended to avoid payment, and this would not be difficult, as it was evident when they were leaving the train before being stopped by the police officer. ...read more.