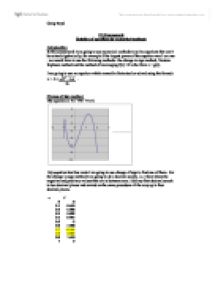 Solution of equations by numerical methods

In this coursework I am going to use numerical methods to solve equations that can’t be solved algebraically, for example if the largest power of the equation was 3 or over , we would have to use the following methods: the change in sign method, Newton-Raphson method and the method of rearranging f(x) =0 in the form x = g(x). 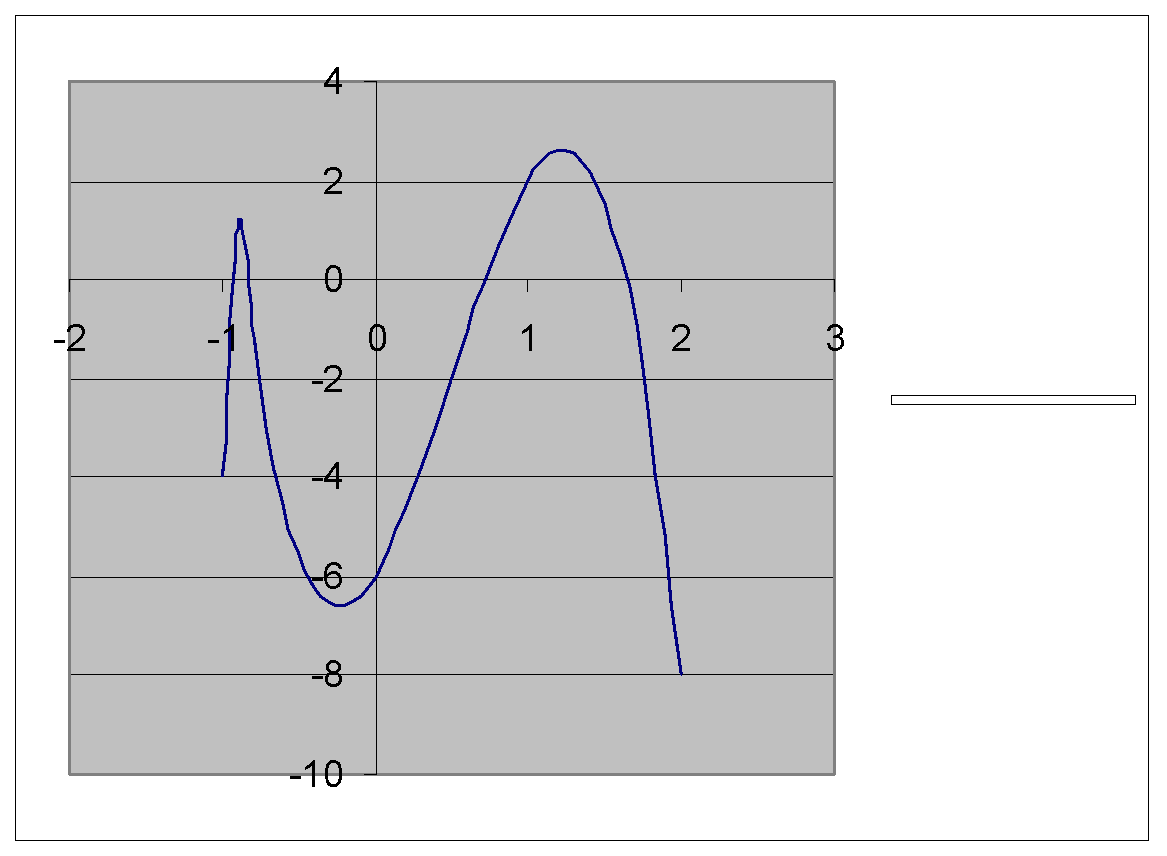 My equation has four roots I am going to use change of sign to find one of them. For the change in sign method I am going to do a decimal search, i.e. I have taken the negative and positive y values that are in between zero. I did my first decimal search to two decimal places and carried on the same procedure all the way up to four decimal places.

The first thing I did was find out were the formula crosses the x-axis, which was 0.7 and 0.8.

Thus proves that the root lies no greater nor less than 0.00005 away from 0.717. It also shows it’s correct by the change in sign. 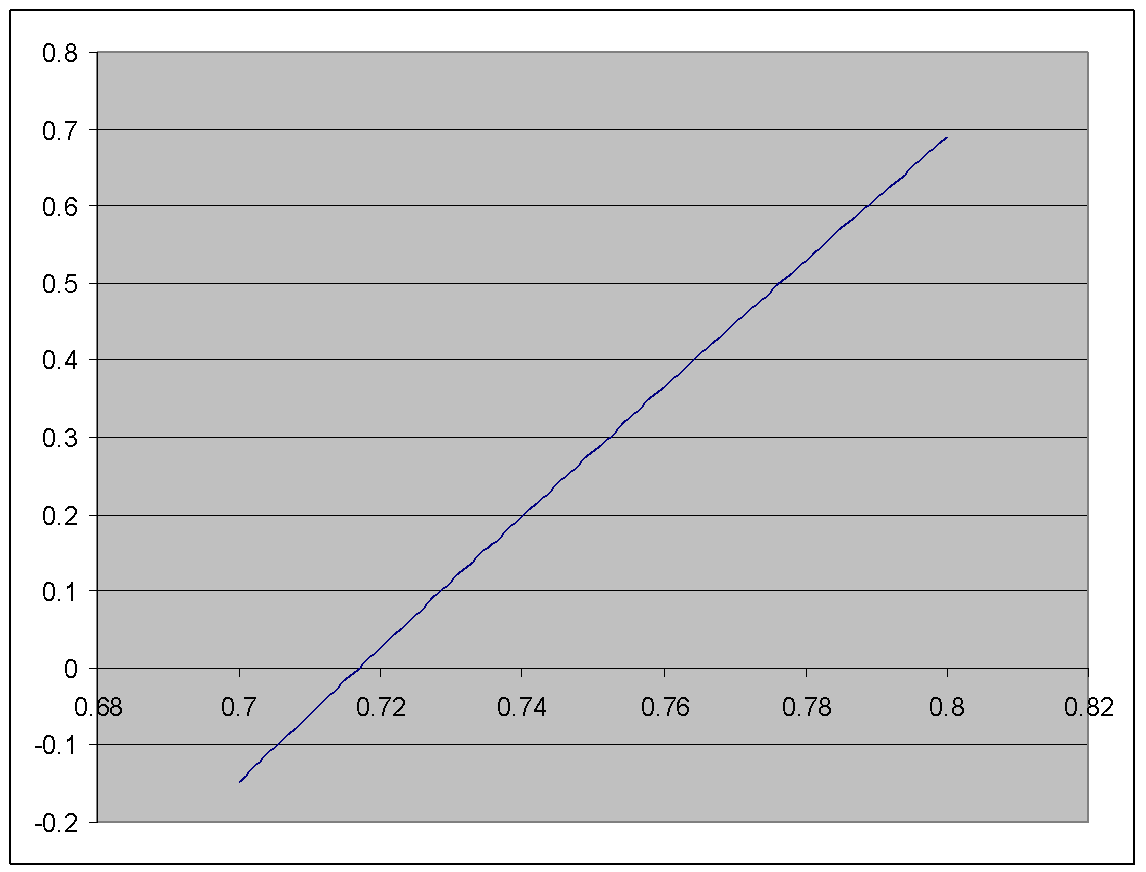 Failure will occur if:

I cannot use decimal search for this equation as it doesn’t cross the x-axis.

There are some cases where the roots cannot always be found. Reasons for this could be if the roots are too close together 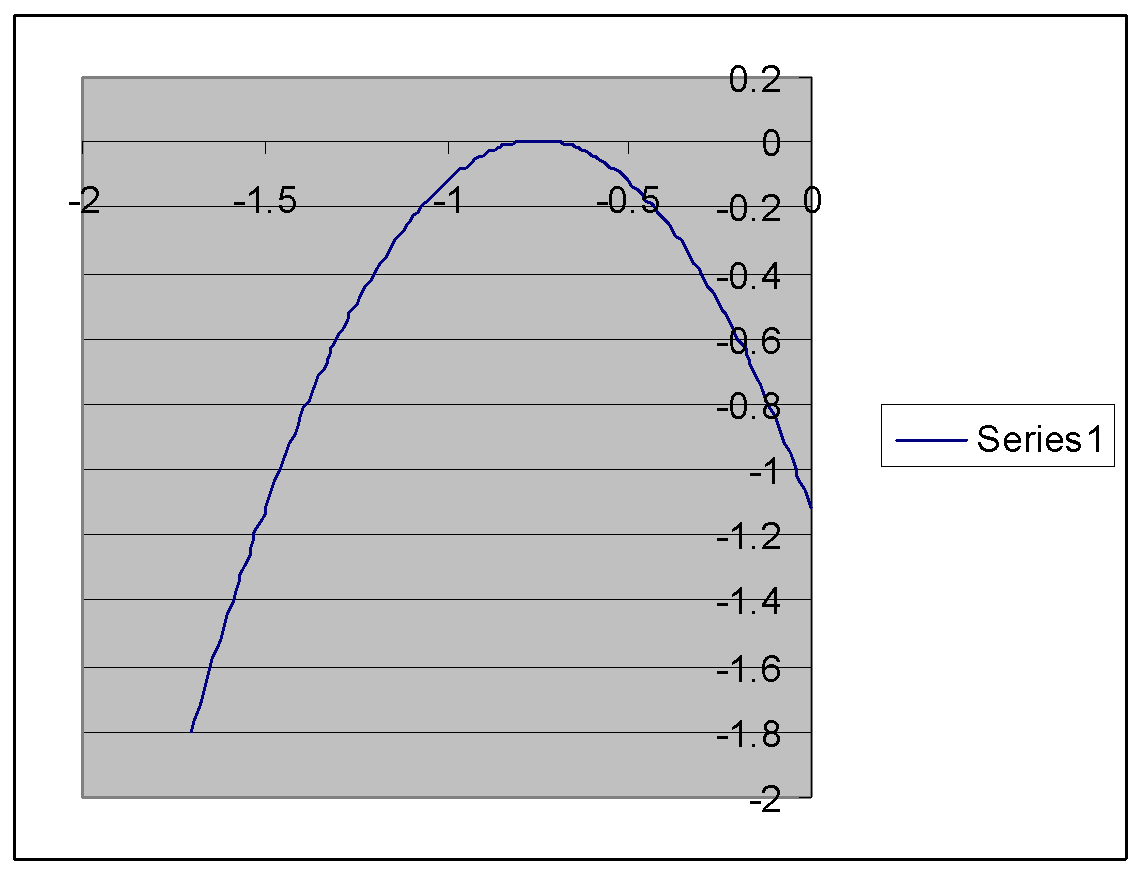 The Newton raphson method is a fixed point estimation method. It is important to use an estimation of the root as a starting point.

I will give an estimation (x0) for a root of f(x) =0 I will then draw a tangent to the curve y=f(x) at the point (x0, f(x)). The point where the tangent cuts the x-axis gives a closer approximation for the root, and then the process is repeated 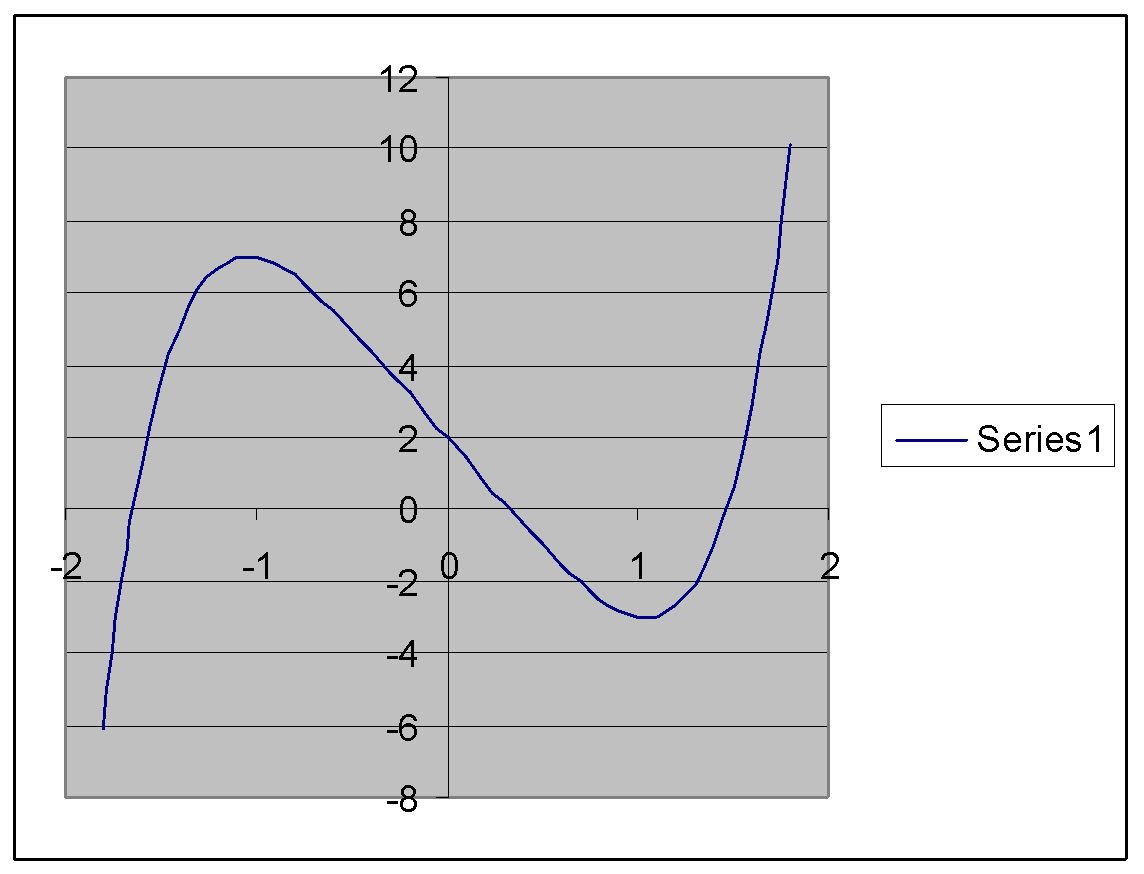 From this it is clear that D is a better estimation than B. We can continue this to get closer to A.

With all three methods I used a graphical calculator as my hardware. With the decimal search method I only had to be aware of where the roots lie in the intervals to be able to use the method. With Newton-Raphson method I just had to be able to check on the graphics calculator what the roots were to know whether it was converging towards the root or diverging from the root. This made me use the arrow buttons to move the curser to where the roots lie. On the contrary, with rearranging I had to plot the y=x and the function on the same graph and for this I had to use Microsoft excel. In conclusion in terms of ease of use with involved hardware and software; the decimal search was the most efficient method to use, then Newton- Raphson and the most involved one was the rearranging method.