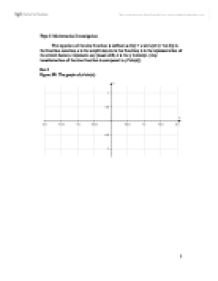 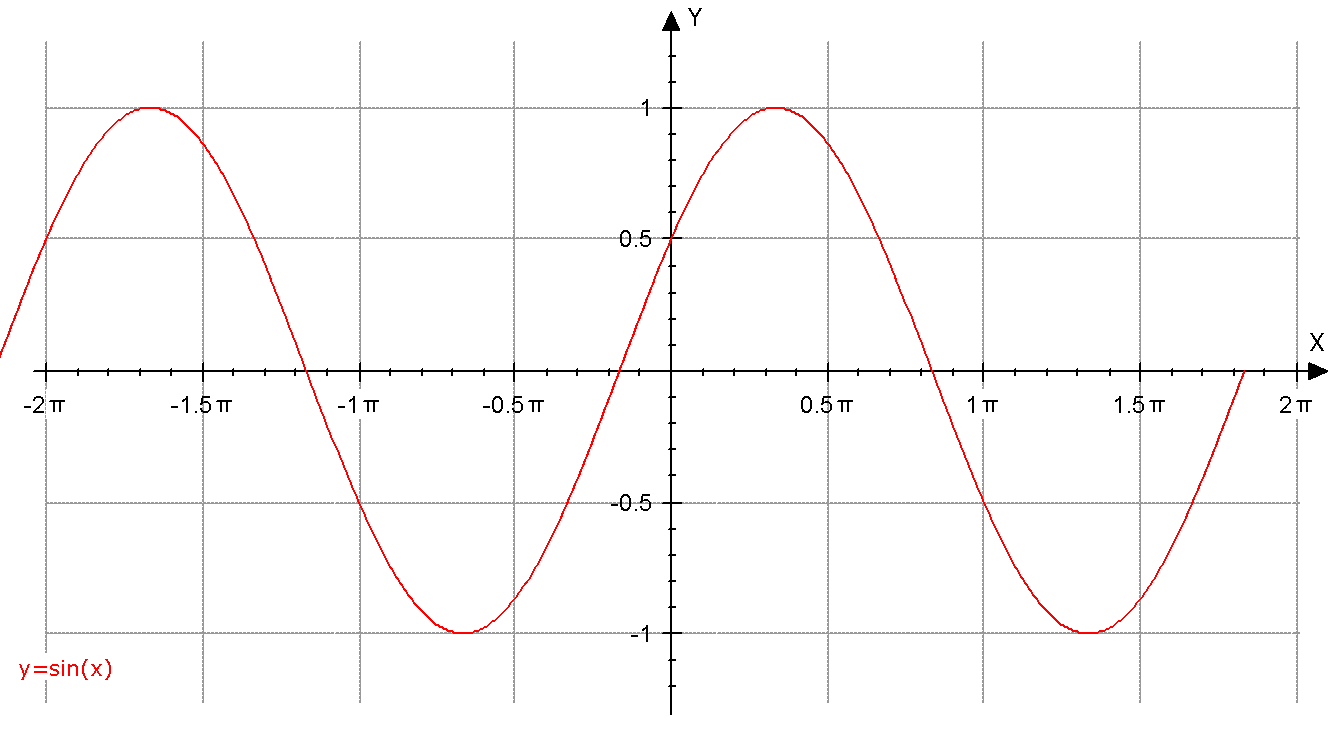 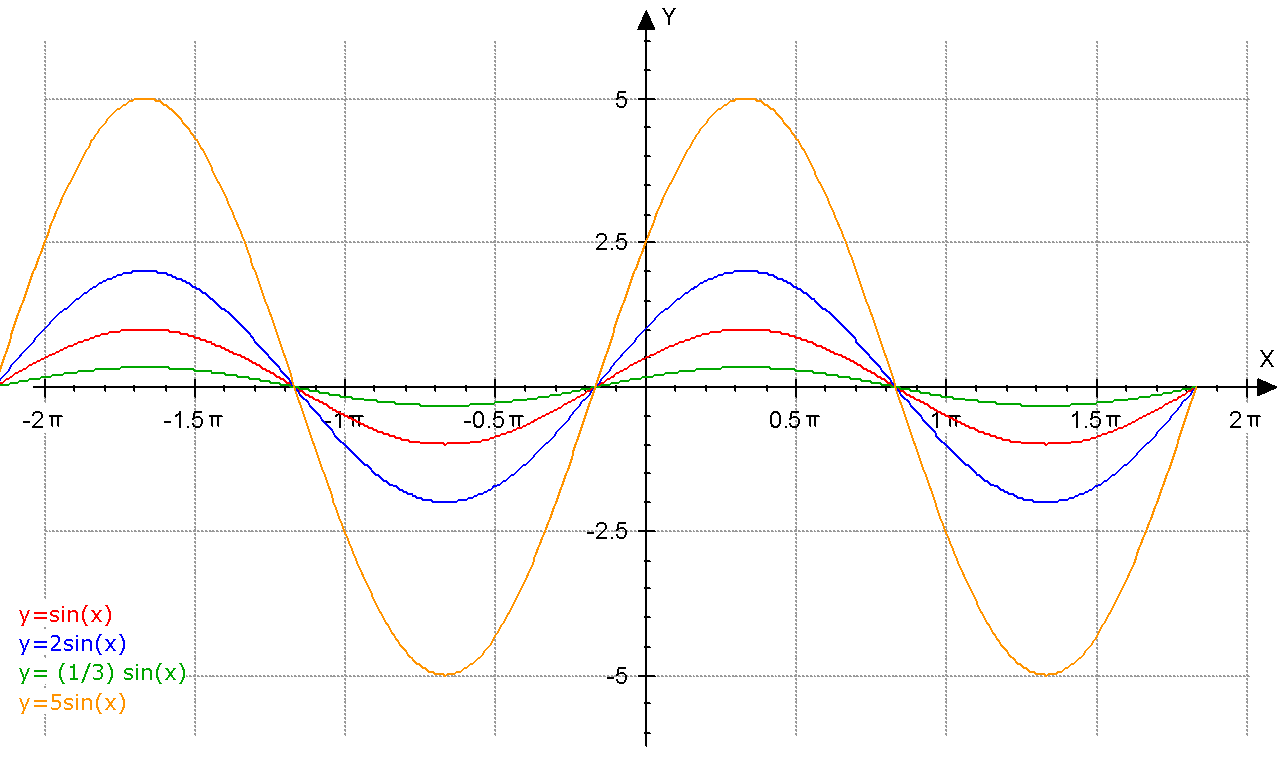 Figure #3: Investigation of other sine graphs 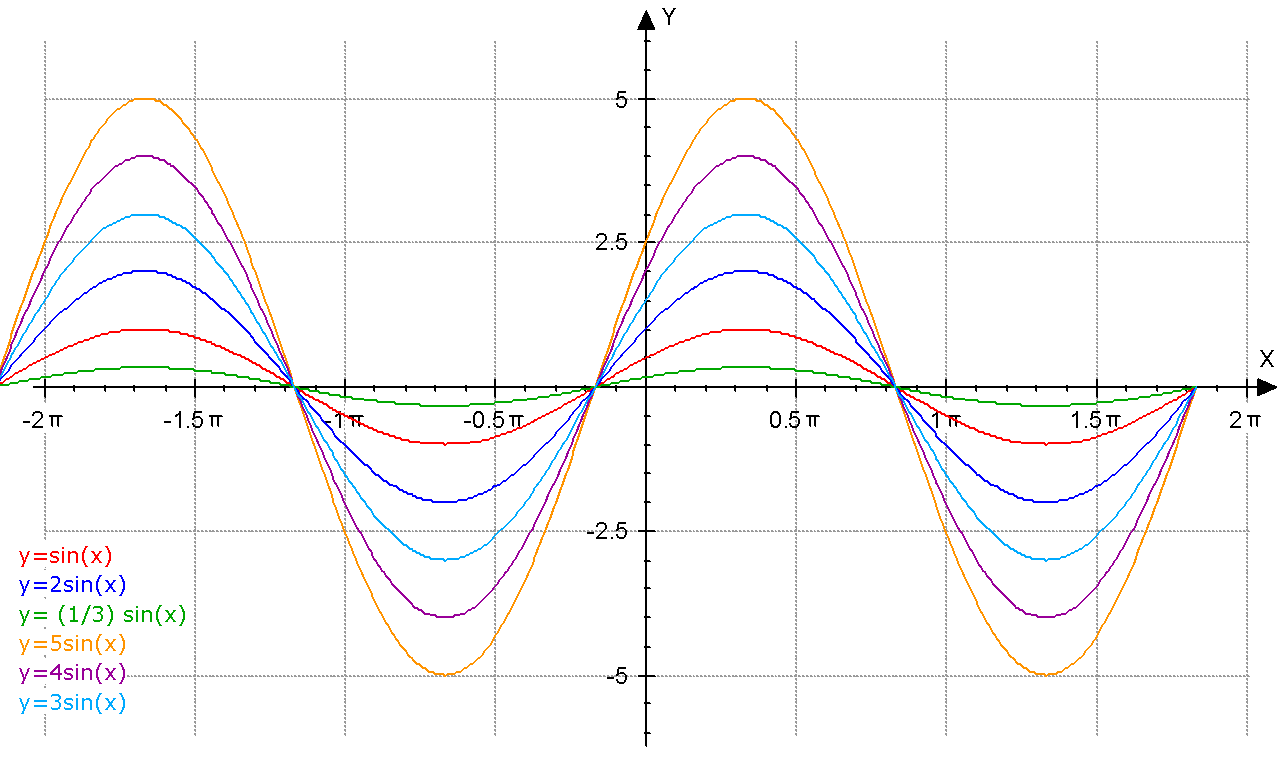 Based upon Figure #1 to Figure #3, as “a” varies only the amplitude of the graph changes according to |a|. Since only the value of “a” changed, there is no change in the period, no phase shift, no change in X and Y intercepts. As these figures illustrated, every single graph plotted has the same period (period is the horizontal distance between two points on the x-axis; period usually defined as the horizontal distance along x-axis of one complete cycle, 2pi radians) and the same X and Y intersects. There is no phase shift in any of the graphs because the position of the periods and x intercepts of each graph is the same.

Investigate the family of curves y=sin(x+c) 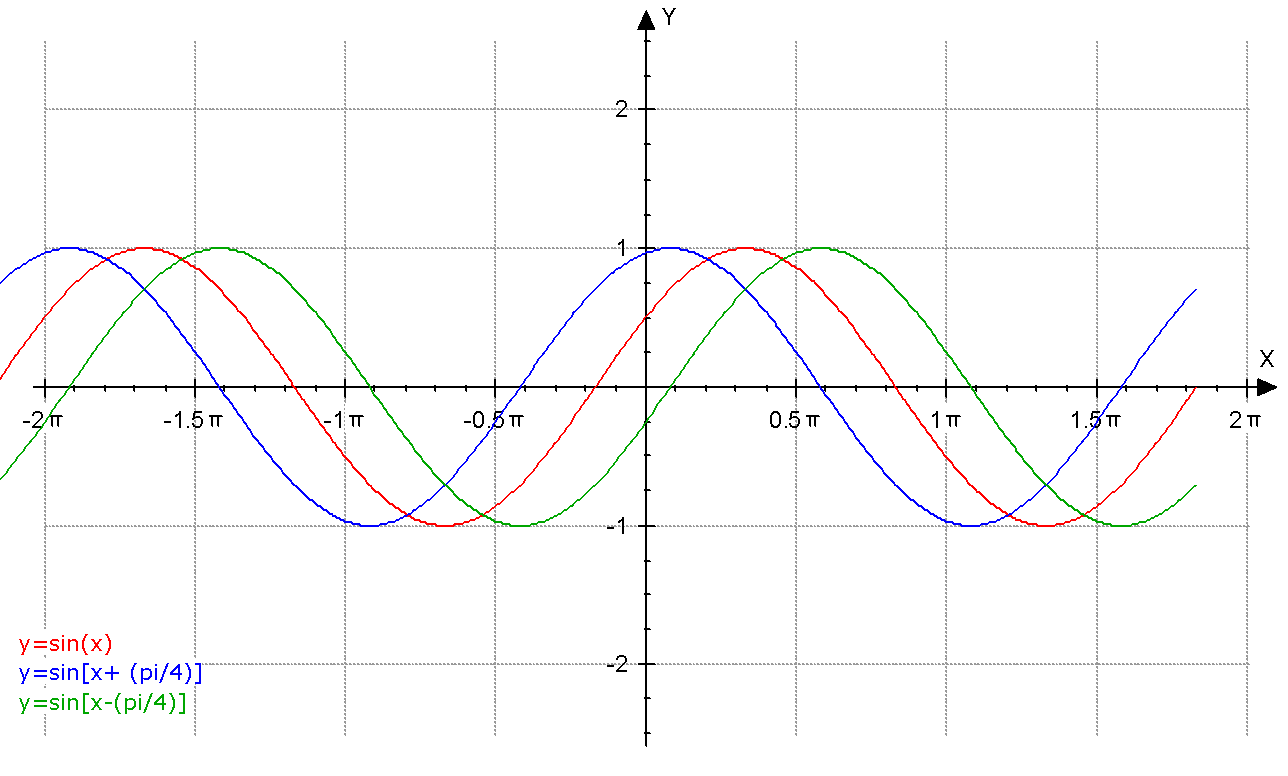 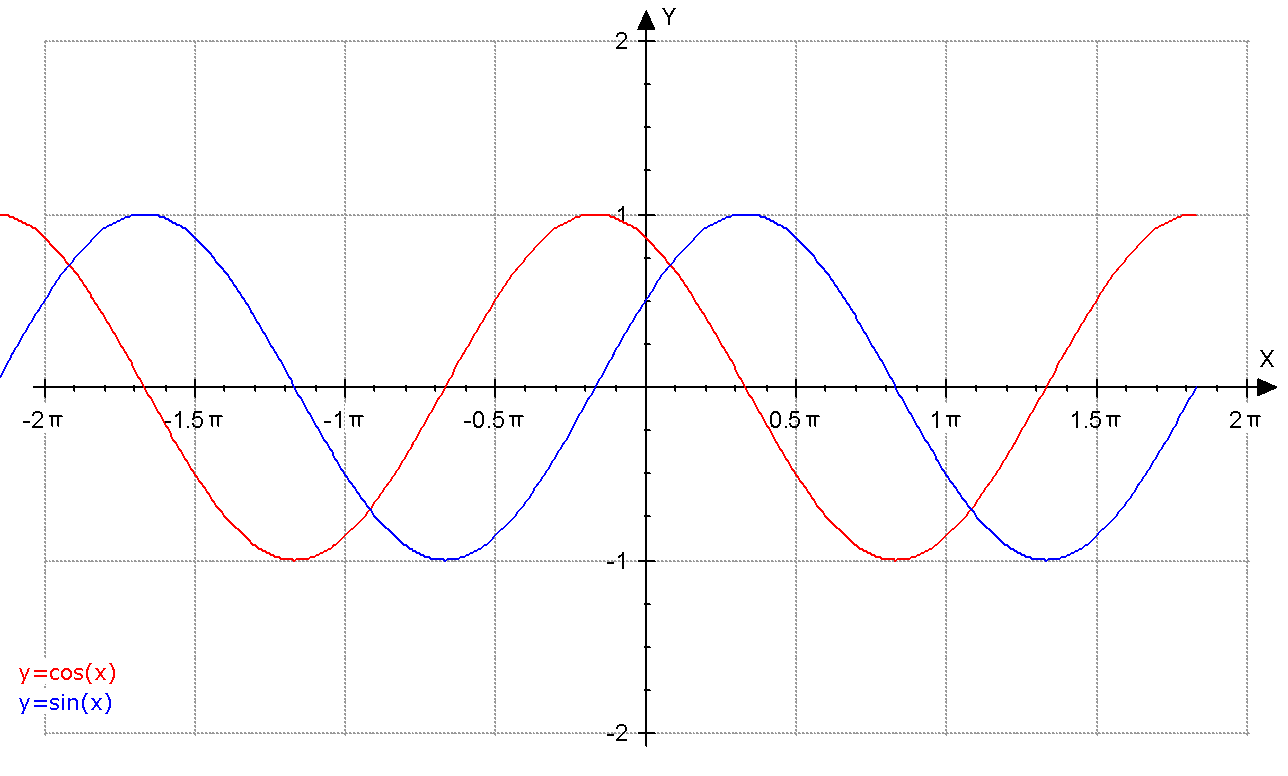 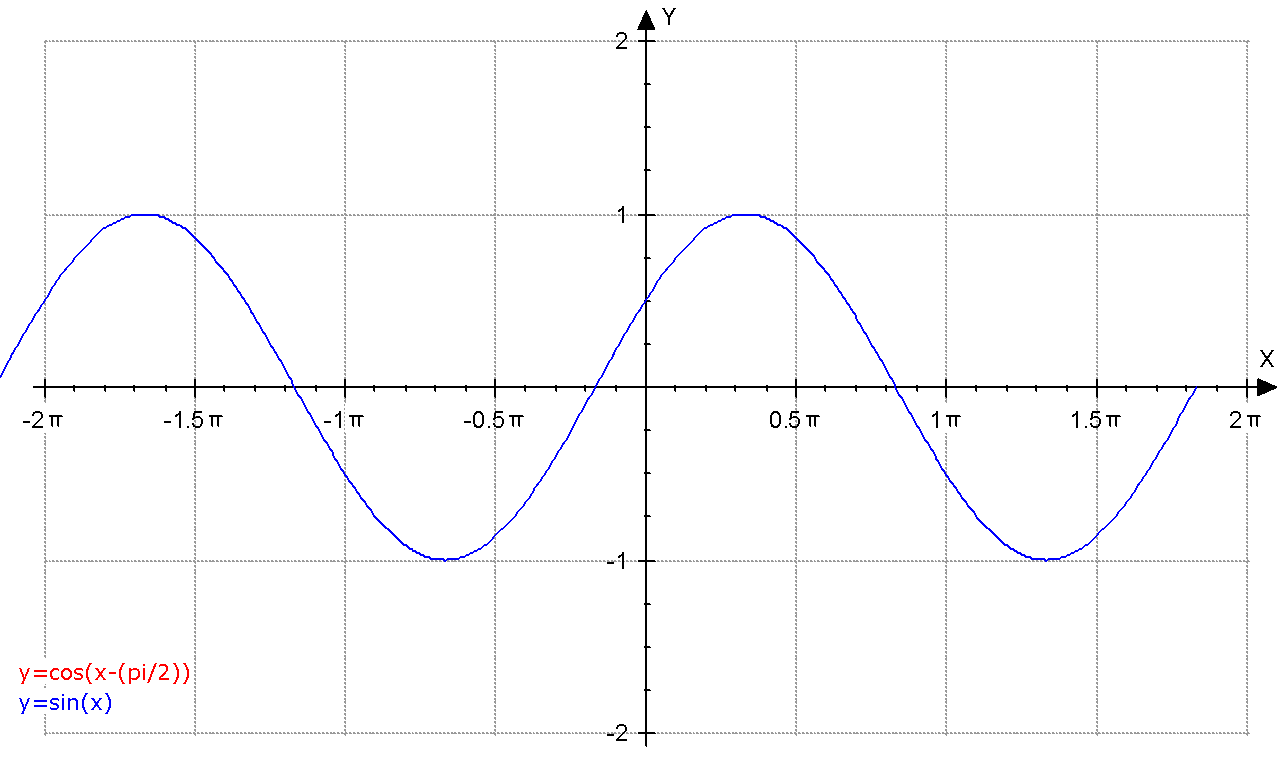 Based upon the properties observed two relations are obtained: 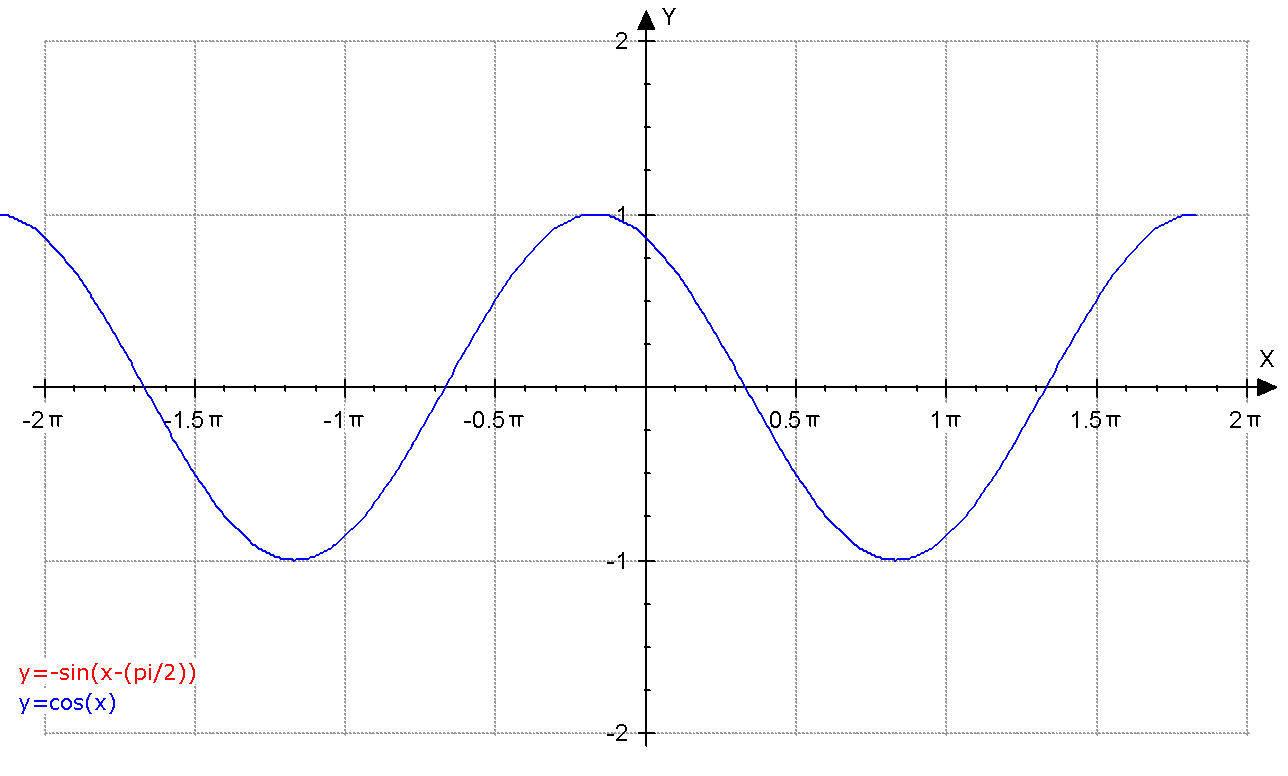 According to Figure # 13, the reflection on the x-axis with horizontal translation to right (by pi/2) by the sine function is the same as y=cos(x). Therefore based upon the properties gathered from Figure #13, two relations are obtained: