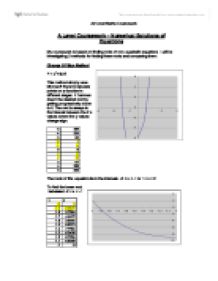 My coursework is based on finding roots of non-quadratic equations. I will be investigating 3 methods for finding these roots and comparing them. 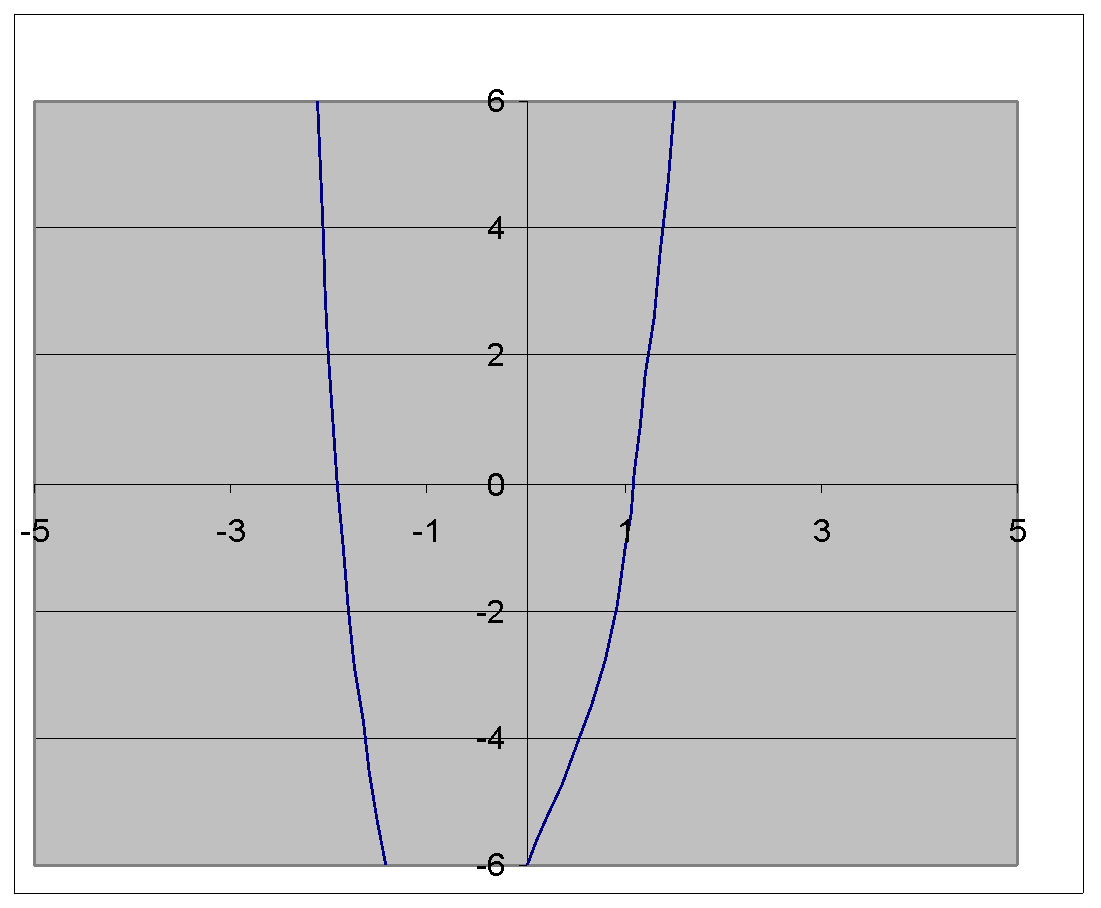 This method simply uses Microsoft Excel to tabulate points on a function in different stages. It ‘narrows down’ the desired root by getting progressively closer to it. The root is always in the interval between the 2 x values where the y values change sign. 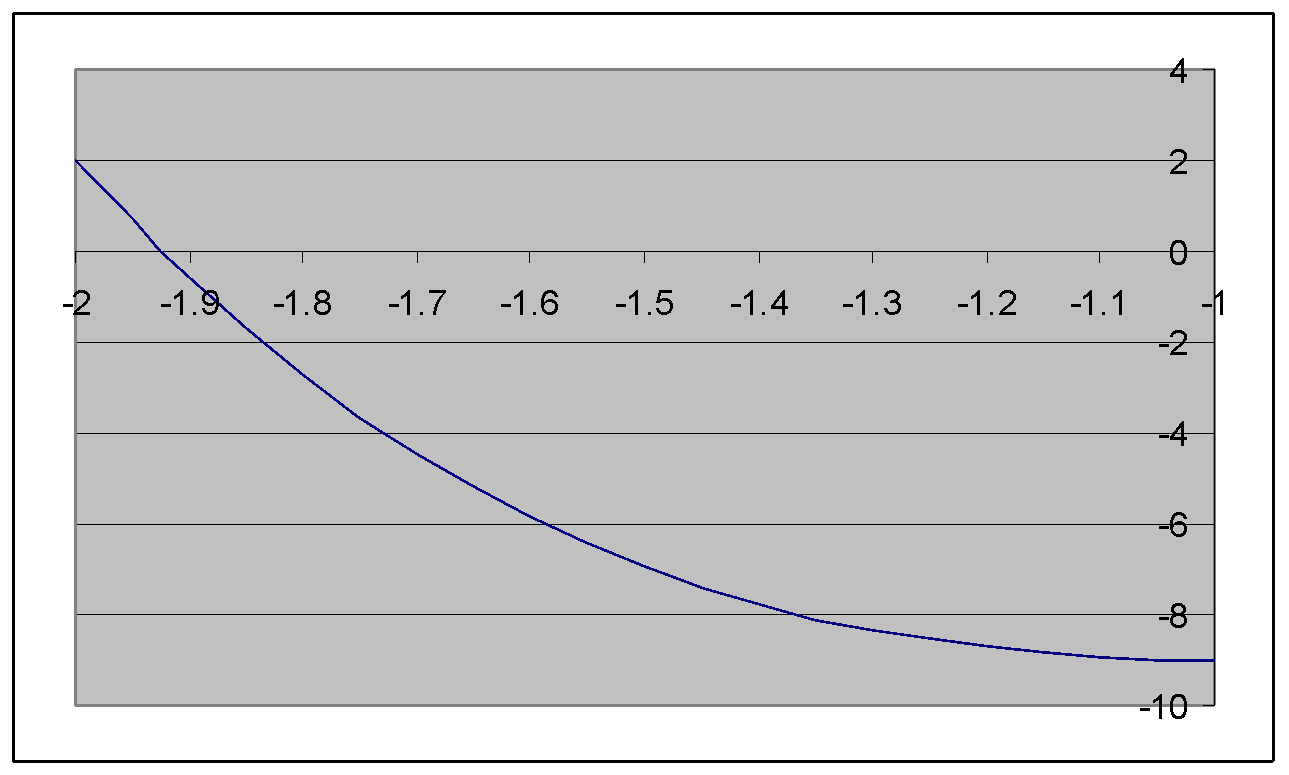 There is a change of sign between -2 & -1.9, therefore the boundaries of the root lie in this interval.

The other root of the equation can be found using this method. It is, to 5 significant figures, 1.1144. 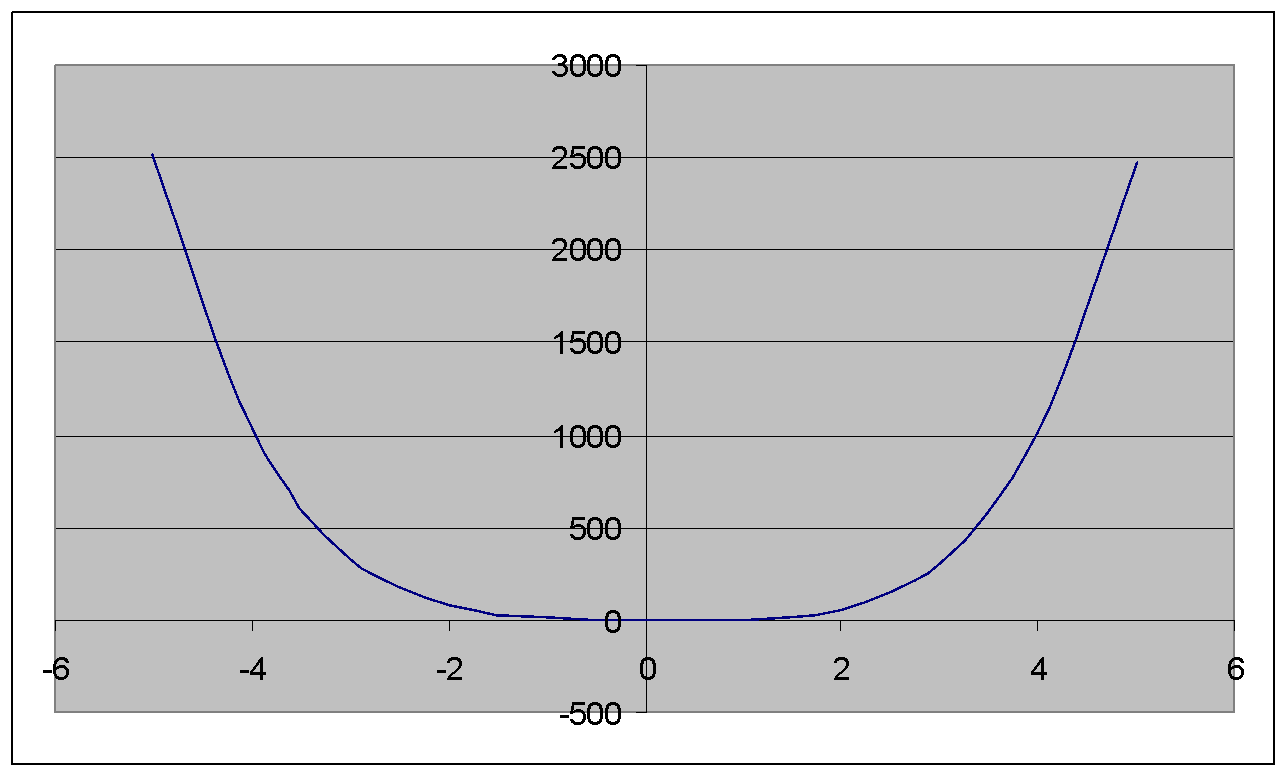 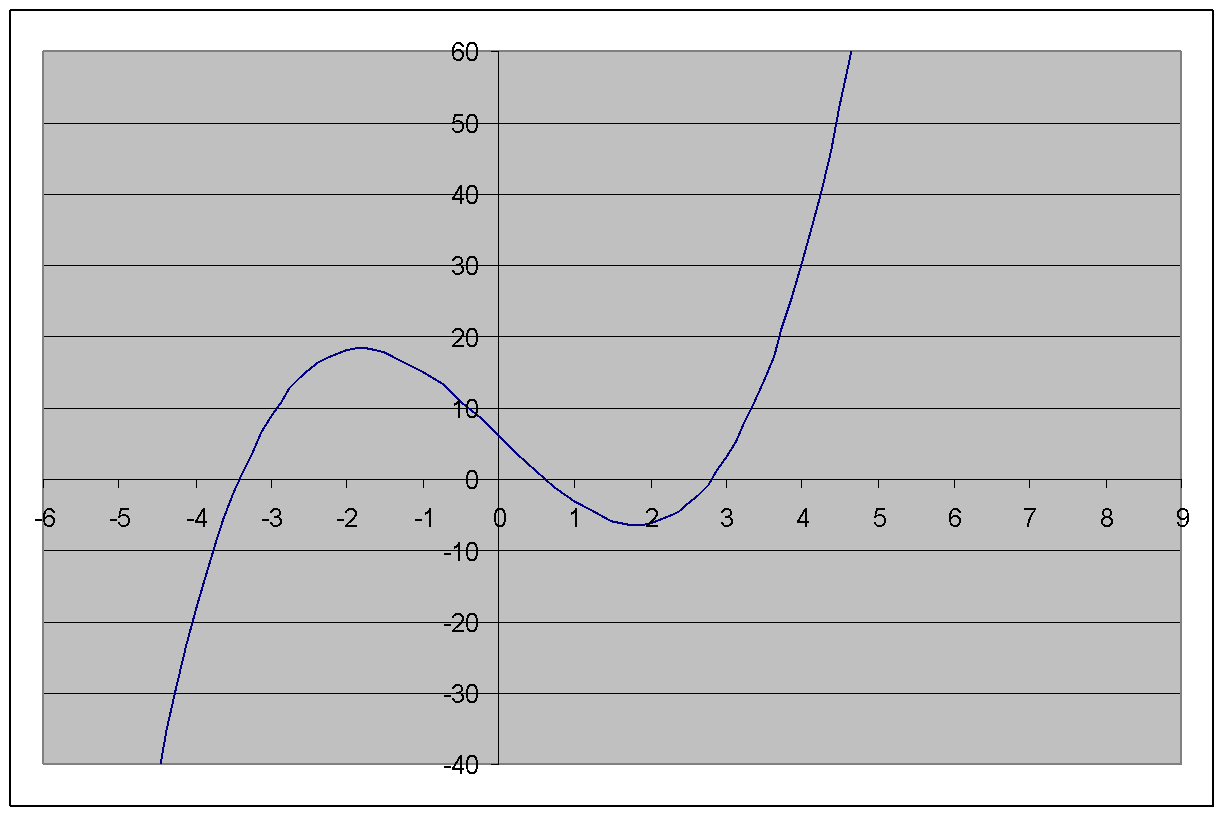 It is based on the formula 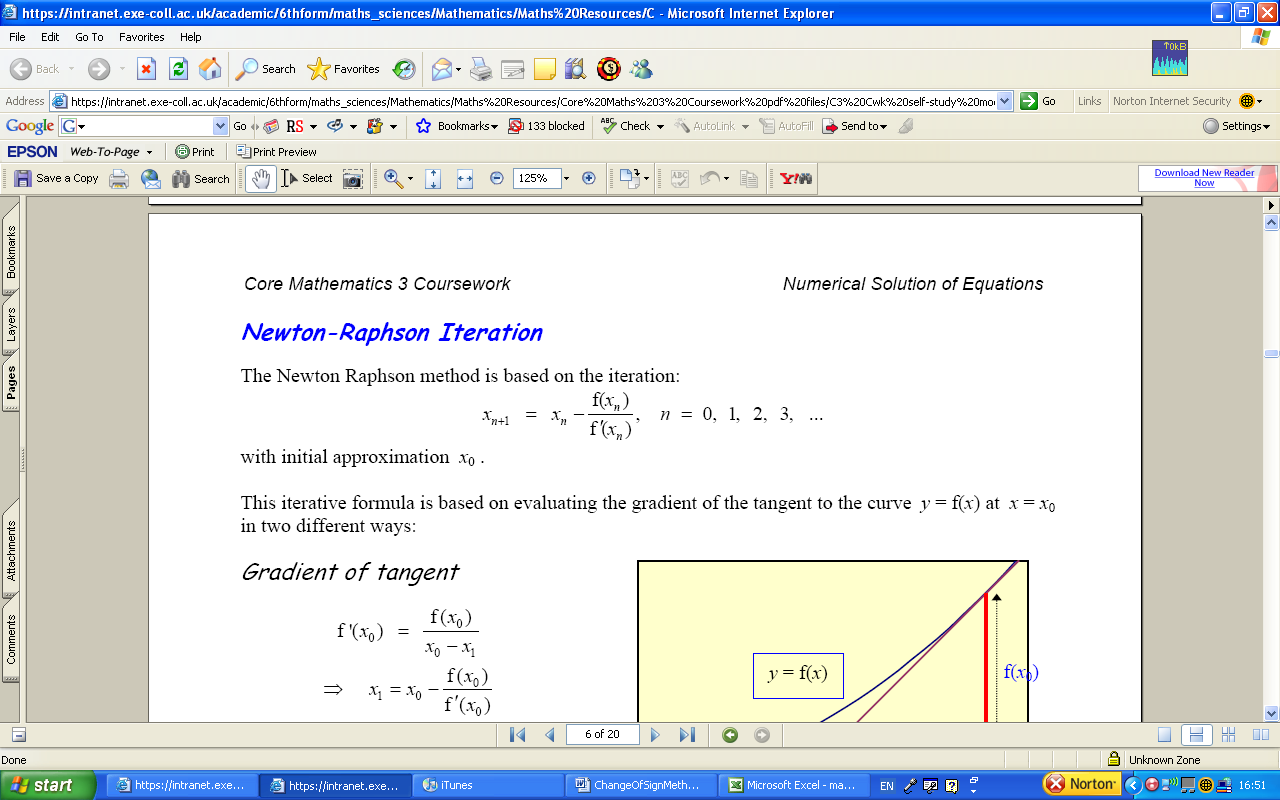 Xo is the original estimation of a root. Therefore we replace Xn with Xo.

My original estimate for the middle root is 3, so substitute 3 for Xo.

The other two roots of this equation are:

This method can be illustrated graphically: 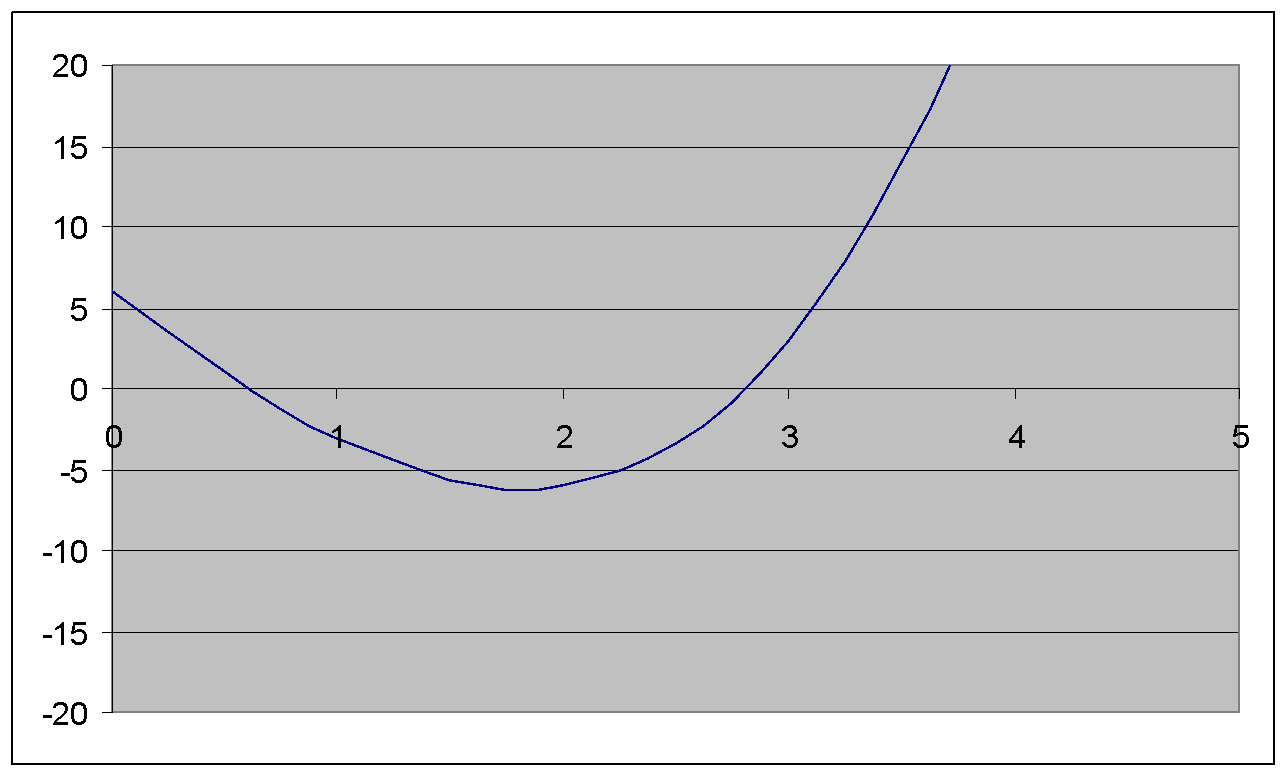 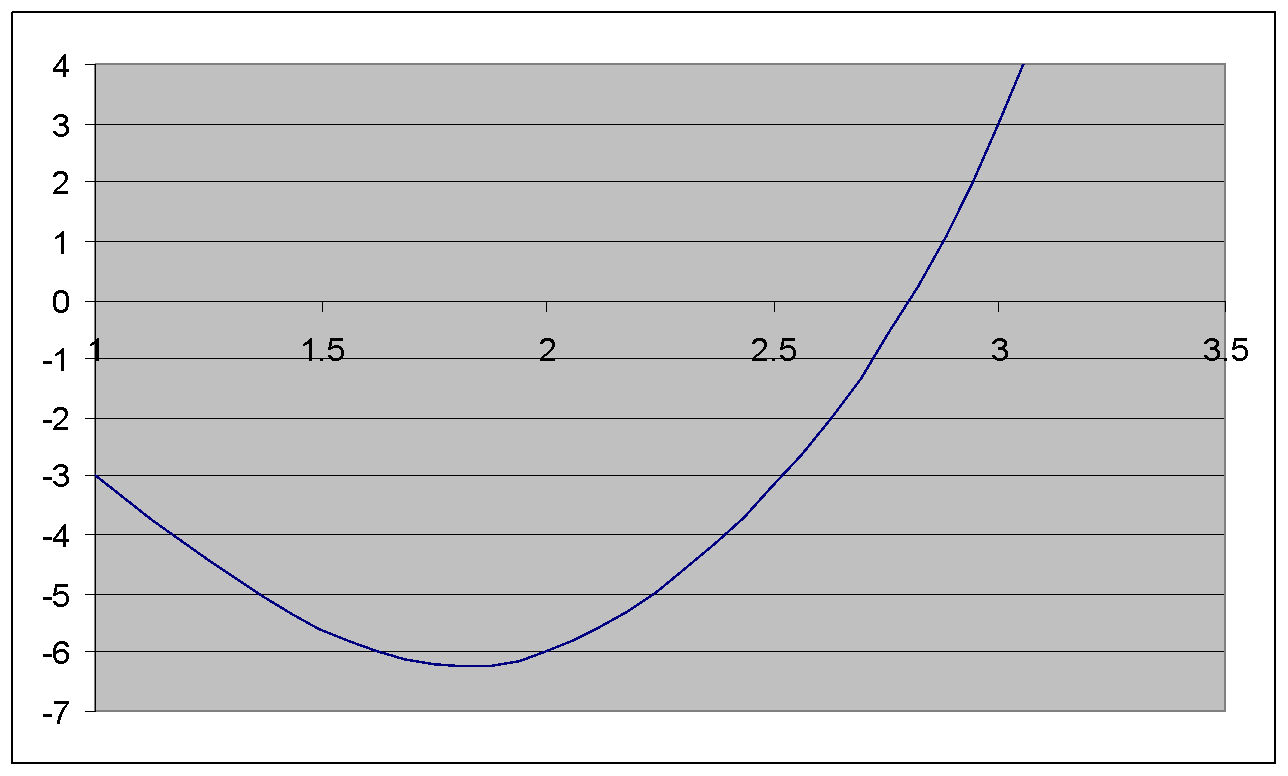 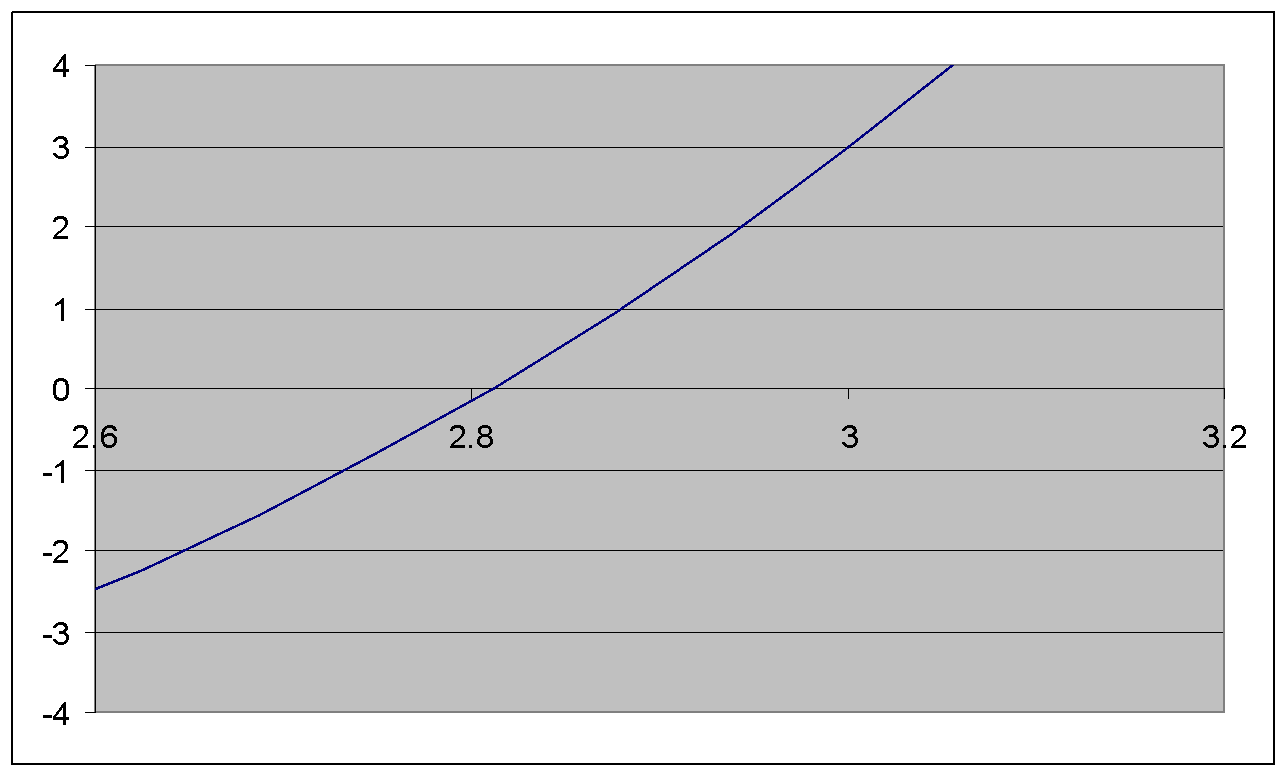 Failure of the Newton-Raphson Method 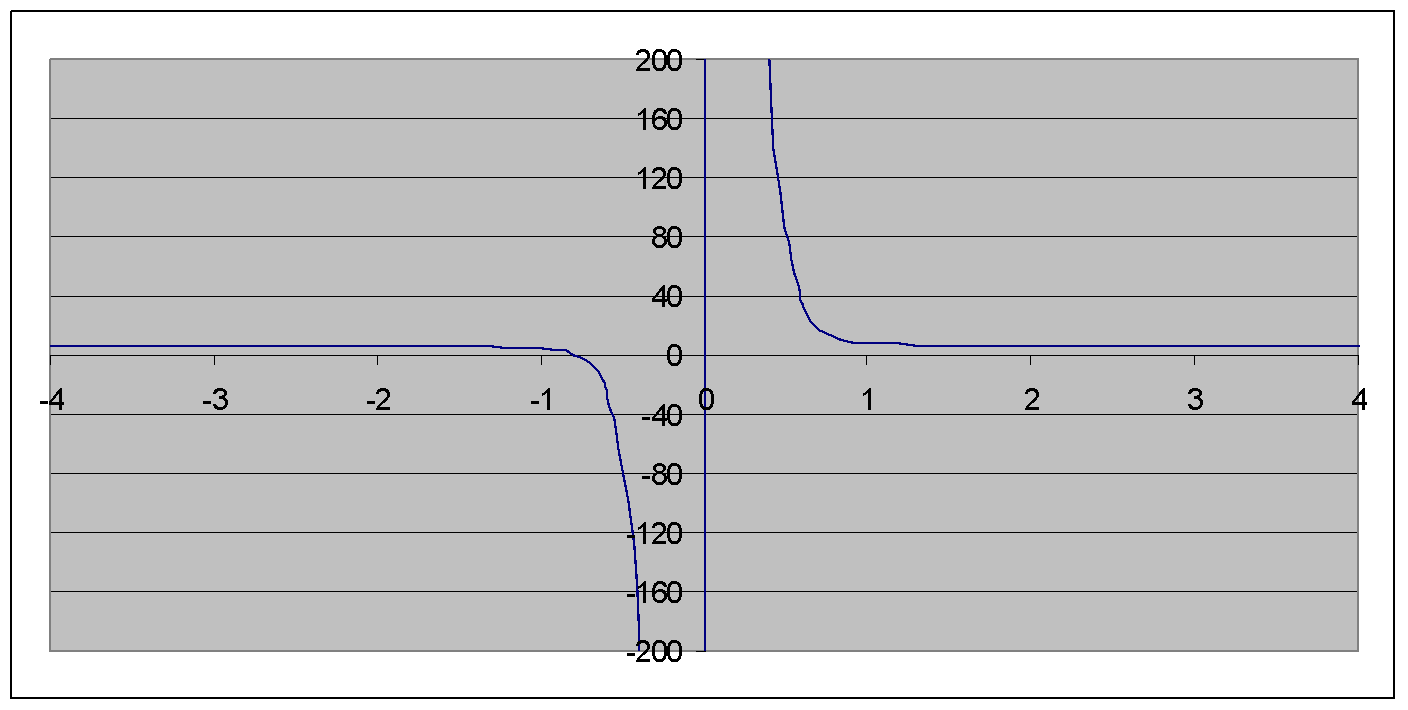 However, the time it takes to set up and apply a method also affects it’s efficiency.

The Newton Raphson method took the least amount of steps to find the root, but also took the most time to substitute into the formula as the function had to be differentiated. Although this took a while, once the formula was in the calculator, it could easily be repeated for each Xn.

The Change of Sign method took 6 steps to converge to the root (up to 5 s.f.) but took by far the most time to work out. This was because the table on excel for each step had to be changed, while using the other methods a calculator could just re-iterate the chosen formula.

The Fixed Point iteration took more steps to converge to the root, twice that of Change of Sign and three times that of the Newton Raphson method. However, it was the quickest to find using hardware and software as the formula was easily re-arranged and could then be quickly written into and then re-iterated on a graphical calculator for each Xn.