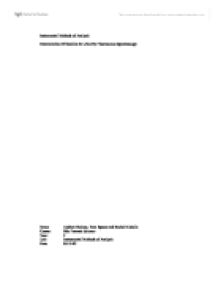 Standard addition was used to accurately quantify for quinine in an unknown urine sample containing approximately 100 &amp;igrave;g cm&amp;#8209;&amp;sup3; of quinine.

Determination Of Quinine In Urine By Fluorescence Spectroscopy 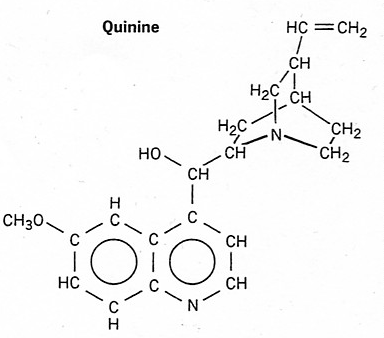 Quinine is a white solid, C20 H24 N2 O2.3H2O. It is a poisonous alkaloid found in the bark of the South American cinchona tree, although it is now usually produced synthetically. It forms salts and is toxic to the malarial parasite, and so quinine and its salts are used to treat malaria. In small doses it may be prescribed for colds and influenza. In dilute solutions it has an astringent taste and is added to some types of tonic water.

The analysis of quinine in urine is important in forensic science as quinine is frequently used as an adulterant in illicit heroin samples.

Self-absorption decrease fluorescence efficiency, which is defined as the ratio of the number of photons emitted as fluorescence to the number absorbed. For strong fluorescence, such as quinine, at high concentrations the incident intensity Po falls very rapidly across the sample and strong fluorescence occurs only from the front layer. The desired situation is for even excitation along the path of the beam, hence solutions must be adequately diluted and high intensity exciting sources employed

The atomic fluorescent spectrophotometer works by employing double beam optics as shown in fig.2, in order to compensate for fluctuations in the power of the source. The sample beam first passes through an excitation filter or a monochromator, which transmits radiation to excite fluorescence but exclude radiation of the wavelength of the fluorescence emission. Fluorescence from the sample is propagated in all directions but is most conveniently observed at right angles to the excitation beam; at other angles, large errors in the measurement of intensity may be caused as a result of the increase scattering from the solution and the cell walls. The emitting radiation reaches a photo transducer after passing through a 2nd filter or monochromator that isolates the fluorescence for measurement.

The reference beam passes through an attenuator that reduces its power to approximately that of the fluorescence radiation. Signals from the reference are then fed into a difference amplifier whose output is displayed by a meter.

Components Of A Fluorescence Spectrophotometer 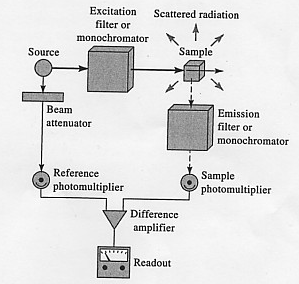 Standard addition is an alternate calibration technique to external standardisation. It is applicable to all types of analytical methods not just fluorescence spectroscopy.

The aims of the ecperioment as outlined at the beginning of the report were met successfully and were as follows;

The first aim was achieved through the preparation of the six standard addition solutions and the measurement of the fluorescence of each. The results were tabulated and shown graphically in figs. 4 and 5 respectively.

The third aim was met in the discussion where the data represented graphically was assessed as being linear. Other components of the urine such as chloride ion present due to salt being excreted in the urine were judged to possibly interfere with the fluorescence of the sample.

The forth and fifth aims were met through safe lab practice and careful procedural techniques.

The sixth aim was achieved by the method employed in the experiment.