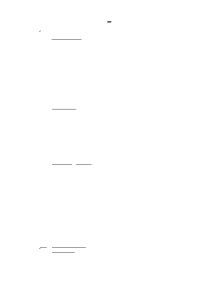 An investigation Into The Different Marketing Language of Holiday Brochures For Different Age Groups.

An investigation Into The Different Marketing Language of Holiday Brochures For Different Age Groups Introduction: In my language investigation I will be looking into the similarities and differences between the ways in which holidays for young people (Club 18-30), families (First Choice Summer Sun) and the more mature couples (Forever Young) are marketed toward their specific target audience. I will be researching the different linguistic ideals, which are attached to each holiday. A holiday is after all more than just a product; it is a set of ideals and principles that reflect life-style choices. This makes the linguistic analysis for each catalogue interesting. Each potential buyer will only buy holidays that boast the interests and expectations of the buyer; for example, a sun worshipper would look for beaches and a sightseer will look for views. So different brochures are for different markets. I am expecting that the brochures will have differences in graphology, lexis, and pragmatics. Each target audience will exhibit different principles and look for different aspects within their ideal holiday. I am interested in brochures that are aimed at different age groups. The brochures offer holidays to the same towns around Gran Canaria, Costa Blanca in Spain and Cyprus. To ensure control, I will only be looking into hotels that have been granted the same star ratings (2-3 star) in the same resort, and if possible the exact same hotels. In rare situations, despite their different clientele the travel companies surprisingly use the same hotels. I will then be able to investigate further into the descriptions of same towns and same star hotels (and possibly the same hotels), but which are aimed at different age groups. When the same hotel appears in more than one brochure, I shall linguistically scrutinize the different unique selling points the travel agent has used. I will compare the brochures descriptions in detail and see how the same place is targeting different audiences linguistically as well as graphologically. ...read more.

used as it could also be implying cordiality." Rich" is used to refer to the fertile countryside but as the word also means wealth the connotations of warmth and richness are very desirable. Summer Sun introduces Cyprus as the birthplace of "The legendary goddess of love, an island of immense natural beauty... clear blue seas". The connotations here are surprisingly of a romantic nature. This is shown by the semantic field of romance. Within the quotation we can see the words "love" and "beauty" portraying this. This could be to appeal to couples that still want to recapture the mood of days gone by despite having families. Club 18-30 has a paragraph which gives no description of location, but of nightlife, for example "Massive dance scene... 5kms of golden sands and crystal clear waters.", This could be because the target audience are more bothered about the nightlife than the surroundings of the accommodation. In their introductions to Cyprus, the objectives of Forever Young and Summer Sun are to describe the features of the island and its ambience in hope that the language will sell a holiday. The connotations are of peace and tranquillity e.g. In Summer Sun "Gently shelving safe sands" and "the cool pine clad Troodos Mountains" and in Forever Young "Picturesque coastal resorts" and "Superb beaches and offers tranquillity" However in club 18-30, the connotations are of fun and s*x! Phrases such as "gagging with excitement" are used to entice the reader. Gagging literally means choking, but it is a modern slang term and in this context, the editor expects the reader to think of "gagging" as anticipating something uncontrollably. Below, I have made a table showing how I have calculated the average paragraph length with the amount of adjectives per sentence. This can then indicate which brochure relies upon descriptions and mental imagery the most to sell the holidays on offer. ...read more.

This is far more noticeable between Club 18-30 and the other two brochures. The editor of Club 18-30 expects that intertextual allusions will be perceived by their readers and seen as an attraction. On the whole the choices of language and expression create a particular style inspired by the contextual circumstances. Club 18-30 is dominated by photographic images, which may be seen as more enticing to younger generations. Forever Young and Summer Sun rely more on a combination of text and image. It is surprising to find out that in Club 18-30, the association between the company's reputation, the photographs and the text is very close. Club 18-30 are not trying to hide anything or show any misleading factors about the holidays offered. Literally, what you see is what you get, and the company accepts that. Summer Sun and Forever Young are being presented by reputable companies (First Choice and Thomas Cook) with large market shares. This is then surprising that the photos on the front covers appear not to correspond with the photographs of the accommodation, or with the descriptive texts. I conclude that all brochures do meet the requirements of all the target audiences, but Forever Young isn't as exclusive as it thinks that it is. No single brochure was superior to the other in design. Each brochure addressed its target audience effectively. However, the target audience for one brochure may think that the brochure targeted at them is superior, but that is only from their personal point of view e.g. the Forever Young target audience may be offended by Club 18-30's brochure. Colloquial expressions are commonly used in Club 18-30, but this would just not be accepted in the Forever Young brochure, as it is far more formal. But linguistically, all the brochures are on a par and are effective for their audience. This to me is proof that the editors of the brochures have expectations of their target audiences; their knowledge, hopes and aspirations. ...read more.