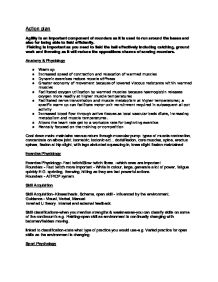 Action plan to improve my performance in rounders.