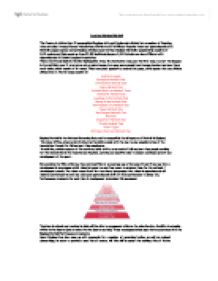 Local and National Netball The Country is divided into 10 geographical Regions with each Region sub-divided into a number of Counties; there are also 3 Armed Forces Associations. Within the 57 affiliated Counties there are approximately 375 Netball Leagues spread across England. Broken down further, England Netball's membership consists of 3,311 registered Clubs made up from 55,180 individual players. 2,814 Schools are also affiliated with approximately 30 Junior Leagues in operation. There are 31 local clubs in the Nottinghamshire Area. The Huthwaite team was the first team to start the leagues in the Ashfield area. It started as only a junior league, but many more people have become involved and now there are 8 clubs, which consist of 16 teams. There was great popularity towards the game, which meant that one division divided into 2. The 16 teams consist of: Ashfield Angels Bridgford Netball Club Cliftonettes Netball Club Cobra Netball Club Hucknall Red Lion Netball Team Huthwaite Netball Club ...read more.

The talent squad itself is a two-tiered programme that takes in approximately 60 talented performers in year one; and move approximately 50% of those performers to phase two. Performance standards for each tier of development determine this movement. Teachers in schools and coaches in clubs will be able to recommend athletes for selection into Satellite Academies within Active Sports (see attached Active Sports section). These recommendations must be in accordance with the England Netball Performance Standards. Sport England has also come up with proposals for a number of governing bodies, as well as regional consortiums, in order to provide a new tier of events. All this will be under the working title of Active Sports Talent Camps. These will all eventually give the young sportspeople the opportunity to easily break into the professional game, either through scouting or youth academies. ...read more.

and in curriculum time. England Netball is committed to providing and promoting equal opportunities in Netball and its first fully co-ordinated National Disability Development Plan was launched in 1996. The plan now addresses the issues of accessibility for disabled people, not only to the Netball court, but also to opportunities and courses for coaches, umpires, other officials and administrators. In addition, it focuses on awareness training for coaches, umpires and volunteers, to ensure that people with disabilities may enjoy the highest quality experiences through the game of Netball. Wheelchair netball consists of a 7-a-side game which maintains all the characteristics of Netball, but with modifications to the rules covering travelling and playing the ball. There are no disabled netball teams in the Nottinghamshire area reasons being there are not many people with disability who would join in but people who have disabilities are able to go to clubs and join in practices and games. ...read more.