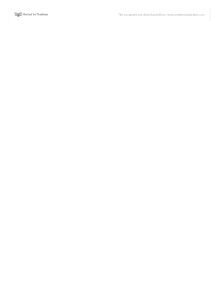 Are pressure groups good for democracy?

Are pressure groups good for democracy? There are many differing views on the role of the pressure group within the modern liberal democracy. Some political commentators claim that pressure groups led to an imbalance of democracy or a democratic deficit, because people who are members of pressure groups receive more of a political voice than those ordinary members of society whose access to democracy is their vote during elections. The opposite f this is the opinion which claims that pressure groups are not a form of democratic deficit but merely a way of the public getting its opinions herd and a form of communication between public and government. I am now going to analyse the pluralist model, and begin by answering the question what is a pluralist? Pluralists uphold the principle that political power in a liberal democracy is widely distributed, that continual competition between groups and that new groups constantly emerge. The pluralist would claim that the pressure group system is good for democracy as it allows people access to politics all the time as opposed to once every 4 years when an election is held. ...read more.

It is more likely that a pressure group will be ignored by government than listened to. Secondly pressure groups are not representative of the public, and often their members, this is because many groups do not have procedures for consulting their members. Thirdly because of the wide range of pressure groups different groups exert different amounts of pressure on decision makers therefore it is impractical and wrong to generalise. Fourthly pressure groups disguise the true nature of power. By claiming that decision makers merely arbitrate between the views presented by competing groups, supporters of pluralism give the impression makers are neutral when their primary concern is the maintenance of the capitalist system. Marxists like pluralists agree that organised groups are important. However, the Marxist view holds that the state is far from neutral and the imbalance in terms of political power between the groups. Thus not only will the state in liberal democracies favour business interests against those of organised labour, but their is also a huge difference between the resources available to the two, this is described by Miliband as 'imperfect competition'. ...read more.

This is often out of proportion of their true importance in society. Therefore they can be seen as a threat to parliamentary democracy. Pressure groups themselves may not be internally democratic. Therefore it is wrong to assume they will be outwardly democratic and it will lead to leaders and spokesmen expressing opinions which are not reflective of the democratic system. This means they become reflections of elitism rather than pluralism. Trade unions were suspected of this practice before reforms of the 1980's. The same could be argued today of the Automobile Association, the British Medical Association, or the Football Association none of which have a process for consulting their members. In conclusion, on the whole pressure groups make a significant contribution to the democratic system. They allow the views of the minority to be heard and they promote mass participation in the political system. However they can led to an uneven spread of democracy and certain people benefit more from the system than others. In my opinion on the whole pressure groups enhance the political system. So in turn they are an important part of modern liberal democracies. ...read more.