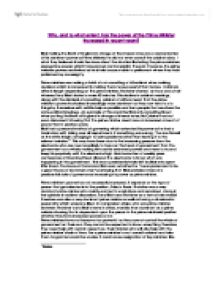 Why, and to what extent, has the power of the Prime Minister increased in recent years? Blair making the Bank of England in charge of the interest rates was a demonstration of his dominant power as Prime Minister; he did not even consult the cabinet about what they believed should be done about the situation illustrating the prime ministers prerogative powers which have proved controversial in the past. However, the prime ministers powers are limited as he is held accountable to parliament where they hold parliamentary sovereignty. Prime ministers are making a habit of not consulting a full cabinet when making decisions which is consequently making them more powerful than before. Cabinets differ in length depending on the prime minister; Thatcher's lasted an hour and a half whereas Tony Blair's lasted a mere 40 minutes. This decline in cabinet meetings, along with the dismissal of consulting cabinet at all has meant that the prime minister's power has looked increasingly more dominant as they now tend to do things by themselves with as little help as possible and from people that are share the same political ideology. ...read more.

Prime minister's power has not necessarily increased; it depends on the type of person that gets elected into the position; Foley's thesis. Thatcher was a very dominant prime minster who mainly wanted to work alone and remained strong in her opinions in cabinet discussions. Tony Blair used Thatcher as a form of role model therefore was also a very dominant prime minister as well as having a charismatic personality which everyone liked. In comparison Major, who was prime minister between Thatcher's and Blair's terms in office, was less than dominant as a prime minister showing that is dependent upon the person in the prime ministerial position whether they have increased powers or not. Prime ministers have not become too powerful as they cannot control the whole of government on their own. They cannot be expected to know everything therefore they need help with certain aspects i.e. their ministers who will also help with the prime minister's lack of time. For a prime minister to not consult cabinet and take them for granted would be unwise. ...read more.

Thatcher's government to Cameron's traditional conservatism. There is also the much debated 10 year rule where one party can only be in government for about 10 years before the electorate get bored and need change. This is what occurred in the 1990s when Thatcher had been prime minister for a long period of time and this is what is occurring at the moment; Brown has taken over a government which has already over-run a 10 governance period therefore making him more unpopular and Cameron increasing popular - "parties do not win elections, the other party just lose them" therefore not increasing the power of the prime minister. Overall, the power of the prime minister has not increased as they are still held accountable to parliament and need help from their cabinet even if sometimes they simply ignore them or do not consult them about a matter. A prime minister needs to have the support of their cabinet to help them through difficult situations which by themselves, they could not cope with. There may be some evidence for their power increasing slightly but it can also depend on the type of person in the prime ministerial position that can make them powerful or not. 1 Norton ?? ?? ?? ?? ...read more.