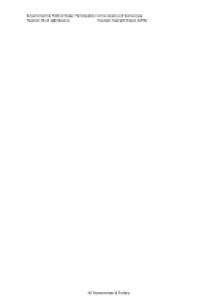 Participation is the essence of democracy Discuss

﻿Government & Politics Essay: Participation is the essence of democracy Teacher: Ms S Lightbowne Student: Kamahl Brown 12FXL ________________ ?Participation is the essence of democracy? Discuss For many years and even centuries one of the main discussions that have been very dominant is the ?right to vote.? The right to vote is a phrase that has been in headlines for many centuries to give countries more of a democracy. The United States, Women across the world and many minorities had to fight and millions died in the process to fight for their right to vote. However, is voting the essence of democracy or is voting an overrated task? Is participation of the people needed to make a democracy? Democracy means the right to vote, it doesn?t mean that you have to vote, if no one votes then it?s a democracy because it shows that no one are interest on how the country is ran so the previous government that was voted by the people, will carry on making the decision. In the United Kingdom, if you are over the age of 18 and you do not have a criminal record, you are allowed to vote. If you are ill and you want someone else to vote on your behalf, that vote will be rejected. ...read more.

To interpret what Burke was saying, is that if citizens leave their trust into the governments? hand, then evil will prevail. What he is trying to promote is a fairer world but with the input of the people. Burke?s main influences in life were religion as both of his parents were strong believers. Burke wanted to widen out the political participation as he wanted to defend the independence of the House of Commons as he opposed the King George III attempts to regain some of the prerogatives that the monarchy had lost in the Glorious Revolution of 1689. (UK Political, General Election Turnout 1945-2010) As you can see from this graph, the turnout has dropped down significantly. The main reason is disenchantment. Many voters lose faith and trust in those who are in government. As you can analyse in 1950 it was the highest turnout. The Second World War finished 5 years before and the people wanted to be in a society where they were confortable and safe. Though there has been a few upwards growth for example in 1979 when the first female was running to be Prime Minister and Margarat Thatcher won the peoples vote. The biggest dip was between 1997 and 2007. The Electoral Voter Commission stated that the reason why the turnout was a lot of 18-24 year olds did not vote. ...read more.

The middle class votes Conservatives and working class votes Labour), another is the rational choice theory (Himmelweit at al 1981 said that citizens vote due to the performance of the previous administration and how it?ll effect their or their families goals, the last and final theory is the Dominant Ideology Theory (Dunleavy and Husbands 1985 argues that people vote due to the mass media and the misrepresentation). These theories suggest that we as the people have created competition, security and democracy. The UK leads by example because if people do not participate as citizens of a country, the citizens would be more of a dictatorship. John Prescott wanted devolution for the South East; however they voted against it by a milestone. This is the essence for democracy. In my opinion I believe that if someone doesn?t want to vote or participate because of the lack of trust or because of financial issues then they shouldn?t, why should someone vote for a party or become a member of a party if they are not fulfilling their promises? However, I do believe that if a high proportion of the population do not vote then democracy will not take place because it is not a representative of the whole country. AS Government & Politics ...read more.