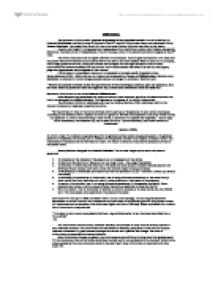 Utilitarianism theory was developed first by Jeremy Bentham. His student John Stuart Mill who is the most famous Utilitarian then took on this theory.

Utilitarianism. The principle of Utilitarianism 'greatest happiness of the greatest number' can be traced back to Frances Hutchinson and David Hume of Scotland in the 18th century. Utilitarianism theory was developed first by Jeremy Bentham. His student John Stuart Mill who is the most famous Utilitarian then took on this theory. America had fought for and gained their independence from the British to obtain their freedom and greater democracy. The Declaration of independence of the 13 colonies, action of the second continental congress of July 4th 1776. The French revolution had its English admirers of its principles. Human rights had become a real issue and the greater demand for democracy was heard; reform was seen to be much needed. When it came to the principles, which might guide the reforms, among the clearest and strongest was the single principle of Utilitarianism. Utilitarianism has penetrated deeply into the national moral consciousness and tends to be the way the majority judge the righteousness and wrongness of their actions. ...read more.

of the party whose interest is in question: or, what is the same thing in other words, to promote or to oppose that happiness. I say of every action whatsoever; and therefore not, only of every action of a private individual, but of ever measure of Government" Bentham (1789) An action is right if it produces the greatest good for the greatest number where the greatest good is the greatest pleasure or happiness and the least pain or sadness and the greatest number is the majority of people. Good is the maximisation of pleasure and the minimisation of pain. His theory is democratic because the pleasure can't be for one person alone. Jeremy Bentham designed the Hedonic Calculus. The calculus weighs up the pain and pleasure generated. 1. Its Intensity (or the Intensity of the pleasure as a consequence of the action) 2. Its duration (The duration of pleasure (I.e. how long it lasts - the longer the better)) ...read more.

Mill accepted the Utility Principle of the greatest good for the greatest number. Mill maintained that the pleasure of the mind were higher than that of the body. When confronted with a choice that of the mind is to be preferred. " It is better to be a human being dissatisfied than a pig satisfied; better to be a Socrates dissatisfied than a fool satisfied" Mill Act Utilitarianism maintains that, whenever possible, the principle of Utility must be directly applied for each individual situation. Act Utilitarianism has the benefit of flexibility, being able to take that into account individual situations at a given moment although the actions that it justifies can change. This form of Utilitarianism is associated with Jeremy Bentham. Rule Utilitarianism focuses on general rules that everyone should follow to bring about the greatest good for that community. Rule Utilitarianism establishes the best overall rule by determine the course of action which, when pursued by the whole community leads to the best result. Rule Utilitarianism is associated with John Stuart Mill. ...read more.