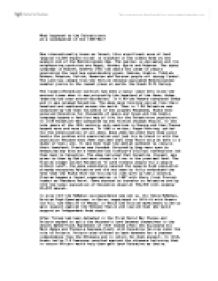 What happened to the Palestinians as a consequence of the 1948 War? Now internationally known as Israel, this significant area of land (approx 10,000 square miles

What happened to the Palestinians as a consequence of the 1948 War? Now internationally known as Israel, this significant area of land (approx 10,000 square miles) is situated in the middle East at the eastern end of the Mediterranean Sea. The capital is Jerusalem and its neighbouring countries are Egypt, Jordan, Syria and Lebanon. The state language is Hebrew, however over the years the range of people populating the land has considerably grown. Hebrew, Arabic, Yiddish, German, Russian, Polish, Romanian and Persian people all occupy Israel. The land too ranges from the fertile densely populated Mediterranean coastal plains to the lowest place on earth; the Great Rift Valley. The Israeli/Palestine conflict has been a major issue ever since the ancient times when it was originally the homeland of the Jews, Judea (meaning the area around Jerusalem). In 6 AD the Romans conquered Judea and it was renamed Palestine. The Jews were forcibly exiled from their homeland and scattered across the world. Then in 7 AD Palestine was conquered by the Arab followers of the prophet Muhammed, Arabs then occupied Palestine for thousands of years and Islam and the Arabic language became a familiar way of life for the Palestinian population. In 1516 Palestine was conquered by the Turkish ottoman Empire. In the late years of the 19th century, anti-semitism in Russia and then France became more and more severe. ...read more.

The revolt was led by the Husseini family, hundreds of both Jews and Arabs were killed. But the Jews kept coming as the holocaust began in Germany in 1938 there was a major influx of Jewish immigrants. By 1939, the British government had begun to regret their decisions whilst feeling sympathetic towards the Arabs and were now against a Zionist state. The 1939 White Paper decreed that 15,000 Jews would only be allowed to enter Palestine each year for five years. However the fighting still continued and armies such as the Irgun and Haganah supporting Britain against the Nazis were set up. In October 1945 a guerrilla war was started. In February 1947 Britain announced that she would hand Palestine over to the United Nations. On 29th November 1947 the UN approved a partition to split Palestine into two states - one for the Palestinian population and one for the immigrated Jews. Although the split did not include Jerusalem they still happily accepted, however the Arabs refused point blank as they believed the split was unfair Although the Palestinians accounted for 65% of the population but only kept 40% of the land, they were furious. Following the approval over the next few months there was increasing violence between the Jews and Arabs in Palestine. On 14th May 1948 Ben Gurion leader of the Zionist, proclaimed the state of Israel in existence, the Arabs were already angry ...read more.

Bad timing and ill use of ceasefires led to the Israeli victory. Then there were the Palestinians that actually remained in the Jewish controlled areas. When the Jews came from across the world many tried to assimilate and as a result intermarried with the Palestinians. So when the fighting began they had to suffer the War around them and many may have broken due to the pressure. Also after the War, the Palestinians that stayed in their homes under Jewish control would have been humiliated and resentful at having to live under Jewish control. But the ultimate consequence for the Palestinians from the 1948 war is that they lost their own homeland. Their religious historical connections to the land had been stripped from them. In 1948 the Arab Palestinians were only under control of the Gaza Strip, East Jerusalem and the West bank. They would have to continue living in their camps knowing that they would most likely never gain back their own homeland as it would be such a large enemy to contend with. The Jews now had America and Britain supporting them. With Germany's defeat in the Second World War the Palestinians had barely any support since their neighbouring countries did not seem too interested. The Palestinians probably never thought about the prospect of losing their home and in a matter of months many had been evicted from their own country. ?? ?? ?? ?? ...read more.