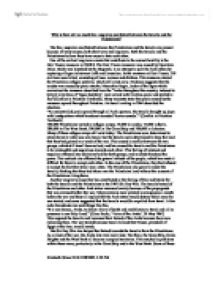 Why is there still so much fear, suspicion and hatred between the Israelis and the Palestinians?

Why is there still so much fear, suspicion and hatred between the Israelis and the Palestinians? The fear, suspicion and hatred between the Palestinians and the Israelis are present because of many causes, both short term and long term. Both the Israelis and the Palestinians believe they have cause to hate each other. One of the earliest long-term events that contribute to the current hostility is the Deir Yassin massacre in 1948-9. The Deir Yassin massacre was caused by Operation Dalet, which was launched by the Haganah, in an attempt to split the Arab states by capturing villages in between Jaffa and Jerusalem. In the massacre at Deir Yassin, 250 civilians were killed, consisting of men, women and children. This massacre started the Palestinian refugee problem, which still exists now. Evidence suggests that the exodus was caused by panic attacks. Menachim Begin, leader of the Irgun which carried out the massacre described how the "Arabs throughout the country, induced to believe wild tales of 'Irgun butchery', were seized with limitless panic and started to flee"(Conflict in Palestine Textbook). Many accounts state that panic caused by the massacre spread throughout Palestine. An Israeli writing in 1964 described the situation; "An uncontrolled panic spread through all Arab quarters, the Israelis brought up jeeps with loudspeakers which broadcast recorded 'horror sounds'." ...read more.

In Beirut, where the massacre took place, a large number of civilians were killed. The estimates vary a lot, from under 500 to over 3000. At the time, Ariel Sharon was the Israeli Defence Minister. In 2002, Ariel Sharon was Prime Minister. Many Palestinians in Jenin claim that there was a massacre at Jenin in 2002, but Sharon claims that only "a few dozen Palestinians were killed." However, the Israelis refused to let the UN send an investigative team to find out what had happened, which made the situation very suspicious. Many Palestinians and Arabs believe that there was a massacre, and therefore, mistrust towards Sharon increased, as they feel that Sharon is still capable of acts such as these, and that history would repeat itself. Yitzhak Rabin is another figure that has influenced attitudes. He was the head of the new government in 1992 after 15 years of Likud rule. He wanted peace, but many right wing and religious Israelis didn't want to return the West Bank and Gaza to the Palestinians. They didn't want to part with the land because a lot of biblical events had happened there. In November 1995, Yigal Amir, a 27-year-old Jew, assassinated Rabin. ...read more.

The Christian militia, the Phalange, attacked civilians for many hours, killing women, children and the elderly. The Israeli army could see what was happening from a distance but did nothing to stop them. Certain figures also helped create the hate and suspicion between the Israelis and the Palestinians. One such figure is Yasser Arafat. He was the former leader of the PLO and a reformed terrorist. Because of his background, the Israelis were wary of him, even though he claimed to have left that and gone into politics legally. Another important figure is Ariel Sharon. The mistrust of the Palestinians toward Sharon was increased because of the 'massacre' at Jenin. The actual number of those massacred is still unclear, and a UN investigative team was not allowed access by the Israelis. This made the whole incident even more suspicious. All these points helped to fuel the fear, hatred and suspicion of the Israelis against the Palestinians and vice versa. These views are, and still will be, passed from one generation to the next, and until these views can be at least confined, no amount of peace treaties will remedy this conflict. The conflict between the Palestinians and the Israelis is present today, even if news coverage on the issue is sparse. This conflict is based on the fear, hatred and suspicion that each have for one another. ...read more.