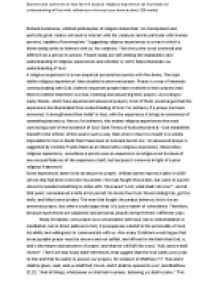 Examine and comment on how far the study of religious experience can illuminate an understanding of God with reference to answered prayer.. (50 marks)