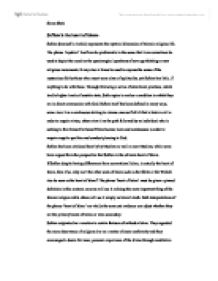 sufism is the heart of islam

Sufism is the heart of Islam- Sufism (tasawuf in Arabic) represents the mystical dimension of Islamic religious life. The phrase 'mystical' itself can be problematic in the sense that it can sometimes be used to depict the occult or the quasimagical quackery of new age thinking or new religious movements. It may also at times be used to express the sense of the mysterious felt by those who assert some class of spirituality, yet Sufism has little, if anything to do with these. Through following a series of devotional practises, which lead to higher levels of ecstatic state, Sufis aspire to realise a condition in which they are in direct communion with God. Sufism itself has been defined in many ways, some view it as a continuous striving to cleanse ones self of all that is bad or evil in order to acquire virtue, others view it as the path followed by an individual who is seeking to free himself or herself from human vices and weaknesses in order to acquire angelic qualities and conduct pleasing to God. Sufism has been criticised heavily by Muslims as well as non-Muslims, while some have argued from the perspective that Sufism is the ultimate heart of Islam. If Sufism despite having differences from conventional Islam, is actually the heart of Islam, then if so, why can't the other sects of Islam such as the Shiite or the Wahabi also be seen as the heart of Islam? ...read more.

Haqiqa refers to the 'inner Truth' or 'inner Reality' that Sufis believe is at the heart of Islamic revelation. The radii of the circle are the tariqah, and the circumference is the Shariah. Tariqah means the path that one follows through spiritual practise in order to reach the ultimate truth (the haqiqa). Each Muslim is like a point on the circumference, whose totality composes the Islamic community or ummah. To reach the haqiqah one must first stand on the circumference, that is, practise the Shariah, and then follow the tariqah, or path to God, whose end is the centre, God himself, or the haqiqah. This raises the truth that Sufism is the heart of Islam, as here it undoubtedly explains how. All the evidence noted above bestows the suggestion that Sufism is the heart of Islam yet the confirmation has not been revised from both sides and is therefore not balanced yet. To balance our answer to the main question 'Sufism is the heart of Islam' then we must now take into consideration reasons for why Sufism might not be the heart of Islam. Firstly Sufism has come across many problems by fellow Muslim brothers and sisters. For instance, much Sufi poetry refers to intoxication, ( 'Intoxicated by the Wine of Love. From each a mystic silence Love demands') (Poem by famous Sufi poet Farid ud Din Attar) which Islam expressly forbids as haraam. Some Sufi orders use music, drugs and alcohol to produce ecstatic states. ...read more.

If no one thing can be the true heart of Islam then there must be a variety of things which when thought of together make up the ultimate hearts of Islam, (one of which could be mysticism.) Conclusion After evaluating all the evidence drawn upon I have come to the conclusion that Sufism and the mystical experiences are not at the heart of Islam because their negative aspects outweigh their positive aspects, and rather the oneness of Allah (tawhid) is the true heart of Islam. As Syed Hossein Nasr has said in his book 'The Heart Of Islam', at the heart of Islam stands the reality of God, the one, the absolute, and the infinite. Greater then all we can conceive or imagine, yet closer to us then our jugular vein. Allah is the central reality of Islam in all of its facets, and attestation to this oneness, which is called tawhid, is the axis around which all that is Islamic revolves. The oneness of God is for Muslims not only the heart of their religion, but also that of every authentic religion. The uncontaminated pure and true heart of Islam is to testify to this oneness, using the formula 'there is no God but God and Muhammad s.a.w is the last messenger of Allah.' This testament is not only the heart of Islam as well as the foundation from which all other beliefs and practises of Islam are sought, but it is also the first words a newborn will hear. ...read more.