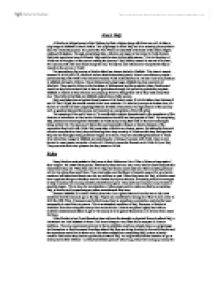 About Hajj A Muslim is obliged once in their lifetime ,by their religion along with their own will, to take a pilgrimage to Makkah in Saudi Arabia. This pilgrimage is called Hajj and is an amazing journey that is done for a definite purpose. It is part of the Five Pillars of Islam that is the basis of the entire religion making it obligatory. Through completing Hajj, a Muslim can begin to feel closer to Allah (Islam's God) and experience inner fulfilment. Hajj must be done for the right reasons, "it is for the glory of Allah not for the glory of the person making the journey." Hajj literally means 'to set out for a place', it's a journey with rites and rituals along the way. The Qu'ran calls Muslims to 'complete the Hajj or Umrah in the service of Allah'. For generations, the journey a Muslim takes has always started in Makkah. This place is sacred because in 10AH, 632 CE, Muslim's believe that Muhammad (pbuh)- Islam's most famous prophet - performed Hajj with 1400 of his followers because Allah instructed him to. He also lived and preached in Makkah during his lifetime. Since Muhammad's pilgrimage, Makkah has been sacred to all Muslim's. ...read more.

If someone can't afford to go, there is sometimes a collection made by the local community to send this one person. This is an accepted condition of Hajj. However, a Muslim is forbidden from borrowing the money from someone else. It has to be gained rightly and with no unlawful measurements taken to get it. The money is to be gained themselves or is to have been raised for them. If the Muslim is too ill and therefore does not have the strength or physical fitness to attend Hajj, a 'substitute' can visit Makkah for them. This doesn't happen very often but is accepted In Islamic traditions. The only requirement enforced is that a substitute must have already been on a pilgrimage for themselves so that the second time they attend Hajj they are doing it solely for the unfit Muslim and the experience would be for them only. One other exception to completing Hajj is when a family member died before they had an opportunity to attend Hajj. As long as they had the intention to go at some point in their lifetime - i.e. they had already planned when to go, they were saving up money etc - then their family member can experience Hajj for them in the same way as a substitute would. ...read more.

It's the most peaceful mindset that a person can be in and is one the most important stages of Hajj. As a Muslim puts of ihram, they must recite the 'Talbiya Du'a" which is a special prayer to Allah. This prayer helps a Muslim to begin to think of Allah and experience everything in the name of Allah. It starts them on their spiritual journey that Hajj takes them on. They repeat, "Here I am at Your service, O Allah, here I am at your service! You have no partner. Here I am at your service. All praise and blessings belong to you. All dominion is yours and You have no partner." Muslim's speak all in Arabic because it is the language of the Prophet Muhammad (pbuh). This language helps visiting Muslims from all over the world to join together as they speak the sacred language. They are able to communicate and share some of their worship for Allah with other cultures. Muslims believe that taking part in Hajj will incur that the Muslim will be judged positively by Allah when they die. Muslims also believe that Allah judges everyone after death on judgement day and decides whether a person will be rewarded with paradise because of their good acts in human life. If a Muslim doesn't carry out Hajj without accepted reason, they aren't a true Muslim in the eyes of Allah. ...read more.