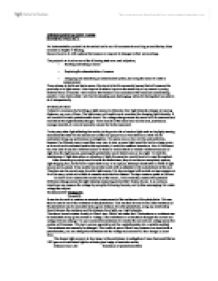 Build a successful sensor that will measure the proximity of a light source.

An instrumentation project is to be carried out for our AS coursework revolving around the key ideas covered in chapter 2- Sensing.

Sensors have to do with systems that measure or respond to changes in their surroundings.

The project is to involve one of the following tasks as a main objective;

I have chosen to build and test a sensor. My aim is to build a successful sensor that will measure the proximity of a light source. I also hope to be able to improve the sensitivity of my sensor by using different forms of circuits. I have chosen this because I am confident of the resources needed being plentiful. I also believe that I will find it interesting and challenging, while still feeling that I am able to do it independently.

I intend to commence by building, a light sensor, to determine how light intensity changes at varying distances, e.g. every 10mm. The light sensor will enable me to ascertain the changing light intensity. It will consist of a basic potentiometer circuit. The voltage change across the sensor will be measured and recorded as the light intensity changes. Three circuits of the same form will be used, and then an average recorded, to rule out anomalies caused by faulty equipment.

To stop any other light affecting the results, (ruling out a risk of random light such as daylight, causing anomalies) the tests will be carried out in either an opaque box or the dark room. Both will be contrasted during my preliminary investigations.

If the results are accurate the potential differences should read;

A Wheatstone bridge circuit will also be used, which should again increase the sensitivity, and will be incorporated into the potential divider. It is clever because it causes the circuit to only be sensitive to the changes in the ratio of the values of pairs of resisters. So forming a circuit in which the resisters are compared, gives very precise results, as well as giving no unwanted out put if there is an outside change.

The three resisters will be changed, to calibrate this sensor so that when subjected to total light the sensor reads 0V.

A prediction can be made using the potential difference results.

To see if a more accurate range of results can be achieved, two other sensor circuits will be used. The first of which is to incorporate an op amp to amplify the output. Amplifiers work with fixed signals (DC). They are called ‘operational amplifiers’ and are a useful instrumentation tool. They amplify the difference in potential between two inputs, they also ignore outside changes that do not affect both inputs equally. Their main advantage is that they need to draw very little current from a circuit, and thus do not alter the p.d they are measuring.

The op amp will amplify the potential difference over the resister in the potential divider circuit. This should gain a wider range and of more figures per result that will help form a more accurate and reliable average.

As suggested, for each sensor, the lamp will be placed at different distances from the sensor. Intervals of 10mm will be used up to 120mm.

-To get more of a range it would be better to take a measurement at 0mm because I noticed that the largest leap of voltage was between 0mm and 10mm. Because of this range it may have been better to record only up to 50mm but record it every 3 or 5mm between this distance. This would then have ruled out the anomalies of little change in the middle of my results- where there was no clear pattern (at around 60mm to 80mm).

I would also make sure that I check the voltage reading and the current reading at regular intervals if I did the experiments again.

Further investigations for my aim;

1        Investigate the effects of how the angle from the sensor to the light affects the readings.