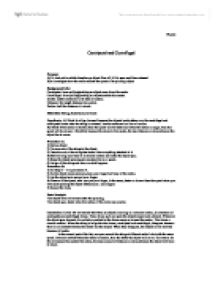 A) To find out in which direction an object flies off, if it is spun and then released.

B) to investigate how the radius affects the speed of ta spinning object.

Centripetal: force pulling/pushing an object away from the center.

Centrifugal: force pulling/pushing an object towards the center.

Inertia: matter continues in its state of motion.

Distance: the length between two points.

Radius: half the distance of a circle.

Materials: String, object and your hand

Hypothesis: A) I think it will go forward because the objects inertia takes over the centrifugal and centripetal forces after the string is released. Inertia continues in a line of motion.

2) Tie one end of the string to the object.

3) Take the end of the string that doesn’t have anything attached to it.

4) Start moving your hand in a circular motion and make the object spin.

5) Keep the object spinning at a constant force or speed.

6) Let go of the string and observe what happens.

2) As the object comes around, place your finger half way of the radius.

3) Let the object spin around your finger.

4) Observe if the speed, after you put your finger, is the same, faster or slower than the speed when you were just spinning the object without you r. (no finger)

The object flew off forward after the spinning.