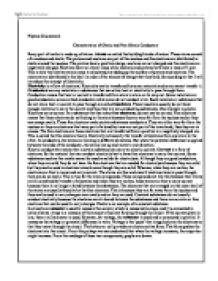 Every part of matter is made up of atoms. Atoms are called the building blocks of nature. These atoms consist of a nucleus and shells. The protons and neutrons are part of the nucleus and the electrons are distributed in shells around the nucleus. The protons have a positive charge, neutrons are not charged and the electrons are negatively charged. Electrons have no overall mass while neutrons and protons both have a mass of 1 unit. This is how the relative atomic mass is calculated, by adding up the number of protons and neutrons. The electrons are distributed in the shell in order of the amount of energy that they hold. So according to that I will introduce the concept of electricity.

Electricity is a flow of electrons. Electricity can be transferred by some materials and some cannot transfer it.

Conductors are any materials or substances that can allow heat or electricity to pass through them. Conduction means that heat or current is transferred from atom to atom on its way out. Some materials are good conductors; some are bad conductors while some do not conduct at all. Such materials or substances that do not allow heat or current to pass through are called insulators. These insulators usually do not have enough electrons to carry the current and thus they are non-conducting substances. One example is plastic.

Electrons carry current. In a substance that has many free electrons, current can be carried. Free electrons means that these electrons do not belong to the atom because they are very far from the nucleus and so they can escape easily. These free electrons make certain substances conductors.

For the given Thermistor the graph shows the different resistance in different temperatures. At 40oC, there will be less resistance because as we already know the temperature causes the electrons to be freed and carry the current. The thermistor also cannot be taken to be an ohmic conductor because of its straight graph. We can understand from this that the amount of current increases when the temperature increases. This means that the thermistor is not an ohmic conductor. If we take the graph of a normal thermistor we will get a graph like the one shown

This graph proves that the thermistor is not an ohmic conductor.

Since we have now seen what ohmic and non ohmic conductors are, we should also see the details of the semiconductors and the energy band theory.

Shown below is the IV graph of the above table for Constantin.

The specifications for the filament bulb is that it is 6V and has a maximum current of 60 mA.

The graph is shown below

The thermistor was tested under the room temperature of 25oC. It had a resistance of 10. Below given is the table that was derived from the readings. These are its IV results

Below is the graph of these readings

Now we will see the heating and cooling effect of the thermistor. The voltage provided was 1.5 V

Heating Effect This is when the temperature is raising.

The formula for the resistance will be V   x 100 because the current reading is in mA.