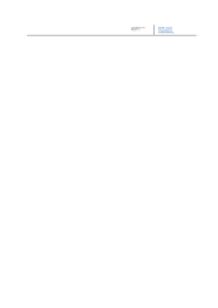 ﻿________________ 2.0 Abstract: From the experiment, we become understand about dynamic equilibrium and Le Chatelier?s principle. Besides, we able to observe the change of an equilibrium when the concentration of a reactant or product is altered. We also know how to predict the effect of concentration changes on chemical equilibrium. This report shows, whenever a system in equilibrium is disturbed the system will adjust itself in such a way that the effect of the change will be reduced or moderated. Changing the concentration of a chemical will shift the equilibrium to the side that would reduce that change in concentration. The chemical system will attempt to partly oppose the change affected to the original state of equilibrium. In turn, the rate of reaction, extent, and yield of products will be altered corresponding to the impact on the system. The principle is used to manipulate the outcomes of reversible reactions, often to increase the yield of reactions. 3.0 Introduction: Introduction: In a chemical reaction, chemical equilibrium is the state in which both reactants and products are present in concentrations which have no further tendency to change with time. This state results when the forward reaction proceeds at the same rate as the reverse reaction. A common misconception is that the concentrations are equal, which is incorrect. Equilibrium is when the forward and reverse reactions occur at the same rate. Le Chatelier is one of the central concepts of chemical equilibria. Le Chatelier's principle can be stated as follows: A change in one of the variables that describe a system at equilibrium produces a shift in the position of the equilibrium that counteracts the effect of this change. ...read more.