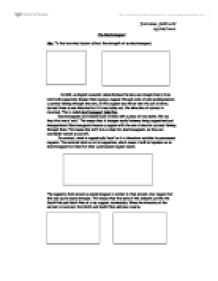 Find out what factors affect the strength of an electromagnet.

Aim: To find out what factors affect the strength of an electromagnet.

In 1831, an English scientist called Michael Faraday and Joseph Henry from USA both separately showed that moving a magnet through coils of wire would generate a current flowing through the wire. If this magnet was thrust into the coil of wires, current flows in one direction but if it was taken out, the direction of current is reversed. This is called electromagnet induction.

Electromagnets are solenoid (coil of wire) with a piece of iron inside. We say that this iron is ‘soft.’ This means that it changes easily between being magnetised and demagnetised. Electromagnets become a magnet with the use of electric current flowing through them. This means the ‘soft’ iron is ideal for electromagnets, as they are constantly turned on and off.

In contrast, steel is magnetically ‘hard’ so it is therefore suitable for permanent magnets. The material holds on to its magnetism, which means it will be hopeless as an electromagnet but ideal for what a permanent magnet needs.

The magnetic field around an electromagnet is similar to that around a bar magnet but this one can be made stronger.

The magnetic field of thismagnetized iron bar can be made much stronger than the solenoid on its own.

I repeated this twice and obtained the results shown below.

I wasn’t satisfied with the first result as it was too big but was happy when I obtained a result of 5.4 the second time.

Analysis: My graph shows that as the current increased, so did the strength of the electromagnet. The graph shows a strong positive correlation as the points are very close to the line o best fit. The two variables are proportional to each other so as one increases, so does the other.