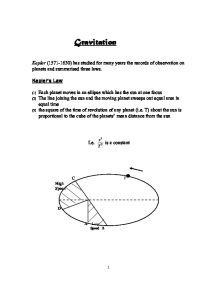 Kepler (1571-1630) has studied for many years the records of observation on planets and summarised three laws. 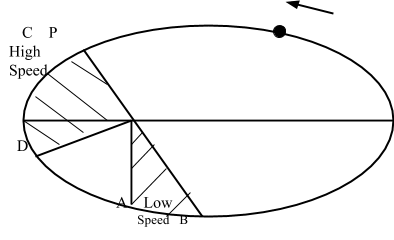 The area swept out in a very short time interval (Δt), neglecting the

small triangular region is A 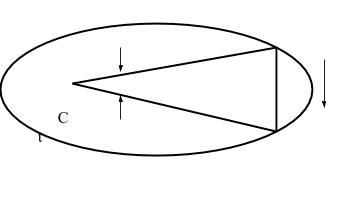 The rate of area swept =

Hence it is a constant.

Compare this equation with the angular momentum

This law is in fact an evidence of conservation of angular momentum.

About 1666, Newton investigated the motion of the moon, and thought that it was the force of gravity to pull the moon and keep it in its orbit

NB: Time between full moon is 29.5 days but this due to the earth also moving round the sun, the moon is therefore to travel a bit longer

At the earth surface g=9.81m . This is due to the fact that we are nearer the earth centre than the moon (about 1:60)

The body describes a circle of radius r centre 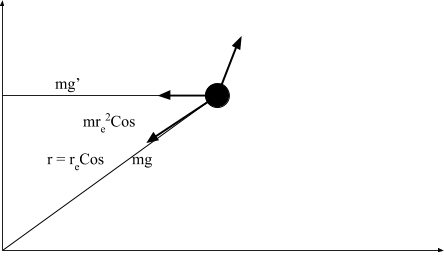 except  at the poles and theequator

Variation of g with height

Consider a small mass placed at A, the spherical shell does not produce

and gravitational field on the point inside it.

Since we assume that the earth has uniform density 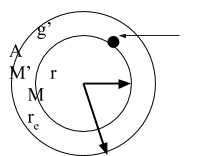 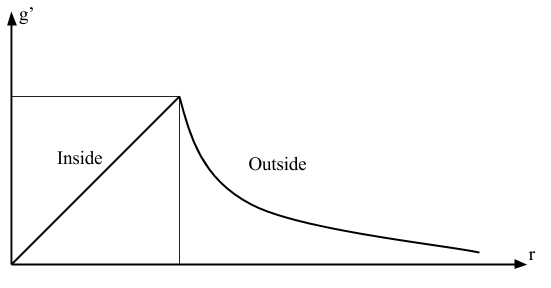 The satellite can state in a fixed orbit with a specified radius, r, and

The earth is rotating, at this orbit; the satellite can stay constantly

Overhead of the earth

Angular velocity of the earth

E.g.7 The masses of the earth and the moon are respectively

and  and they are separated by a

gravitational potential V along the line joining them.

Near the earth, V is dominated by the field of the earth and near the

moon, V is dominated by the field of the  moon. 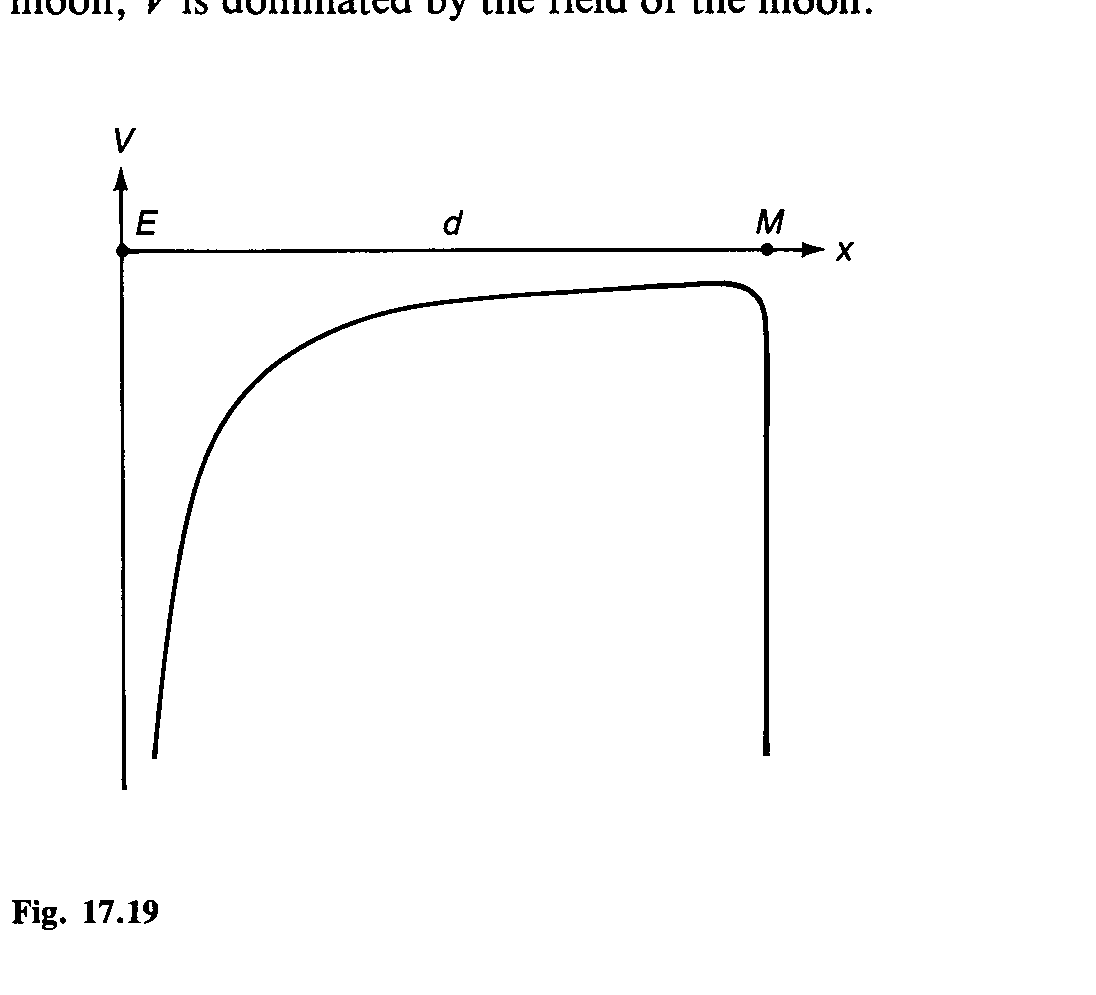 E.g.8 Some satellite, with the necessary electronic equipment inside, rises

vertically from the equator when it is fired. At a particular height

surface and the satellite then turns into the required orbit.

A satellite is to be put into orbit 500km above the earth’s surface.

If it’s vertical velocity after launching is 2000 at this height.

Calculate the impulse required to put the satellite directly into

Suppose u is the velocity required for the orbit, radius R.  Then

Force on the satellite =

Let the impulse P required has the relation shown such that 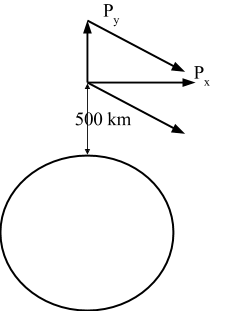