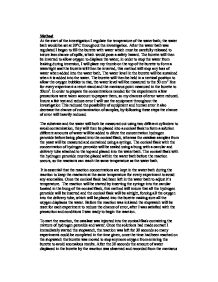 how change in concentration affects decomposition of hydrogen peroxide