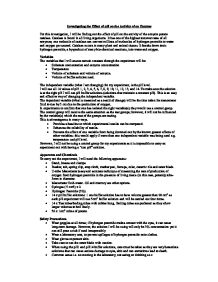 Investigating the Effect of pH on the Activity of an Enzyme

Investigating the Effect of pH on the Activity of an Enzyme

For this investigation, I will be finding out the effect of pH on the activity of the enzyme potato catalase. Catalase is found in all living organisms. It has one of the highest turnover rates of all enzymes; one molecule of catalase can convert millions of molecules of hydrogen peroxide to water and oxygen per second. Catalase occurs in many plant and animal tissues. It breaks down toxic hydrogen peroxide, a by-product of many bio-chemical reactions, into water and oxygen.

The variables that I will ensure remain constant through the experiment will be:

The independent variable (what I am changing) for my experiment, is the pH level.

The dependent variable (what is measured as a result of change) will be the time taken for manometer fluid to rise by 5 cm due to the production of oxygen.

In experiments to confirm that one has isolated the right variable(s) they would use a control group.

The control group will receive the same attention as the test groups; however, it will not be influenced by the variable(s) which the rest of the groups are testing.

This is advantageous in many ways.

However, I will not be using a control group for my experiments as it is impossible to carry an experiment out with having a “non pH” solution.

To carry out the experiment, I will need the following apparatus:

Method/Procedure (refer to Figure 1 for set up of apparatus)

Possible factors that would affect reliability of my results:

Figure 1: Diagram of Apparatus- This is how the apparatus used for the experiment will be set up.

Figure 2: Results table- This is how the results will be recorded. 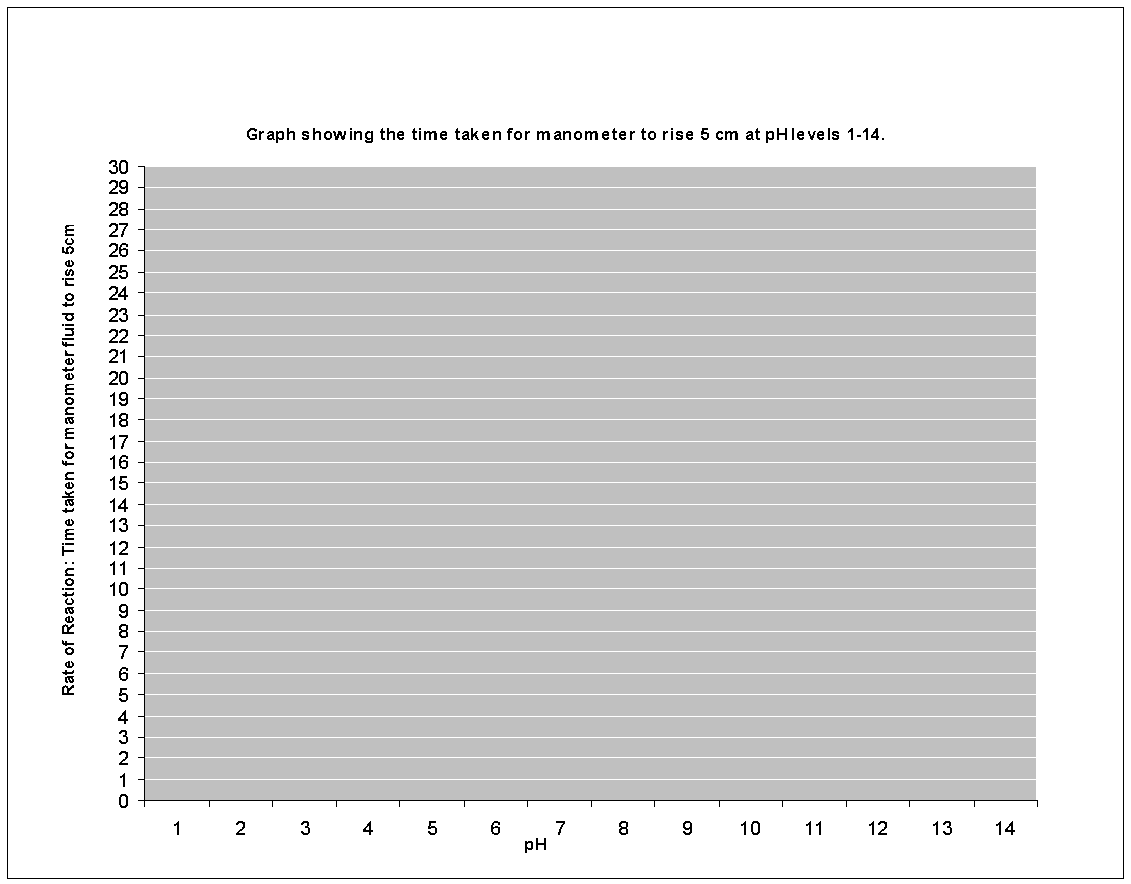