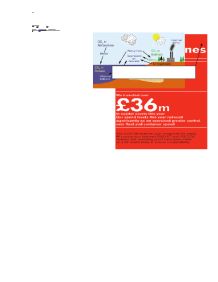 Ecology and managing the environment The effects of human activity on ecosystems and biodiversity Agricultural Practice Biodiversity is a 'measure of the relative diversity among organisms present in different ecosystems. "Diversity" in this definition includes diversity within a species and among species, and comparative diversity among ecosystems.' Monoculture is the practice of producing or growing one single crop over a wide area. The advantages to the farmer of monoculture are, "the reduced plant competition for nutrients, space and solar radiation, control of unprofitable organisms, the reduction of costs by limitation of specialized machinery required for arable operations and to maximize profit from the growing of high gross margin crops." The effects of monoculture on biodiversity are that it will be lower as there will fewer plant and weeds due to the insects eating them and using the plant and weeds for habitat reasons. Like for example eating drinking and staying alive. The benefits of a farmer removing the hedges from his field are that the there will be more area for biodiversity to occur for example when growing plants for human food, the plants need to be consumed so that they can be suitable for human consumption. So by a farmer removing hedges this will leave him with more area to grow more plants for food. The effects on wildlife and biodiversity from removing the hedges are bad as by doing this there habitat are being destroyed. ...read more.

When greenbelts place a policy on parts of land they own that land and use it to increase plant growth and other things such as keeping habitats going for animals. In some cases types of land they have been undeveloped and not looked after the greenbelt will put a policy on that land and look after it for the sake of nature. Some of the problems in developing Brownfield sites are many as there could be different sorts of problems with the land that will be used to make the Brownfield site. For example the land may be very contaminated and before building on the Brownfield you will have to deal with the contamination first. This can be very dangerous as you do not know how contaminated the land is and it can be a health and safety risk to yourself and others. This can lead to spending a lot of money on proper people to deal with the contamination as Brownfield users sometimes look to the government for grants to help them do this. Cost is a big problem as the companies are going to want to know how much it is going to cost to get the land up to regulatory requirements so it is people friendly in other terms. The sort of animals that marshland is an important habitat for are crocodiles as they eat large animals, fish, reptiles and amphibians and by them doing this they keep animals level steady. ...read more.

Water vapor is one state of the water cycle within the hydrosphere. Water vapor can be produced from the evaporation of liquid water or from the sublimation of ice. The greenhouse effect is the process in which the emission of infrared radiation by the atmosphere warms a planet's surface. The natural processes that contribute to the increase of CO2 in the atmosphere are human respiration, fossil fuel burning and bio mass. What humans do in the course of their everyday a life that may lead into an increase in CO2 in the atmosphere is respiring. These two sources of methane release significant amounts of methane. They are natural sources that are released and cannot be stopped as cattle poop and rice fields are things that cannot be taken away from us. These natural sources release 40% of methane emissions into the atmosphere whereas humans release 60%. The contribution of iron and burning of fossil fuels greatly contributed to the greenhouse gases as they release gases the gases which are already greenhouse gases so it increases the amount and damages the atmosphere even more. So by burning less of these two processes it will help to reduce the levels of greenhouse gases because at the minute they are raising the levels which are not good. The effects of burning of the fossil fuels on biodiversity are that the gases released can threaten extinction by genetic pollution. This can lead genetic swamping and that leads to homogenization or replacement of local genotypes as a result of either a numerical or fitness advantage of introduced plant or animal. ...read more.