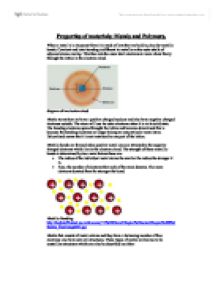 Properties of materials: Metals and Polymers.

When a metal is in its purest form it is made of ions that are held in place by metallic bonds. Covalent and ionic bonding is different to metallic as the outer shells of adjacent atoms overlap. This then lets the outer shell electrons to move about freely through the lattice in the electron cloud. 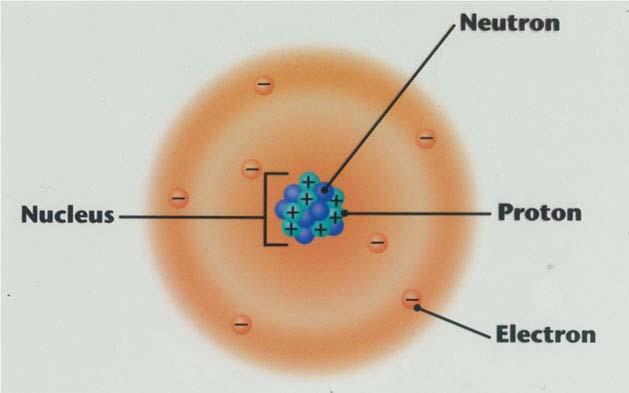 diagram of an electon cloud

Metallic bonds are formed when positive metal ions are attracted to the negative charged electrons which lies in the electron cloud. The strength of these metaillic bonds is determined by two main factors these are: 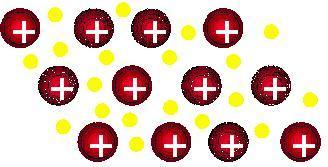 Metals that consist of metal cations and they have a balancing number of free electrons also have unit cell structures. These types of metals are known to be crystalline structures which can also be described as either:

Copper is lightweight and soft metal that has a reddish tint in colour. 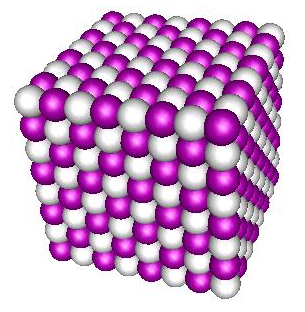 Copper and its physical properties.

Copper has a high melting point and boiling point too as the copper ions have been packed in close together they are found in a fcc structure. Similar to aluminium the copper atoms from one layer arrange themselves so that they then become between the atoms of the layer below. This pattern is then repeated to then build the molecular structure.

Copper is also a good thermal conductor because kinetic energy is able to be easily transferred from the closely packed delocalised electrons. Copper is also extremely good at conducting electricity. When there is an electrical potential placed across a strip of copper then the electrons move from the negative to the positive area of the copper and then the current can flow.

Aluminium is known to be a good thermal conductor as the kinetic energy can be easily transferred from one delocalised electron to the next as they are so closely packed. Because aluminium is a metal it is known to be a good conductor of electricity. This is because of the constant presence of delocalised electrons running through the metallic lattice. When an electric potential is placed across a piece of aluminium then the electrons move from a negative to a positive are of the metal therefore making a current flow.

Aluminium is malleable and ductile as it is a face centred cubic structure and is negatively charged. It also the metal inos are able to slide over each other when being shaped. When the metal ions move they produced new attractions with new delocalised electrons, which changes the shape of the aluminium.

Aluminium is a strong metal but had a low tensile strength compared to other metals when the structure is changed and deformed when stress is applied. This is because the positive ions move and the delocalised electrons move as well maintaining their attraction to the positive ions.