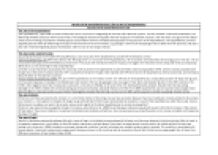 role of neural mechanism in controlling eating and satiation

Ã¯Â»Â¿Neural and Hormonal Mechanisms in the control of Eating Behaviour Neural and Hormonal Mechanisms AO1 The role of the hypothalamus The hypothalamus, a pea sized structure of the brain, has a crucial role in integrating the nervous and endocrine systems. It is also involved in maintain homeostasis, the balancing of bodily processes within certain limits. This biological mechanism regulates the level of glucose in the blood. Glucose is the most basic of sugars and the bodyâ€™s main source of energy. Fluctuations in blood glucose concentration are first of all detected by glucose sensing neurons in the hypothalamus. The hypothalamus can then regulate glucoses levels by influencing the output of insulin and anti-insulin hormones, e.g. glucagon. Both insulin and glucagon are secreted from the pancreas, and play a key role in maintaining blood glucose homeostasis within a very narrow range of values. The dual-centre model of eating According to the dual centre model of eating behaviour, two structures of the hypothalamus provide the homeostatic control. Lateral hypothalamus (LH): Often described as the â€˜feeding centreâ€™ or â€˜on switchâ€™ of the hypothalamus, the LH contains cells that detect levels of glucose in the liver. ...read more.

Ghrelin levels are detected by receptors in a part of the hypothalamus called the arcuate nucleus. When levels rise above a set point, the arcuate nucleus sends signals to the lateral hypothalamus to secrete neuropeptide Y. Ghrelin is now known to be an appetite stimulant in humans. Alison Wren et al. (2001) found that given intravenously, ghrelin caused a short term increase in the amount of food eaten. The amount of ghrelin circulating in the bloodstream doubles just before a meal, decreasing very quickly afterwards, and is closely correlated with subjective feelings of hunger. The role of leptin Leptin is a hormone produced by adipose (fat) cells. Levels of leptin in the blood increase along with fat levels, and these are detected in the brain by the VMH. As leptin is an appetite suppressant, it contributes to the VMH satiety mechanism outlined above. Once levels increase beyond a certain point, the individual feels full and stops eating. Julio Licinio et al. (2004) studied an extremely rare genetic condition in which individuals are unable to produce leptin naturally. ...read more.

E: Therefore Woods (2004) suggests that the view that the LH feeding centre always detects falls in blood glucose levels and stimulates hunger is outdated. In fact, this only occurs in â€˜emergencyâ€™ conditions of severe energy deprivation. L: This suggests that a purely biological approach to understanding eating behaviour tends to ignore potentially important non-biological factors that may be more influential. Non-human animal research P: Another limitation for the neural and hormonal explanation is that much of what we understand about it comes from research with non-human animals, especially rats. E: For example research into the neurotransmitter neuropeptide Y (NPY) which is associated with the LH was done on rats. It was found that when NPY was injected to the hypothalamus of rats, they would eat excessively and eventually become obese as the injections continued. E: However, it is important to be cautious about extrapolating such findings to humans without considering the differences between species that may make such generalisations invalid. L: As a result, we are unable to apply research findings on neural and hormonal mechanisms to humans. It may be that human eating behaviours may differ to those of rats. ...read more.