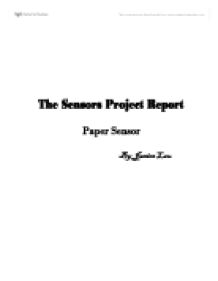 Alternative ways that experiment can be set up

From all the choices above, the potentiometer is chosen because it is more related to the work in the syllabus and it is one of the most accurate ways to measure among the others that have been suggested. To make the sensor more sensitive, another variable resistor is used to allow it to become more sensitive. The physics will be explained afterwards as a potential divider.

make sure all the apparatus works properly (e.g. multi-meter is working properly with enough batteries)prevent getting paper cut from the paperpapers are stacked properly so all the papers are measured by the potentiometer to get more accurate results

The following table show the preliminary results that is tested to show the about trend of the experiment. 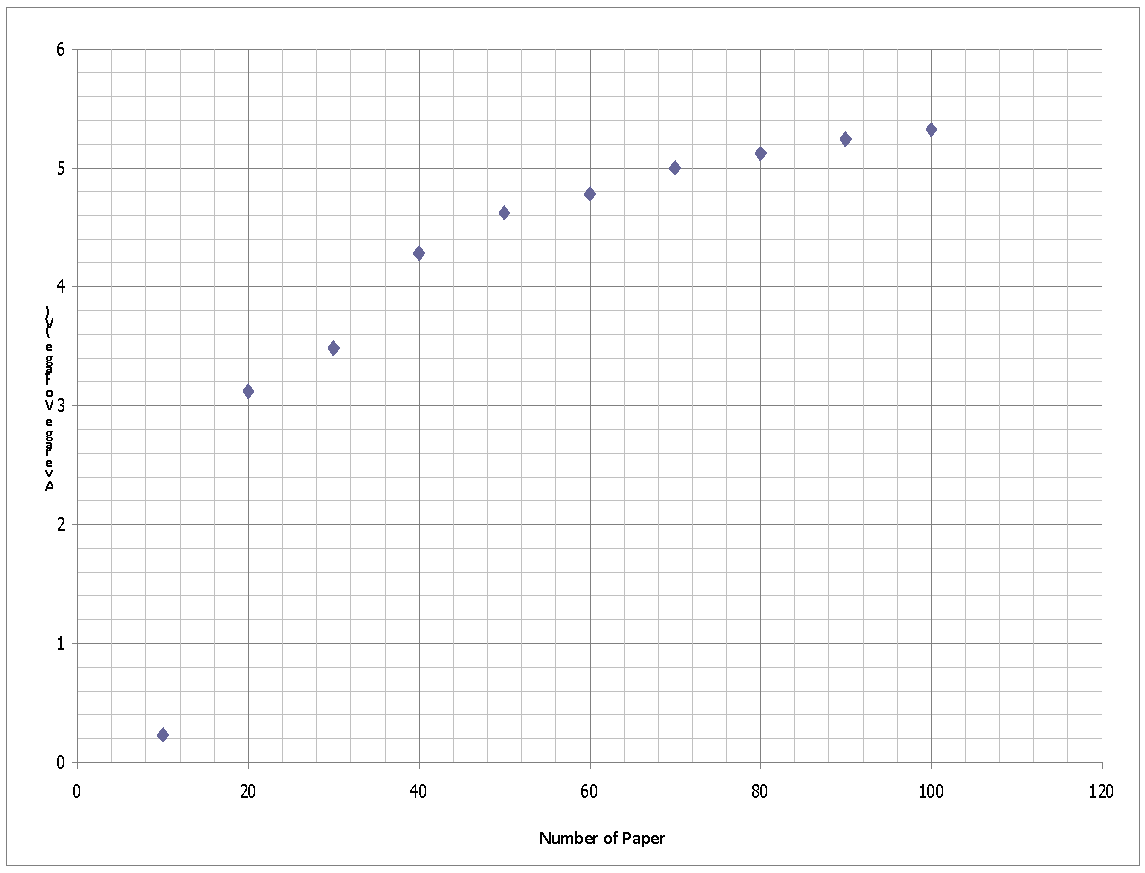 Diagram of the Circuit 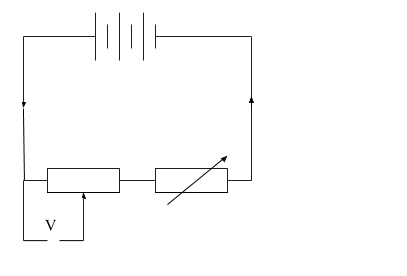 How does a potential divide work?
A potential divider circuit is one that contains more than one resistor in series. The output to the circuit is taken across a certain number of these resistors and therefore the voltage can be controlled. The amount of voltage is dependent on the ratio of the resistors 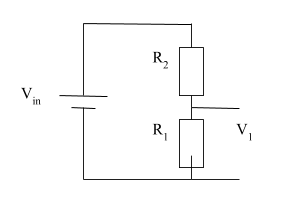 This can also be set up with a variable resistor instead of separate resistors. The length of the resistor that has the voltage measured across it will determine the amount of voltage output. 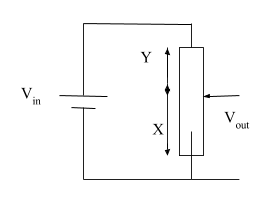 The sensitivity of a sensor can be determined by the ratio of the two resistors. If the fixed resistor is very large in comparison to the detector then small changes will go unnoticed therefore in the experiment another variable resistor is used and is put to the smallest resistance.

The maximum voltage of the sets of results is 5.

Improvement of the experiment

It is better to have a wider range of results, to do the experiment with the whole of the potentiometer because in the experiment only small part has been used. Other than that, what should be dependent on is not the number of paper should be both the thickness of the paper and the number of paper.  Then a power supply should be used instead of batteries so it has a higher voltage which helps to increase the accuracy of the sensor. Another thing is a linear potentiometer should be used so readings can be read more easily although a log potentiometer does not give such large values.

Fitness for the purpose

Because the range of the position sensor is from 0N to 6.86N which is too small that we cannot use the position sensor to measure something which give out a lot of sheets of paper (length). So, it is a good choice to use the potentiometer to act like a sensor which measures some thinner sheets. However, we need to overcome the fluctuation of the voltage in multimeters so that we can have a wider range and more accurate results. However generally it can roughly tell the number of sheets of paper so it fits the purpose.