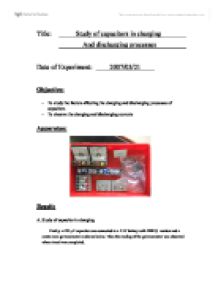 Study of capacitors in charging And discharging processes 1 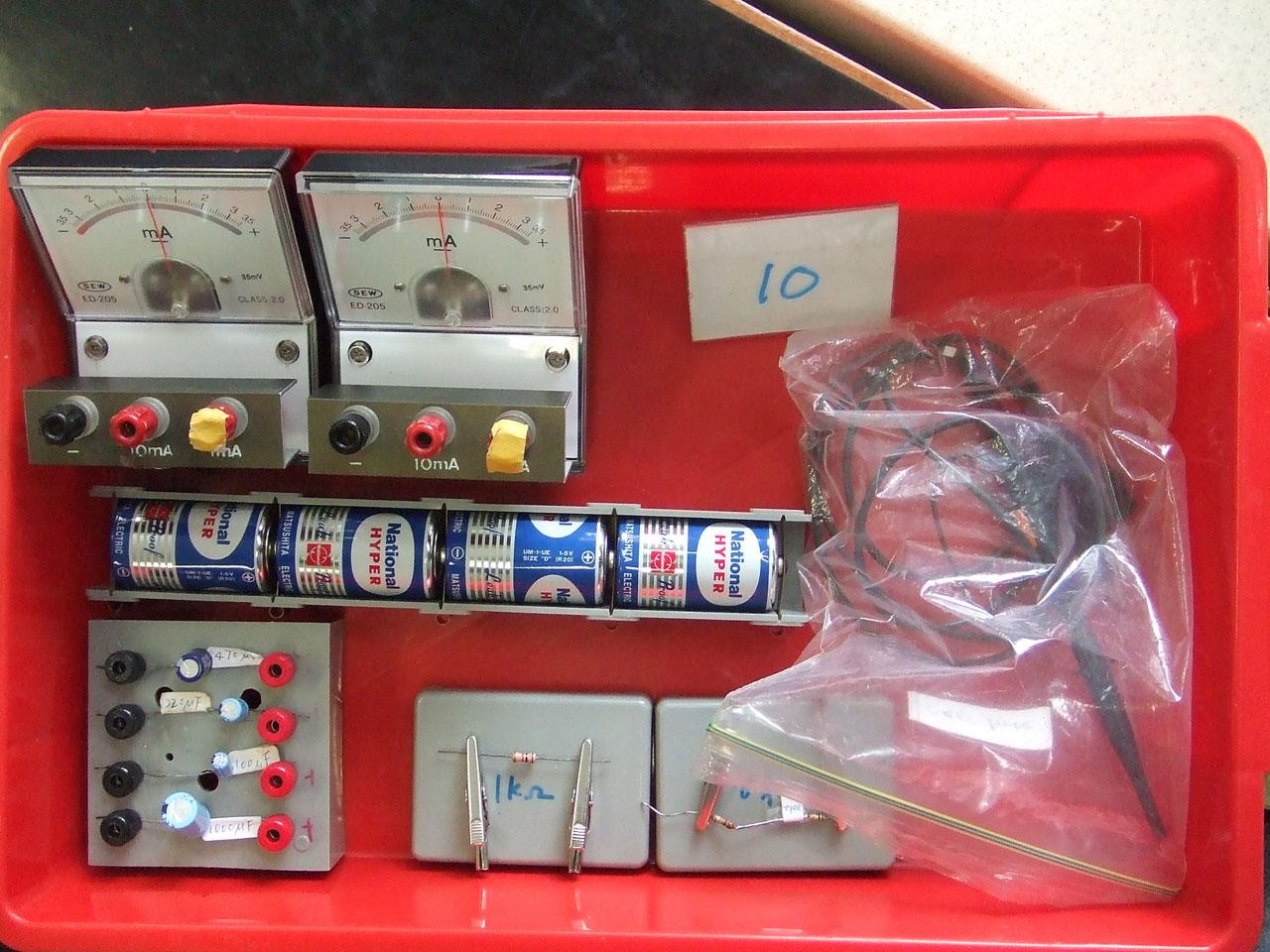 Firstly, a 470μF capacitor was connected to a 1.5V battery with 1000Ω resistor and a centre-zero galvanometer as shown below. Then the reading of the galvanometer was observed when circuit was completed. 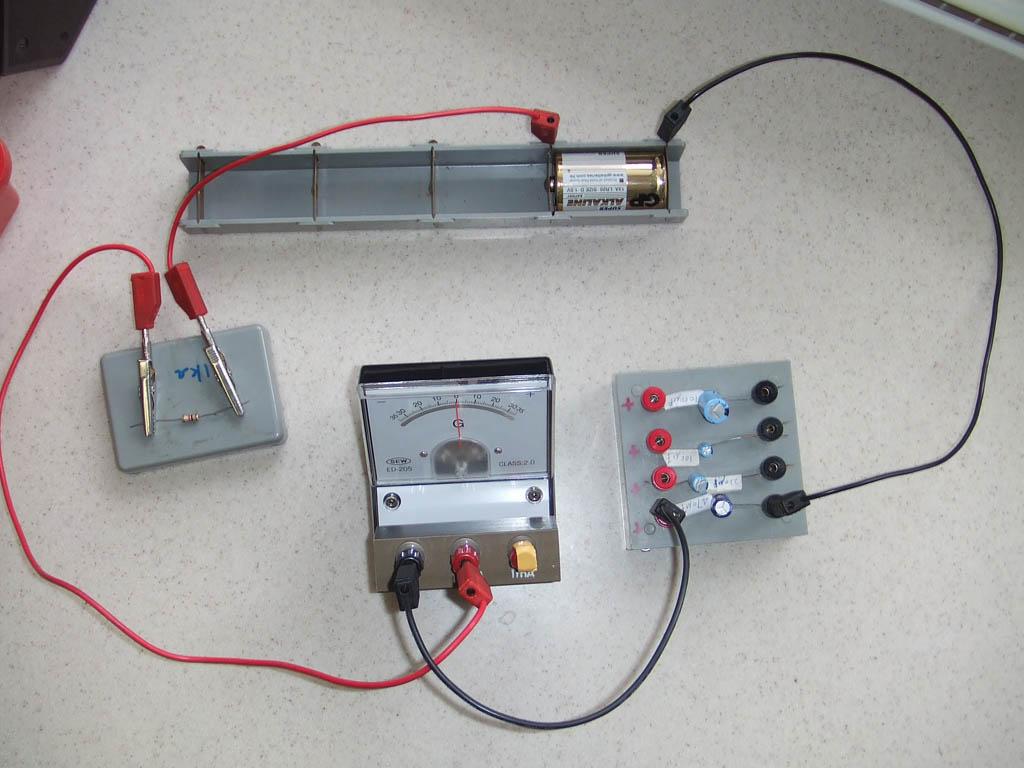 When the circuit was completed, the reading of the galvanometer increased from 0mA to 1.14mA instantaneously at once. Then the reading decreased to 0mA gradually.

Both sides of the 1.5V cell was connected it a wire shown by the dash line in figure above. Then the reading of the galvanometer was observed when circuit was completed. 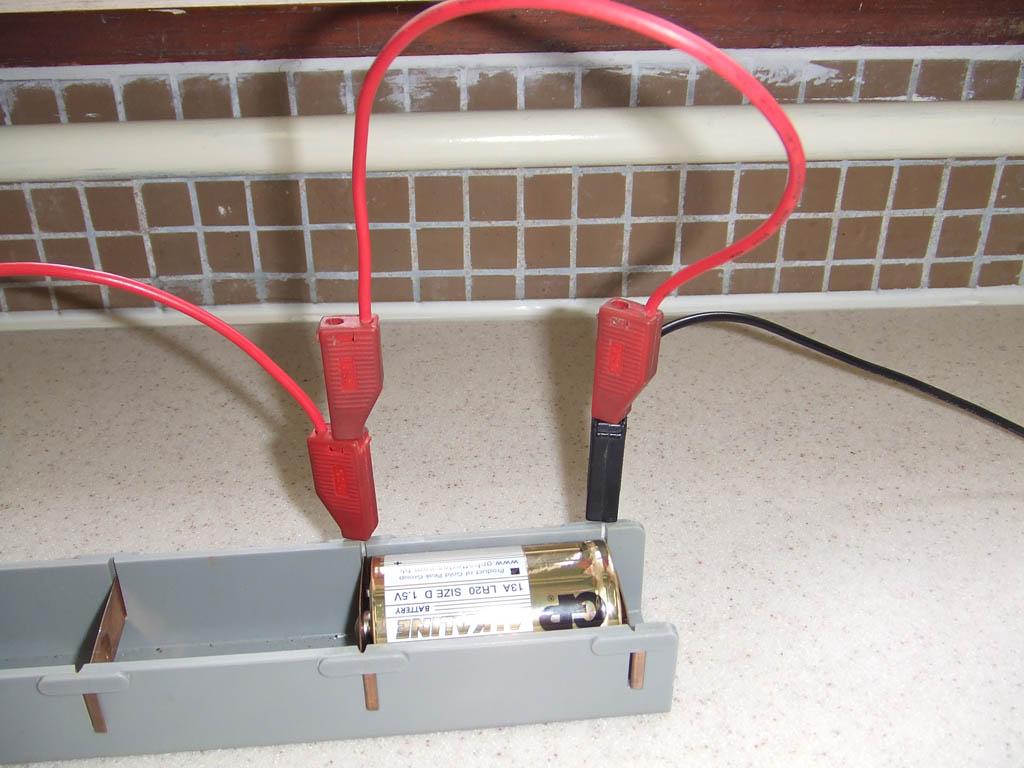 When the wire was connected,the reading of the galvanometer decreased from 0mA to –1.14mA instantaneously at once. Then the reading increased to 0mA gradually. The case was similar to Part A of the experiment but with opposite direction.

Part A and B were repeated with the other capacitors (100μF, 220μ

The patterns of the two current pulses were similar. During charging, the voltage increased to a maximum at once, and then slowly decreased down to zero. During discharging, the pattern was similar to that 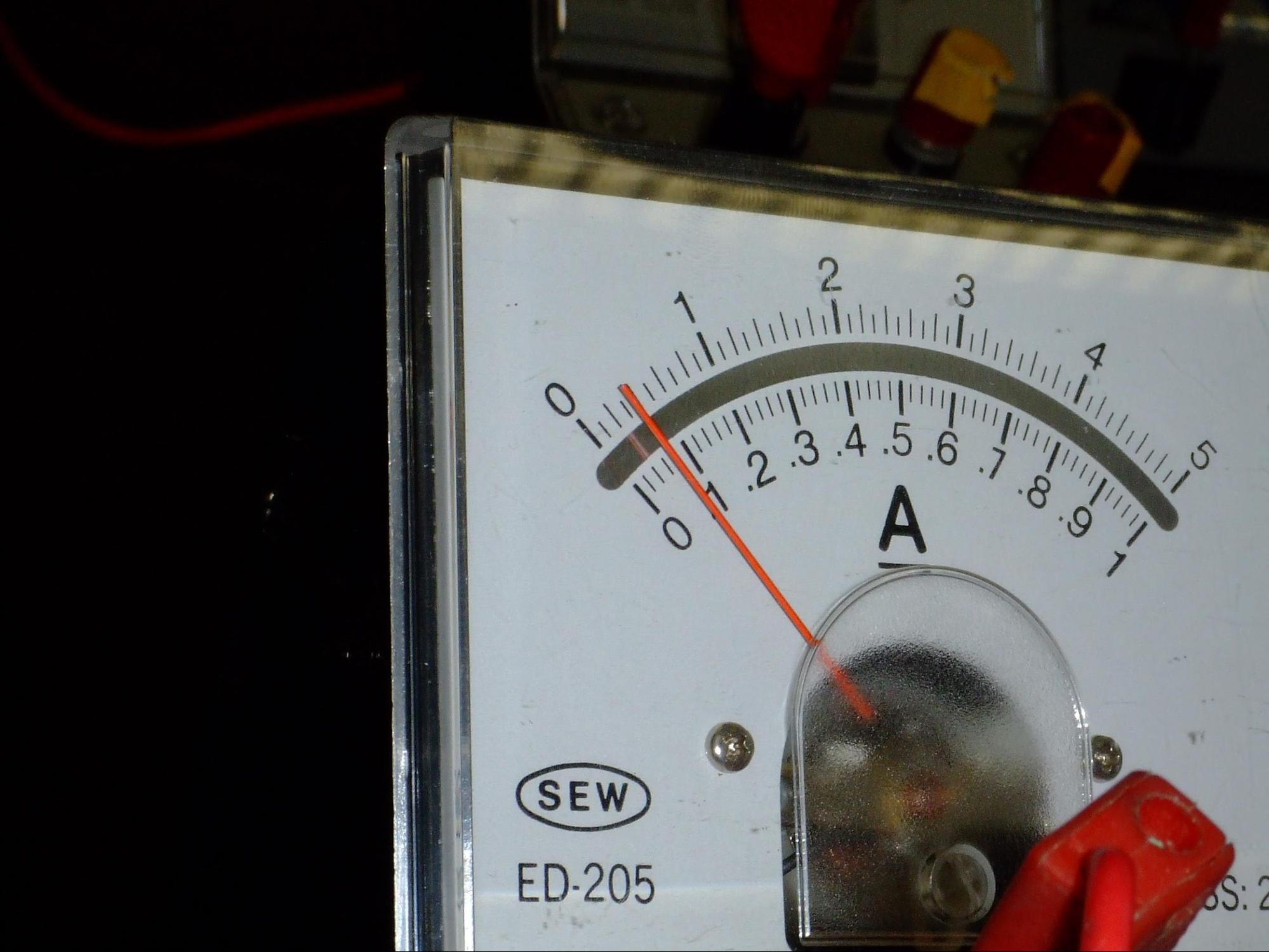 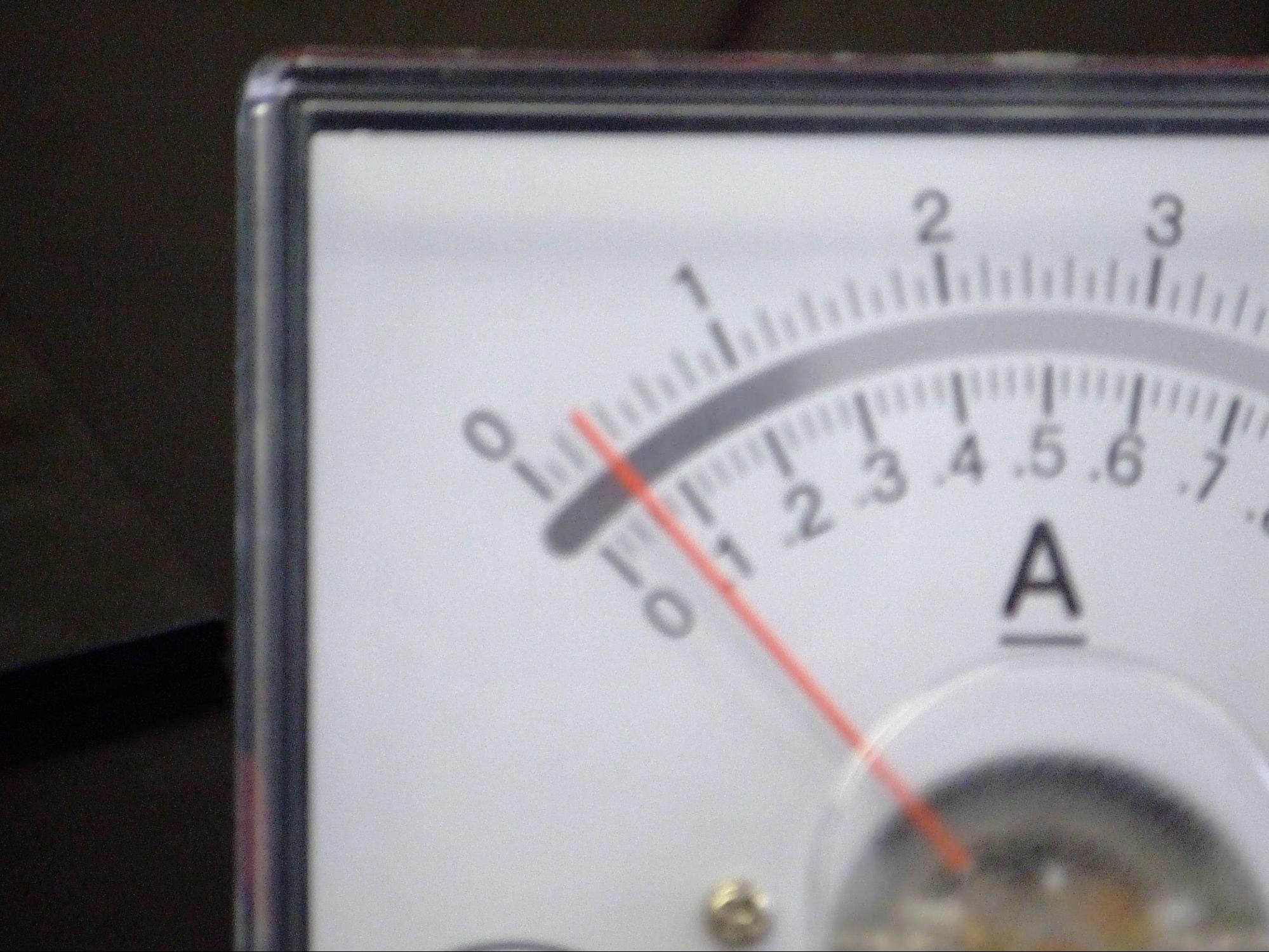