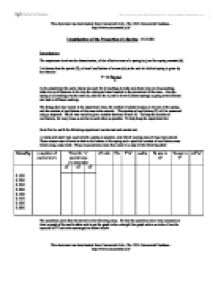 The experiment involves the determination, of the effective mass of a spring (ms) and the spring constant (k).

The experiment involves the determination, of the effective mass of a spring (ms) and the spring constant (k).

It is known that the period (T), of small oscillations of a mass (m) at the end of a helical spring is given by the formula:

In this experiment the same clamp was used for all readings to make sure there were no miss-readings taken due to differences in the way the clamp and stand reacted to the movement of the mass.  Also the spring in all readings was the same as, after all the ms and k of two different springs is going to be different and lead to different readings.

So to find ms and k the following experiment was devised and carried out:

When planning the experiment, there were two methods of obtaining information about the spring, which were discussed one being the one decided upon.  The other being a way of finding out the spring constant (k), by just measuring the extension (x) of the spring, with different sized weights attached to the spring. Which would have given a straight-line graph going through the origin, where the gradient of the line would give the value k.

As shown in the graph below: 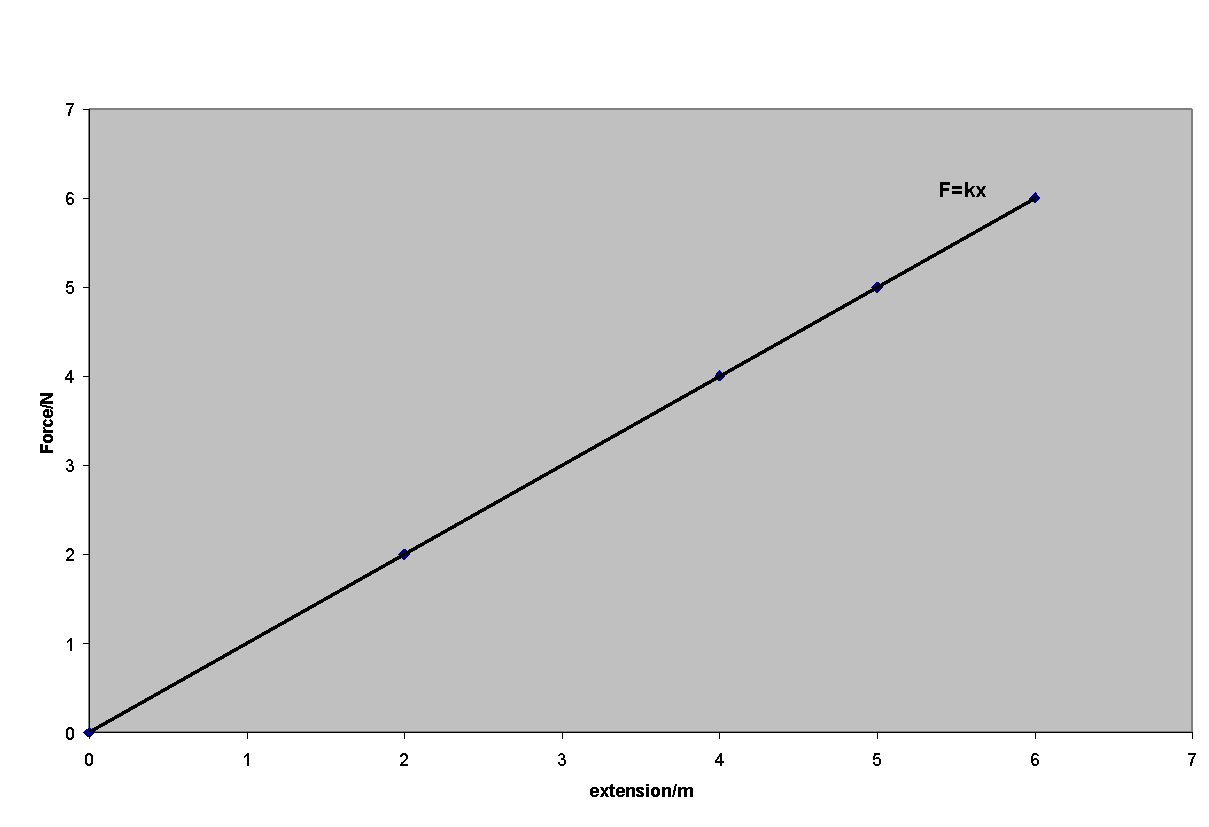 This experiment was chosen over the other one, as not only can k be found but ms 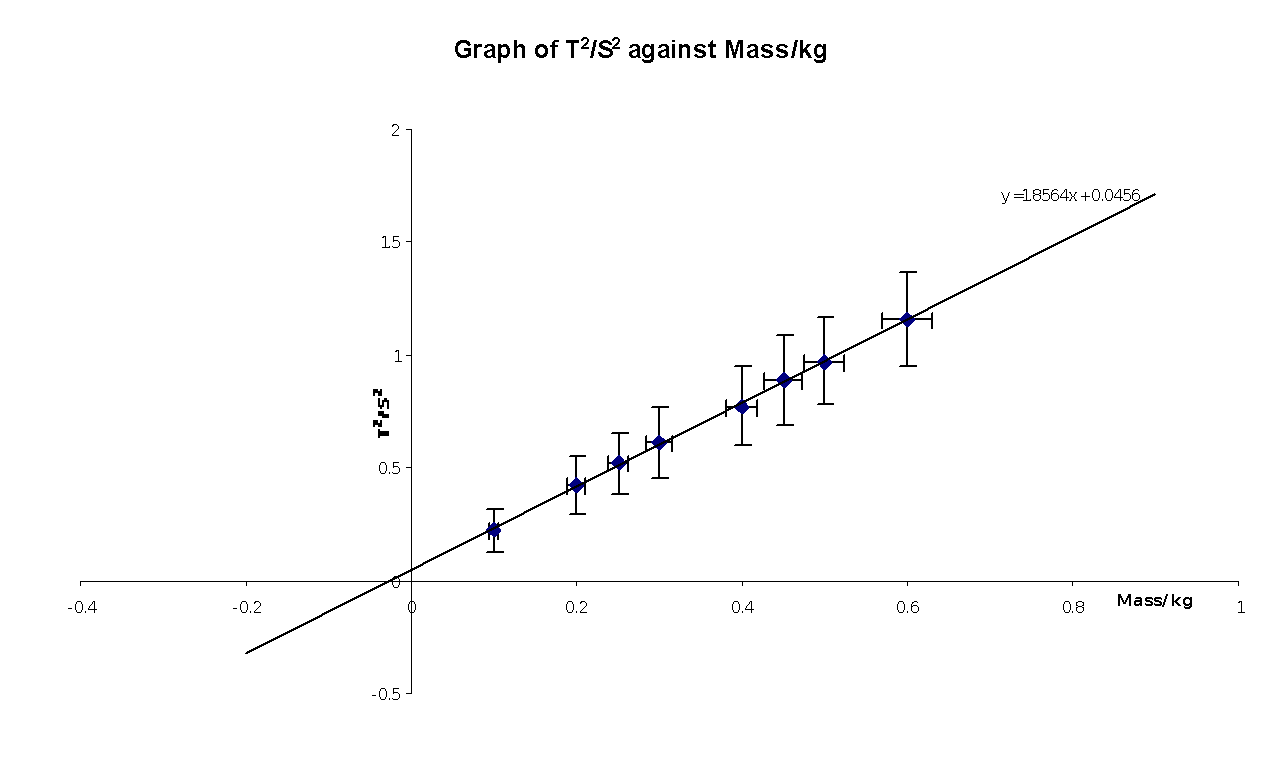 The experiment could have been improved in the following ways: