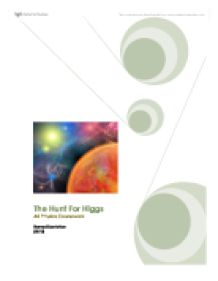 The Hunt for the Higgs Boson 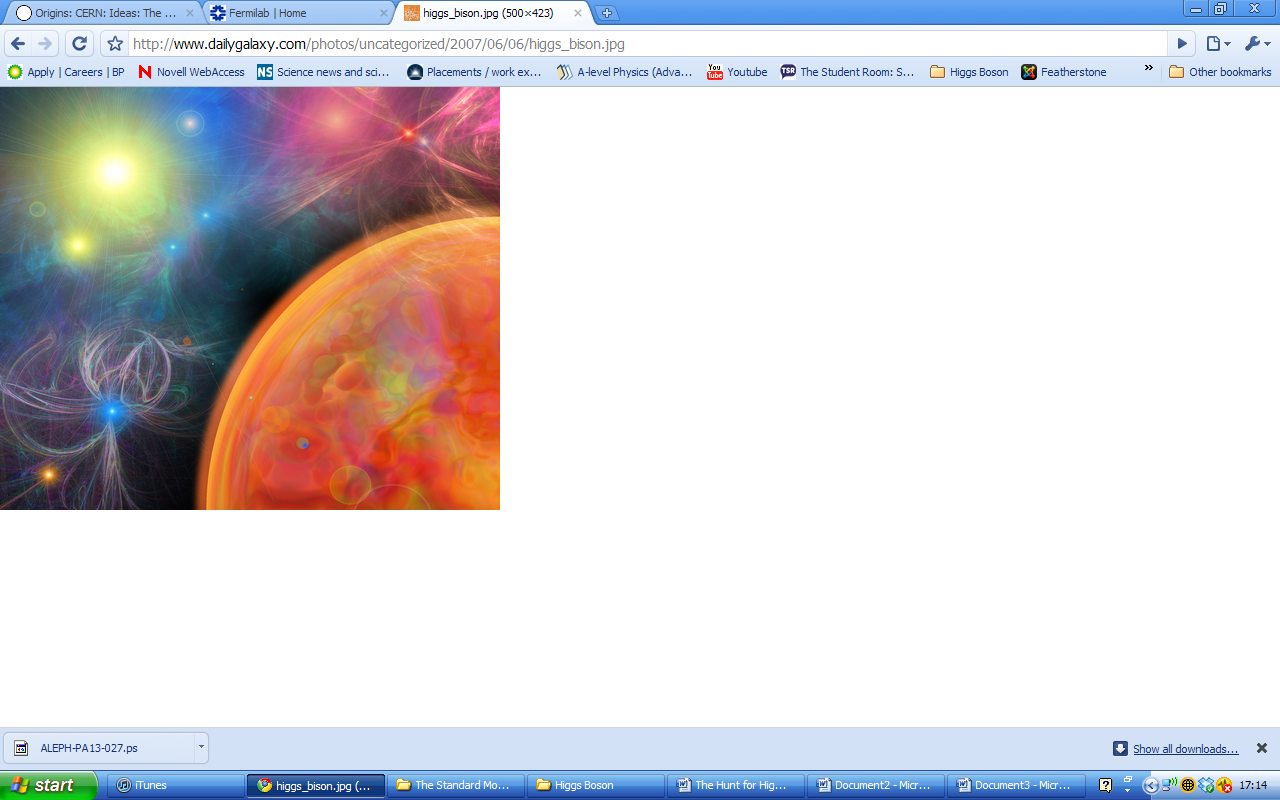 The Standard Model of Elementary Particles        3

The Standard Model of Elementary Particles

The ‘Standard Model of Particle Physics’ describes the interactions between particles, where the fundamental force carriers are treated as mass-less particles. It is the theoretical framework that is used to explain the relations between complex particles and forces. The theory was first introduced by Sheldon Glashow through the electromagnetic and weak interactions, but was then developed on Steven Weinberg and Abdus Salam. Although the Standard Model is able to explain the interactions between quarks, leptons and bosons, it does not include an integral property of particles, mass. 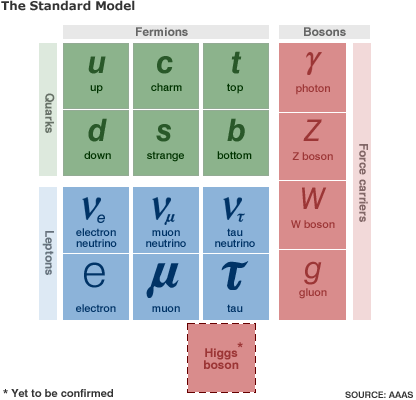 This is just a hypothetical theory but if true, an extra particle called the Higgs boson should exist. A disturbance in the Higgs field is in actual fact a Higgs boson.

The Higgs Field is defined as:

A field hypothesized to account for spontaneous symmetry breaking in the standard model.

What is the Higgs Mechanism?

The Higgs mechanism can be defined as:

A theoretical framework which explains how the masses of the W and Z bosons of the standard model, arise through spontaneous electroweak symmetry breaking (the Higgs field).

The Higgs mechanism then explains how massive, sub-atomic particles obtain mass. Different particles interact with the Higgs field differently with different strengths; hence some particles are heavier than others.

The whole Higgs ‘theory’ supposedly sums up the mystery of mass but it has not been discovered yet. Physicists and engineers at the Large Hadron Collider and Fermilab Tevatron have been working on the discovery of the Higgs boson. There are speculations that the Higgs boson can be discovered in more ways than one.

Although the LHC cost £3.4billion, it allows testing of theories and ideas such as the Higgs theory. The social impact of this is that the questions asked and also the answers found as a result, can be so  fundamental that they can only be applied in the future, if at all.  Yet there is a possibility of a discovery that can be applied almost immediately such as medical, consumer and industrial technologies.

The discovery of the Higgs boson would shine light on the origin of mass and would widen our knowledge. It would prove key theories in particle physics and quantum dynamics. It is the last remaining particle of the ‘Standard Model’ that has not been detected; all other particles have been proven to exist through experiments. If the LHC was to develop enough energy for an observable Higgs boson then we would understand why matter has mass. From that point then we can move onto proving other theories and ideas using the principle of the Higgs Boson.