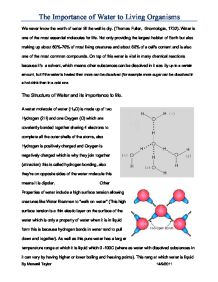 The importance of water to living organisums

The Importance of Water to Living Organisms

We never know the worth of water till the well is dry. (Thomas Fuller, Gnomologia, 1732). Water is one of the most essential molecules for life. Not only providing the largest habitat of Earth but also making up about 60%-70% of most living creatures and about 80% of a cell’s content and is also one of the most common compounds. On top of this water is vital in many chemical reactions because it’s  a solvent, which means other substances can be dissolved in it easily up to a certain amount, but if the water is heated then more can be dissolved (for example more sugar can be dissolved in a hot drink than in a cold one

The Structure of Water and its importance to life.

A water molecule of water (H2O) is made up of two Hydrogen (2H) and one Oxygen (O) which are covalently bonded together sharing 4 electrons to complete all the outer shells of the atoms, also Hydrogen is positively charged and Oxygen is negatively charged which is why they join together (attraction) this is called hydrogen bonding, also they’re on opposite sides of the water molecule this means it is dipolar.                                              Other Properties of water include a high surface tension allowing creatures like Water Boatmen to “walk on water” (This high surface tension is a thin elastic layer on the surface of the water which is only a property of water when it is in liquid form this is because hydrogen bonds in water tend to pull down and together). As well as this pure water has a larger temperature range at which it is liquid which 0-100C (where as water with dissolved substances in it can vary by having higher or lower boiling and freezing points). This rang at which water is liquid is strange considering other molecule that are similar but without dipoles are gasses at this range. But despite this water can still evaporate at low temperatures (for example puddles), this occurs because singularly water molecules if they have enough energy will evaporate on their own. When frozen, waters strange ability’s continue to amaze because of it low density when it is ice acting as a great insulator to water below which is vital for pond life in the winter when the tops of ponds freeze. Obviously the top of the pond is frozen but underneath the water remains at about 40C because the water expands, losing its density therefor providing a great insulating layer which helps keep fish and water plans stay alive water also contains dissolved water which is why plant and animals can live in it in the first place.                                           Water is a solvent which means the many chemicals can be dissolved in it but because it is also a dipole it also will dissolve many ionic substances (which are made of positive and negative ions) such as sodium chloride (NaCl which is a salt), when dissolved the positive and negative ions separate and become surrounded by water molecules. They also dissolve polar (compounds with covalent bonds that have different charges on each side if the molecule which don’t usually dissolve in organic substances for example ethanol) and non-polar (chemicals that don’t form ions) substances these are collectively known as aqueous solutions. This ability of water also helps the human body transport things round the body (through bloodwhich is and emulation of cells and platelet held in plasma) like vital nutrient need to keep the body alive and running (for example (glucose) but also chemicals (hormones) that help us know how to feel as well as controlling the body to an extent (for example growth) and transports antibodies (which destroy pathogens) and antitoxins (which neutralise poisons) via the white blood cells. Water is also an amphoteric which means it can be both an acid (proton donor) and a base (proton accepter) because it forms H+ and OH- ions, helping to prevent chemical reactions changing the pH inside cells. 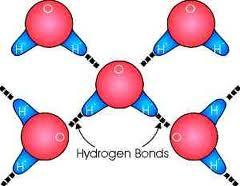 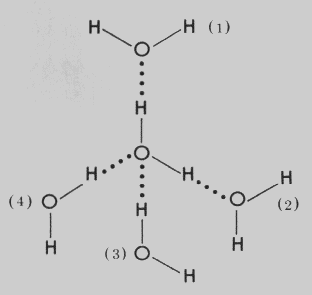 Photosynthesis is a photochemical reaction in green plants that involves the production of carbohydrates from water (taken in by the plants roots), sunlight (used for energy) and carbon dioxide (CO2from air). It mainly takes place in the palisade cells where the chlorophyll absorbs the sun light to use for energy.

Most of the food created for the plant is used up for the plants growth but if there is too much sun light on one day the food that is not needed is stored in the cells as starch and more oxygen is given off.              Similarly with the movements of the fluids in photosynthesis, if the plant tacks on too much water or there is too much water in the soil then transpiration takes place which is where Water is taken thought the root hairs, then is pulled up the xylem and released as water vapour at the bottom of the leaves through a hole in the stoma, then the water is replace by water in the inner cells. This also helps understand why when a leaf “dies” it goes brown on the outer edges of the leaf; this is because the water concentration is not high enough in the central cells to force water to the outer cell where it has been lost through vaporisation.         Conclusion

In conclusion water has vast variety of uses of which only a small amount has been mentioned hear. Yet our live and that of every other living thing is completely dependent on water, because without water we would have not only been unable to evolve because we would be without oceans but also there would be no oxygen created by plant to breath and on top of that no plants to create the oxygen in the first place because there would be no water to make the cells the construct the plant. So without water no life could exist.

This essay has a reasonably good introduction, I like the addition of the quote, it makes the essay enjoyable to read. However you should use your introduction to outline the topics that you plan to discuss and the candidate fails ...

This essay has a reasonably good introduction, I like the addition of the quote, it makes the essay enjoyable to read. However you should use your introduction to outline the topics that you plan to discuss and the candidate fails to do this. The candidate attempts to give a fairly explicit response, though they never seem to fully answer the set question. You should make sure that you always answer the initial question, in this case why is water important to organisms?

The candidate does give some suitable suggestions to the importance of water, however I feel they have missed some key ideas. Such as hydrolysis which is the splitting of a molecule with the addition of water, this is an important biological function. Also they have failed to mention the most essential point, that humans and many other animals rely on water to keep hydrated, we need it for survival. On a positive note the candidate goes into a suitable level of depth when discussing their points, this is clear in the second paragraph where they describe in detail the chemical make-up of a water molecule and how this is relevant to the way in which the human body transports nutrients. This shows a good understanding of biological and chemical principles. In addition the candidate seems to have undergone independent research, a good example of this is the additional information given about the surface tension of water and how this allows certain animals to walk across the surface of water. This shows an interest in the subject and makes the essay more enjoyable to read. Finally the candidates conclusion is weak, though they do attempt to bring the essay to a close. A conclusion should summarise your key points and ideas (in this case the main reasons why water is important to organisms). In addition this gives you a chance to leave the reader with a good impression.

The quality of writing in this piece of work is low. There are several instances in which sentences do not seem to flow and in general the language used is poor, much lower than I would expect from a candidate at this level of qualification. There are several issues with spelling, mostly these are typos with the odd letter missing. In addition the use of vocabulary is poor and I would have liked to see the candidate use appropriate scientific terms. The combination of these errors results in this piece of writing being quite difficult to read.