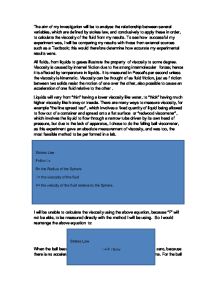 Viscosity Experiment. The aim of my investigation will be to analyse the relationship between several variables, which are defined by stokes law, and conclusively to apply these in order, to calculate the viscosity of the fluid from my results.

The aim of my investigation will be to analyse the relationship between several variables, which are defined by stokes law, and conclusively to apply these in order, to calculate the viscosity of the fluid from my results. To see how successful my experiment was, I will be comparing my results with those from external sources such as a Textbook; this would therefore determine how accurate my experimental results were.

All fluids, from liquids to gases illustrate the property of viscosity to some degree. Viscosity is caused by internal friction due to the strong intermolecular forces; hence it is affected by temperature in liquids. It is measured in Pascal’s per second unless the viscosity is kinematic. Viscosity can be thought of as fluid friction, just as friction between two solids resist the motion of one over the other, also possible to cause an acceleration of one fluid relative to the other.

Liquids will vary from “thin” having a lower viscosity like water, to “thick” having much higher viscosity like honey or treacle. There are many ways to measure viscosity, for example “the line spread test”, which involves a fixed quantity of liquid being allowed to flow out of a container and spread onto a flat surface or “redwood viscometer”, which involves the liquid to flow through a narrow tube driven by its

The next step involved me placing a big white piece of paper behind each cylinder as an ordinary backdrop, this will enable me to identify the ball easier and distinguish while it is falling.

Results for experiment showing “How different size ball bearings affect the Viscosity of the Fluid?”

Below I have shown the graph, for “the effect on temperature on Viscosity” 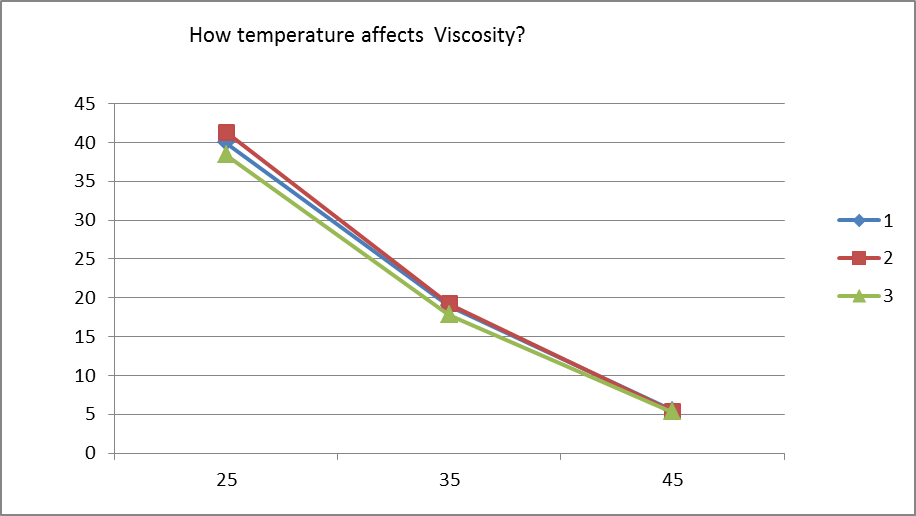 The above graph shows a strong negative correlation, the increase in temperature shows the decrease in time. From this graph I can say that this graph is inversely proportional. From these results I am also able to construct a distance- time graph. The gradient of the graph will show the velocity of the ball. 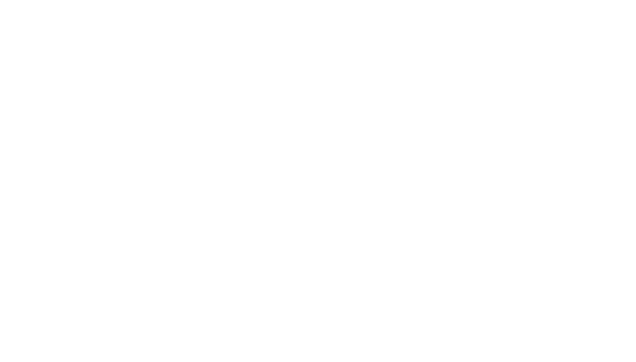 It was necessary to repeat readings, because this would keep my experiment reliable and accurate. I however did not have any odd results, if I was to have any outliers in my results, it would be most likely to be activating and deactivating the stopwatch. The ranges of results were within 1 degree of each other results.

The variables that I will have to keep constant in my first experiment (temperature effect on viscosity). I will be keep the temperature as the dependant variable and keep all other variables as the independent variables, for example the size of the ball bearing, the same liquid and the same atmosphere. All my variables will be kept constant, the same ball bearing will be used each time, and I will have to use a magnet to take out my ball bearing from the fluid, and then be washed under cold water and then dried on a paper towel. This will keep my experiment fair.